If You’re Worried About FaceApp Sending Your Photo To Russia, You’re Missing The Big Picture 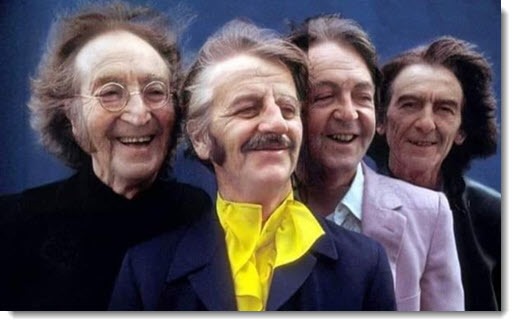 FaceApp is a popular phone app that uses AI on selfies to make you look older. It’s cute. It had a resurgence recently when some celebrities posted photos of themselves with wrinkles and grey hair, and then a lot of people freaked out because they realized the app does its work by uploading your picture to Russia. (Evil laugh.) And the terms of service provide that you’ve given up the rights to that image because now it’s in RUSSIA. (Lightning and thunder crashes outside the castle.) They’re going to build a database of American faces . . . in RUSSIA! (Horses whinny nervously.)

“Russians now own all your old photos,” The New York Post proclaimed in a headline. Leaders of the Democratic party warned campaigns to delete the app ‘immediately.’ Sen. Chuck Schumer asked the FBI and FTC to investigate whether pictures could be shared with foreign governments, like RUSSIA!! (A flash of light illuminates a silhouette of a figure holding a knife.)

But that’s not all! The wildly popular video app TikTok (ask your kids) stores videos on servers in China!!! (Quick cut to stock footage of atomic bomb exploding.)

Are you worried about FaceApp? Have you deleted it from your phone? Oh, you poor thing, they’re distracting you, and you’re completely missing the big picture. Your adorable mug is already in so many facial recognition databases that a selfie in Russia doesn’t warrant a second thought.

“Dozens of databases of people’s faces are being compiled without their knowledge by companies and researchers, with many of the images then being shared around the world, in what has become a vast ecosystem fueling the spread of facial recognition technology.

“The databases are pulled together with images from social networks, photo websites, dating services like OkCupid and cameras placed in restaurants and on college quads. While there is no precise count of the data sets, privacy activists have pinpointed repositories that were built by Microsoft, Stanford University and others, with one holding over 10 million images while another had more than two million. . . .

“Tech giants like Facebook and Google have most likely amassed the largest face data sets, which they do not distribute, according to research papers. But other companies and universities have widely shared their image troves with researchers, governments and private enterprises in Australia, China, India, Singapore and Switzerland for training artificial intelligence, according to academics, activists and public papers.”

Facial recognition tech is one of the fastest-growing areas of technology, used by government contractors for law enforcement and security agencies and increasingly also turning up in the private sector. There is virtually no legislation that covers facial recognition, no regulations, no legal restrictions on how data is accumulated or used. 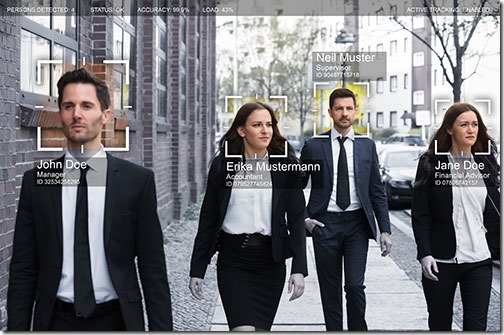 There are cameras everywhere.

You see some of the cameras – at street intersections and on the sides of buildings, for example, and on the ceilings of virtually every retail establishment. There are oh, so many more cameras! The DEA and ICE have embedded cameras in street lights and those orange traffic barrels. Some billboards have integrated cameras. From Fast Company: “Singapore Airlines was caught secretly recording the phone screens of consumers using their app. Then, a traveler discovered that the airline also had cameras embedded in the in-flight entertainment systems on the back of every chair. Journalists then discovered that the creep of seat-back surveillance wasn’t confined to Singapore: Other airlines including United and Delta have installed cameras on their seats too.”

Taylor Swift’s security team installed cameras with facial recognition software inside the selfie booths at her Reputation tour. The same company has supplied cameras “at Nascar tracks, Daytona Beach’s luxury mall and at the Redskins’ FedEx Field. Soon they will be at Minor League Baseball stadiums, and ISM hopes to integrate them into ‘smart cities’. Already, the company’s screens have captured engagement and demographic data on over 110 million event-goers at more than 100 venues, according to their website.”

Retailers are contracting with facial recognition providers to log people’s faces. CNET: “With facial recognition, getting caught in one store could mean a digital record of your face is shared across the country. Stores are already using the technology for security purposes and can share that data — meaning that if one store considers you a threat, every business in that network could come to the same conclusion.”

Let’s add one more bit of technology to that depressing picture. The price has dropped so much on license plate readers that they’re being installed everywhere. EFF: “Automated license plate readers (ALPRs) are high-speed, computer-controlled camera systems that are typically mounted on street poles, streetlights, highway overpasses, mobile trailers, or attached to police squad cars. ALPRs automatically capture all license plate numbers that come into view, along with the location, date, and time. The data, which includes photographs of the vehicle and sometimes its driver and passengers, is then uploaded to a central server.” Private companies like Vigilant Solutions have compiled facial recognition and license plate recognition databases (“over 5 billion vehicle detections”), and share that data nationwide with thousands of agencies.

•  Telecom companies track your location based on the cell towers that your phone connects to.

•  Google tracks your location with Android and Google Maps.

•  Law enforcement agencies have access to so many license plate readers that they can reconstruct your car’s location in nearly perfect detail.

•  And your face is being recorded by cameras in every public space. Those images are analyzed by facial recognition software working off huge databases in a mostly unregulated system.

Newly revealed information about Palantir provides evidence that our data, our locations, and our faces are being weaponized against us

A few months ago, I wrote about the hidden data ecosystem collecting and selling our data on vast exchanges. “Data brokers, advertisers, marketers, and others are actively profiting from the collection of data about you, selling packages of data to other advertisers, social media sites, credit agencies, insurers, law enforcement, and more.”

Palantir is one of the most important and secretive companies doing big data analysis. It provides services to ICE, large corporations, and dozens of local, state and federal agencies. Palantir works with intelligence centers that aggregate data from multiple sources – including facial recognition and license plate reader databases. Here’s a chart from the Department of Justice listing some of the target databases that can be searched using software like Palantir. 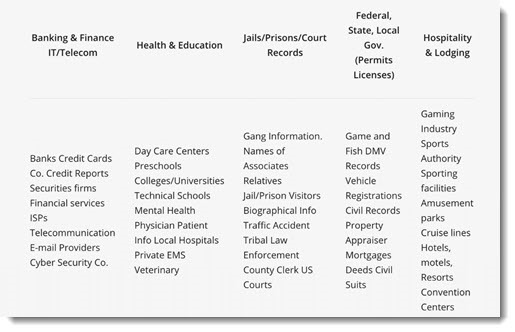 Intrepid journalist Caroline Haskins obtained a Palantir user manual last week and described some of the specific capabilities of the Palantir software.

“The Palantir user guide shows that police can start with almost no information about a person of interest and instantly know extremely intimate details about their lives. The capabilities are staggering, according to the guide:

•  “If police have a name that’s associated with a license plate, they can use automatic license plate reader data to find out where they’ve been, and when they’ve been there. This can give a complete account of where someone has driven over any time period.

•  “The software can map out a person’s family members and business associates of a suspect, and theoretically, find the above information about them, too.

“All of this information is aggregated and synthesized in a way that gives law enforcement nearly omniscient knowledge over any suspect they decide to surveil.”

Police can start searches with nothing more than a name, a phone number or a license plate number. The databases include things like marriage, birth, divorce, and business records. “So when police are investigating a person, they’re not just collecting a dragnet of emails, phone numbers, business relationships, travel histories, etc. about one suspect. They’re also collecting information for people who are associated with this suspect.”

But goodness, there’s nothing creepy going on! A spokesman for the intelligence center said, “Everything we do starts with a subject that’s engaged in some sort of illegal activity or potentially something that’s perceived as being illegal.” Like, say, living in the United States. Palantir is working with the US government’s Immigration and Customs Enforcement (ICE) division to identify and target possible illegal immigrants. Emails and interviews confirm that Palantir’s programs have played critical roles in workplace raids.

Give FaceApp a try. It’s fun. It’s a bit late to worry about your face winding up in a database. 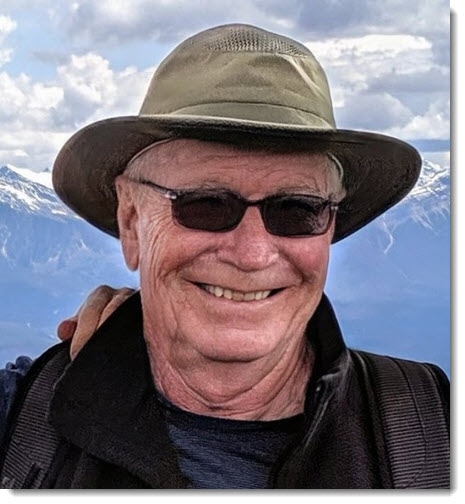