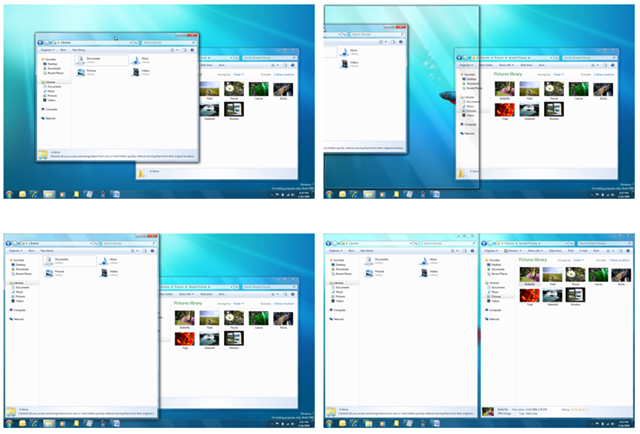 Windows Snap is one of the best new features in Windows 7. Here’s my original post describing how it works.

On a single monitor, you can display two windows side by side with a couple of mouse movements, as shown in the picture above:

If you drag a window until the mouse cursor touches the left side of the screen, the program expands to fill exactly half the screen.

And voila! Two programs side by side – for editing documents side by side, for copying information from one program to another, for cutting and pasting.

It doesn’t seem to work with dual monitors. The inside edge of a desktop stretched across multiple monitors is not an edge, it’s a middle area. Programs don’t “snap” to the middle edges of the monitors, they just slide smoothly onto the next monitor.

There is an elegant solution, discovered by the senior member of the crack bruceb consulting research staff:

There are actually four keyboard shortcuts: