For an extra dollar each month, Jungle Disk Desktop Edition adds features to help you share files between multiple computers.

There are two ways to accomplish this. The easiest one comes first during the setup: check a box to add a network drive that will appear next to your hard drive and your CD drive in Windows Explorer. Let’s call it the “J:” drive. 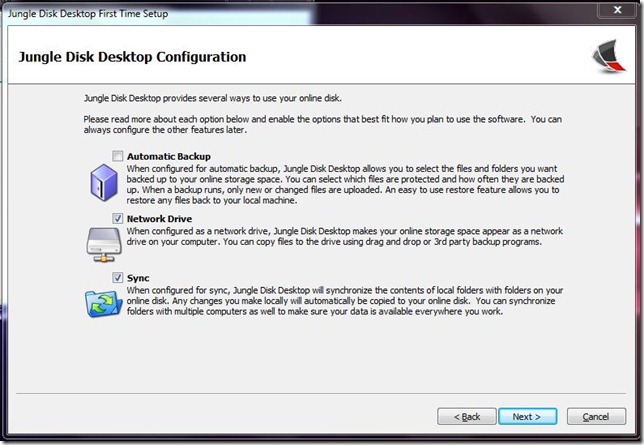 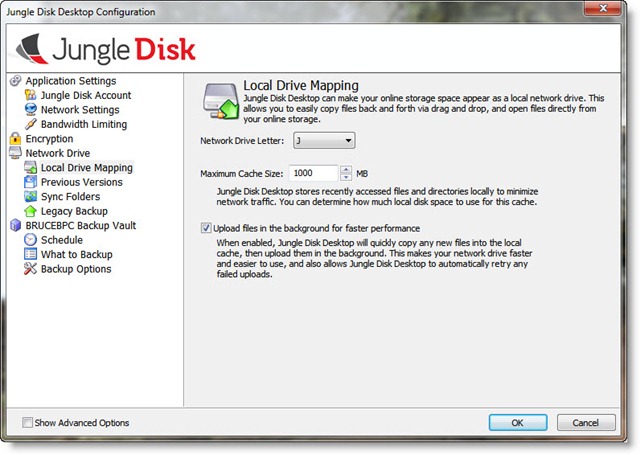 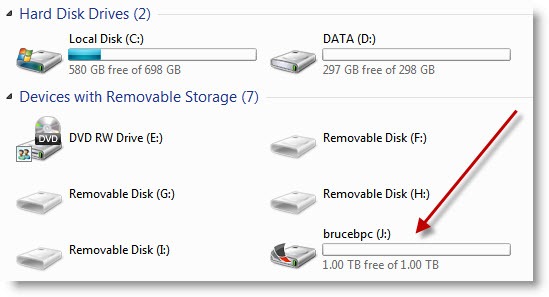 Anything can be placed in the J: drive – files, folders, as much or as little as you like.

When you put files in the J: drive, the Jungle Disk software immediately copies the files in the background to your online storage.

If you have the Jungle Disk software installed on the same account on another computer, those files will immediately be listed in the J: drive on that computer. You can open them and begin working with them from any program, just like any other file in any other folder.

On the second computer, the files will have to be downloaded from the online storage when you click on them, but that’s very fast for most data files and Jungle Disk does some tricks to cache local copies so that they will be instantly available the next time you work on them.

The second option in the setup dialog allows you to identify any other folders on your computer that you would like to sync automatically with another computer. It could be your entire document folder, if you like. The files will be copied and stored online, and a folder on your second computer can be designated to sync with them. From then on, whenever a file changes on either computer, the new version will be synced to the other computer.

And as nice extra touches, the files can be accessed online through a web browser, and the service keeps track of previous versions for as long as you like – up to ten versions of each file, maintained for up to 60 days, by default. 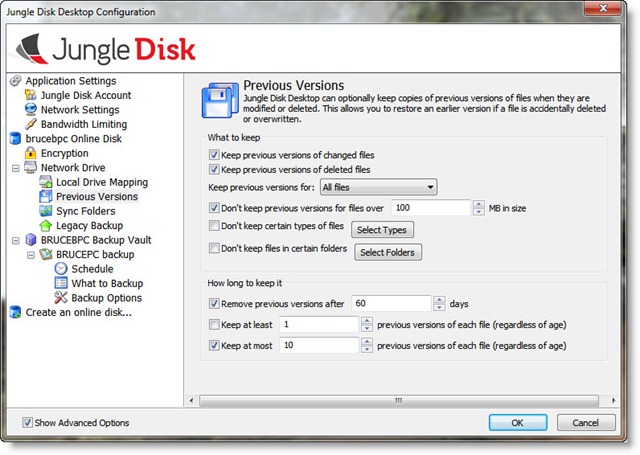 Anyone using more than one computer should find this exciting. If you don’t quite get it, give me a call and let me proselytize. This is seriously good stuff.

If you’re a regular reader, then you’ll notice this is also a familiar concept. It’s more or less the same feature that is available for free using Microsoft’s Live Mesh service. I’ve got some questions about the future of Live Mesh (I’ll write about that soon), but the main thing is that you almost certainly don’t need both Jungle Disk and Live Mesh for file syncing. Since you really should begin using Jungle Disk for backups, you should use it for file syncing too.

I’ll write a few more notes tomorrow about the workgroup and server editions of Jungle Disk, which add some features for small businesses.