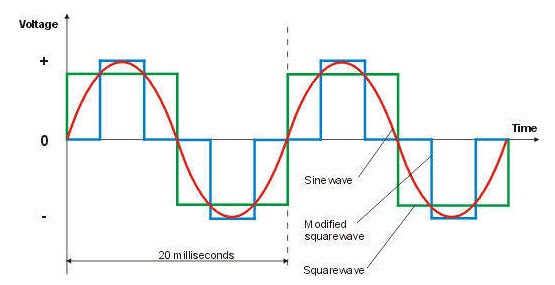 If you had asked me last month, I would have bet heavily that I would never use the words “pure sine wave” in a sentence. And yet here I am, gloating because I have pure sine waves and you don’t. What an interesting world!

The background for this story concerns life in the country. Our supply of electricity is fairly messy – it hiccups frequently with little blips and surges, lights dimming and returning, computers and printers at risk. I’ve had high quality UPS battery backups running in my office for a long time, connected to all the important servers and computers. The most recent purchases were APC Back-UPS units, the kind that cost $150 or so. I felt proud of going the extra mile – I can often barely convince clients to move up from $8.99 Ace Hardware surge protectors. 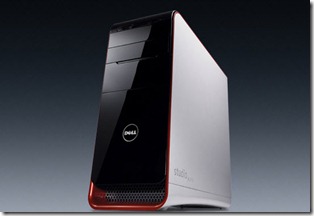 I replaced my office computer a few weeks ago with a Dell Studio XPS 9000, a big box stuffed with an Intel Core i7-920 processor, 8Gb of RAM, an ATI Radeon HD 5770 video card with another 1Gb of RAM, a 1Tb hard drive, a Blu-ray drive, a Soundblaster X-Fi Xtreme Audio sound card, and a few other goodies. It’s got a big case with lots of glossy bits (some of them red), USB slots everywhere, a media card reader, and a beefy 475 watt power supply. It’s fast and lovely.

Within a few days, it rebooted spontaneously and presented me with a login screen. It did it again a couple of days later. It seemed to happen while my back was turned and the computer had been sitting unused for a while, but very shortly it was happening frequently, as often as once a day. It happened a couple of times while I was using the computer – either the computer froze hard or it went black and restarted. In each case there was no warning and nothing in the event logs to explain what was going on.

I began to try different drivers for the sound card and video card, to no avail. It felt like a power issue but the computer was plugged into a known-good UPS with no other load on it. I wondered if the power supply in the computer was flaky.

Wandering through the Dell support forums brought me to the likely answer. Some high-end Dell computers are built now with an “Active Power Factor Correction” (APFC) power supply. Essentially the power supply does extra magic to make it more efficient. There are upcoming Energy Star requirements that might bring APFC power supplies into many more desktop and laptop computers.

An APFC power supply requires a “pure sine wave” UPS, a feature only found in certain UPS models costing far more than a conventional UPS. The computer can spontaneously reboot or otherwise go crazy if any power event causes it to switch to battery power from a conventional UPS.

Apparently inexpensive UPS batteries have always saved a bit of money by delivering an approximation of the pure power coming out of the wall – the “modified sine wave” shown as the blocky shapes in the picture above. Most computer power supplies work perfectly with that kind of power. Something about the APFC power supplies causes them to react violently to a modified sine wave, but they purr contentedly if the battery supplies the sinuous curves of a pure sine wave.

At the moment, there are messages in the Dell support forums about the Studio 435T (the predecessor of the Studio XPS 9000); the Studio XPS 9000 (more here and here); the Optiplex 960; and the Precision T7500. Those are all high-end machines, so this doesn’t currently affect very many people. I don’t know if this issue comes up with high-end computers from other manufacturers but it seems likely. Dell is acknowledging the issue but quietly so far – for example, this now appears in the fine print about the Precision T7500:

I’ve been running troublefree for three days after spending an unexpected $250 on a battery. Sure, it may have been a useless and annoying expense, but hey – I’ve got pure sine waves, baby! You can bet I’ll be invited to a lot of parties once the word gets out!