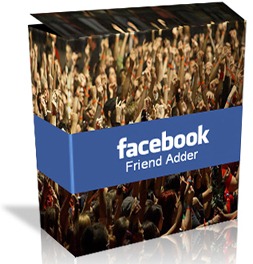 When I joined Facebook, I was asked if Facebook could rummage through my Outlook address book looking for a match with other Facebook users. I politely responded, no, absolutely not, thank you very much, and I thought that was the end of it.

My Facebook page fired up right away, empty except for the suggestions on the side of the page listing Facebook users that I might know. I assumed it would suggest people based on common schools or common employers; since I hadn’t supplied that information to Facebook yet, I didn’t expect to see any familiar names.

Instead there was a group of people who were well-known to me. As I kept looking, more and more people were suggested that I knew – but Facebook had no way of knowing that. The suggestions included names from the past, names from the present, clients, and distant relatives in other countries.

It was scary and felt intrusive. The suggestions keep coming, too. When I (infrequently) look at my Facebook page, there are potential “friends” who have no business being there. Did Facebook go through my address book without permission? Did Facebook collect names and email addresses from my incoming and outgoing emails?

The good news is that the answer is no. If you didn’t agree to give your address book to Facebook, it respected that and did not look through it, as far as I can tell.

So how does Facebook make the connections? The answer is hard to come by and probably multifaceted. Perhaps two people look for your name and the two both know a third person – Facebook might suggest the third person to you as a potential friend. After you’ve added a few friends, you’ll get friends of their friends. If somebody looks you up, you might see them suggested as a possible friend.

That’s all to be expected, but it doesn’t explain the creepy suggestions that seem to come out of nowhere. Here’s a long thread where people have been trading anecdotes and theories for more than a year.

The most likely answer is simple – and also a little bit scary.

The result is that you will get a friend suggestion if your email address is in someone else’s address book and it was supplied to Facebook.

I don’t have any official confirmation of that – Facebook is very tight-lipped about its algorithms – but here’s an entry on the “Inside Facebook” blog reaching that conclusion last year, and here’s a random blogger coming to the same conclusion. It feels like the right answer and it explains the oddball suggestions that I see. I can easily imagine Facebook crunching those addresses to make even more tenuous suggestions; you’ll only notice the ones that hit a familiar name and you’ll ignore the misses.

If you use Facebook and let Friend Finder into your address book, you’ll probably get some surprising suggestions that seem to come out of nowhere. The truly creepy suggestions, though, the ones that seemingly come out nowhere, are probably a side effect of someone else using Facebook and letting it into their address books. There’s nothing you can do about that except to keep in mind that nothing is truly private on Facebook.