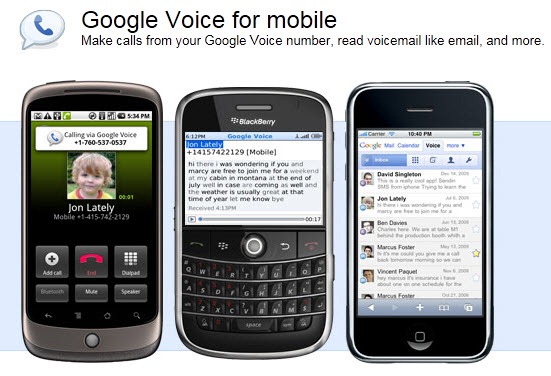 If you’ve been following along, you understand the tension between new services like Google Voice and Skype that move your voice from place to place, and the telcos and cell phone carriers that feel threatened by that technology. That’s why today’s story about mobile phones involves so many circuitous paths – paths which will twist and turn rapidly in the next year or two.

As you read, let me reiterate an important point to keep in mind. According to the promotional materials, using Google Voice is free for calls anywhere in the US and Canada, and very inexpensive for international calls. What I’m writing about in this series are the various ways to make those “free” calls.

Recall that my goal is for you to see my Google Voice number in your Caller ID when I call you. When I installed the Google Voice app in my HTC Incredible Android phone, it brought up this screen: 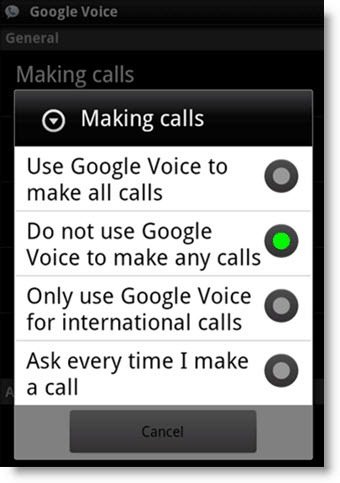 I chose “Ask every time I make a call” and got this each time I made a call: 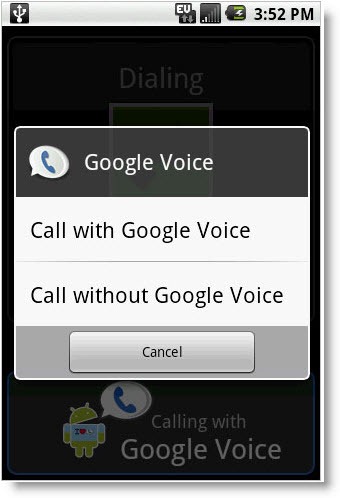 What does it mean to “call with Google Voice”? 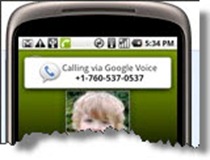 At the moment, when I “call with Google Voice,” my phone dials a mystery number owned by Google. It’s displayed briefly on the screen, as you see on the right.

There’s no ring when the connection to the mystery number is made; the call is instantly routed to the number I dialed and I hear your phone ring. (Chirp. Buzz. Sing. Whistle. Whatever.) And voila! You see the Google Voice number in your caller ID. Remember, Google doesn’t charge anything for the call to the US or Canada. A small per minute charge would be deducted from my Google Account if I made international calls.

The Google Voice call goes through another number so Verizon can charge for the minutes.

There is no technical reason that the call has to go through a mystery number on the way to your phone. The call could go through the phone’s Internet connection, just like Skype sends calls over the Internet from your computer.

The carriers know that, so they’re afraid of the Google Voice app on phones even when it’s designed innocently, like it is now, so the carriers can charge for the voice minutes. When AT&T rejected the Google Voice app for the iPhone last year, it wasn’t because the app would completely bypass AT&T, but because AT&T knew that it would someday. (Also, Google Voice users have less incentive to buy additional phone numbers, and they’re able to avoid charges for international calls.) AT&T reluctantly approved the first Google Voice app this weekend but it’s still not a VOIP app that will route calls over the Internet – it’s just a foot in the door. And just as with Skype, AT&T’s agreement has everything to do with AT&T’s recent caps on data use. The Google Voice app approved on Saturday works like my Android app, sending calls through the AT&T voice system, but Google will be pressing to let calls travel over the 3G network, like Skype’s app. Google may well get that approval; AT&T feels less threatened by that now that it can capture overage charges for data.

At the moment a lot of people are struggling to find a way to make “free” calls using Google Voice on their mobile phones. Example: the forums are full of people trying to put the Google mystery numbers into their Verizon “Friends & Family” list for unlimited free calls. There are just as many people who say that Verizon is monitoring that behavior and will explode your phone and poison your dog if you even think about it. 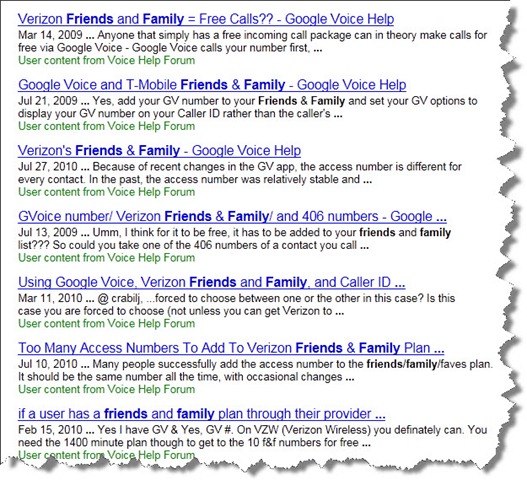 It’s a confusing world, isn’t it?

I’ll write one more short post about Google Voice and Skype, and then I think we’re done with Google Voice for a while, right?