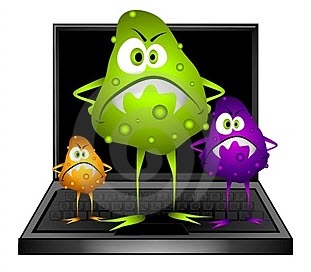 Your computer will restart on Tuesday night, after getting a particularly large collection of updates for Windows and Office. Close any open programs or files but leave your computers turned on when you leave the office on Tuesday.

It’s Patch Tuesday, the second Tuesday of the month, and it’s one of the largest groups of patches that Microsoft has ever delivered. (An equally large collection was installed in October, followed by a relative handful of patches in November.)

You are all well-behaved, safe computing citizens and you install these routinely, right? If you’ve turned off Automatic Updates or you see the update icon by the clock on Wednesday, pay attention.

Here is more information about the specific patches that will be installed Tuesday night. I’ll be installing the updates on my clients’ servers after I get some feedback about any possible side effects – probably this weekend.

You’ll be happy to know that this collection of patches fixes any remaining vulnerability to the Stuxnet worm, the one that was specifically designed to attack the industrial systems controlling Iran’s nuclear facilities. I have to admit that when I read the news articles about viruses attacking Iran’s uranium enrichment facility, I didn’t realize my computer would need a patch against the same viruses. If you’re interested, Bruce Schneier wrote a fascinating article about the Stuxnet worm, which might not have been targeted at Iran after all.

Computer security experts are often surprised at which stories get picked up by the mainstream media. Sometimes it makes no sense. Why this particular data breach, vulnerability, or worm and not others? Sometimes it’s obvious. In the case of Stuxnet, there’s a great story.

As the story goes, the Stuxnet worm was designed and released by a government–the U.S. and Israel are the most common suspects–specifically to attack the Bushehr nuclear power plant in Iran. How could anyone not report that? It combines computer attacks, nuclear power, spy agencies and a country that’s a pariah to much of the world. The only problem with the story is that it’s almost entirely speculation.

He goes on to explain the characteristics of the worm, how it’s distributed, and the clues about who designed it. An interesting glimpse at the way the bad guys work. Or the good guys, since this might have been done by our government. It’s hard to tell the black hats from the white hats sometimes!