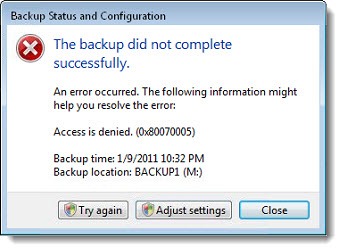 Windows 7 has a lovely built-in backup routine – significantly improved from Vista’s backup program. You can attach an external USB hard drive and set up scheduled backups to it in a few seconds. (Windows 7 Professional can back up to a shared network folder or NAS, also.) It runs automatically and reliably, even waking the computer up from sleep if the backups are set for the middle of the night. By default it saves an image of the entire computer in addition to backing up individual files – multiple ways to restore your computer and your data when necessary.

For no particular reason, I just got three separate reports about backups that threw up an error message similar to the above, complaining that the “backup did not complete successfully” – two on Windows 7, one on Vista. Error codes are either 0x80070005 or 0x81000037. The details are not very helpful – “Windows Backup failed while trying to read from the shadow copy of one of the volumes being backed up.” “Access is denied.” The error codes are very general.

A Google search will turn up a few complaints about similar failures with those error codes, but no definitive answers. These are the tips I saw most often. If you have a problem with backups that won’t complete, try one of these and run another backup. If it fails again, try another one.

Those darned child nodes of reparse points! Little scamps. I should have guessed they’d be up to no good.] 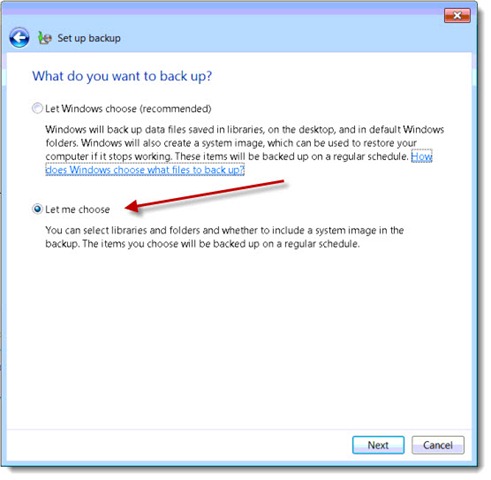 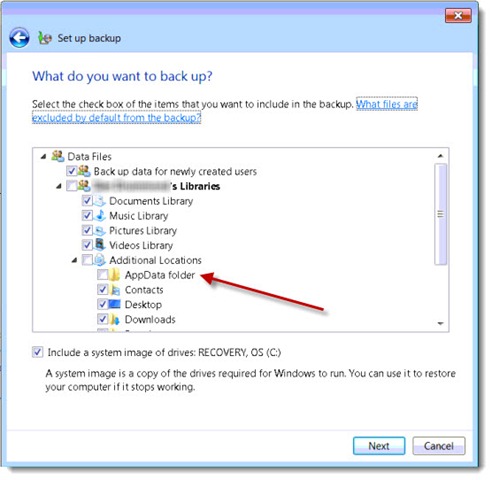 Unfortunately Vista does not allow the files selected for backup to be customized that deeply. I’m experimenting with unchecking Additional files to fix a failed Vista backup tonight. 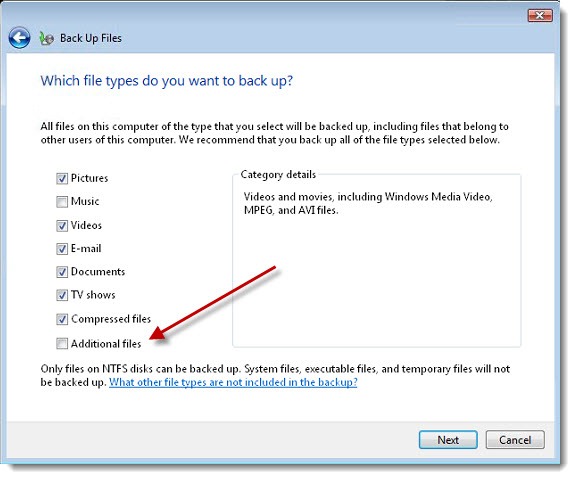