Microsoft Math was one of the components of a bigger suite marketed as Microsoft Student, introduced in 2006. At that time the main attraction was Microsoft Encarta, the rich multimedia encyclopedia that ended the reign of bound encyclopedias and flourished for more than a decade. When Encarta was discontinued two years ago, slain by the Wikipedia juggernaut, most of the pieces of Microsoft Student died with it.

Surprise! Microsoft Mathematics survived. In fact, an updated version was released last month, able to solve equations, draw graphs, do calculus, and more. This could be used by students doing mathematics or science in high school or college, and frankly looks like a useful tool for anyone doing math as part of their job. 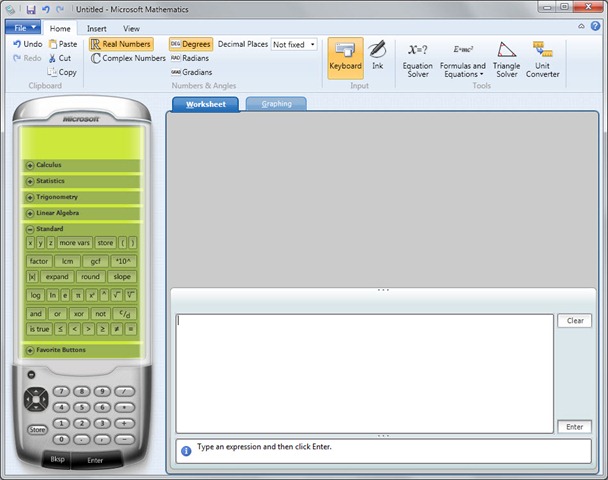 The new version uses the ribbon interface that is now ubiquitous on almost all Microsoft software, and adds an onscreen graphing calculator. The equation solver reportedly provides step-by-step solutions to problems.

The functionality is apparently similar to what can be done with a free Microsoft add-in for Word & OneNote, but the standalone program is far prettier and frankly looks easier to use.

If you’re a student, or if you do math in your work, check it out! This looks like seriously good stuff.