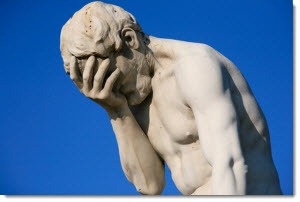 My goal for you is simplicity. I want you to use wonderful tools that are easy to use and easy to keep up to date.

Here’s a story of a little thing. It’s not important. You are not requested to do anything. This has no consequences for you. It’s just a little irritating thing.

You’ll recall that Microsoft lumped a bunch of programs together in a package most recently called “Windows Live Essentials 2011.” The individual programs are not particularly related to each other, despite being presented as a package. It’s hard to say why a photo editor and an instant messaging program are bundled with some family safety tools and a blog editor, but so it goes.

Then Microsoft took the unfortunate step of pushing the package through the Automatic Update system as an “Important Update.” The programs range from nice (Photo Gallery, Writer) to distasteful (the annoying “Bing Bar”), but none of them are “Important.”

This irritated me. What can I say? I’m shallow and cranky.

On Monday, Microsoft placed an update for Windows Live Essentials programs into the Windows Update system, labeled as “Optional.” It’s a trivial update – a few specific fixes for this and that. If you see it, go ahead and install it. Don’t go searching for it. It’s not harmful, but it’s not important.

The part that made me irritable was the description of the update. This was the announcement in the official Windows Live blog.

After launching Windows Live Essentials 2011 last fall, we’ve been closely watching incoming data, monitoring the quality of service, and listening to the issues you were reporting. This update, called QFE1, primarily addresses the top quality-related issues that impact a large number of our customers. (QFE stands for Quick Fix Engineering.)

Okay, let’s stop there for a second.

I’ve been obsessed with Microsoft products since MS-DOS 1.0 in the early 1980s. I read blogs and news articles and forums and technical support documents and Knowledge Base articles something like sixteen or eighteen hours a day.

I know all about patches, hotfixes, and rollups.

Before Monday I had never, ever heard of a “QFE.”

Apparently it’s not a new term. Google reveals that Microsoft has been using it for years. To the best of my knowledge, this is the first time it has crept out into a bulletin aimed at family users and consumers instead of engineers and tech support folks.

But my favorite part came later in the article.

You can check to see if you have QFE1 installed by looking at the version number in the About dialog for Messenger or Windows Live Photo Gallery. If your version number is 15.4.3508.1109, you’re running the latest and greatest released build. If you’re running version 15.4.3502.0922, we highly recommend that you install this update.

If you were to take this article literally, then every family, every home user, every business user running Vista or Windows 7 should look for a “highly recommended” update that addresses “issues that impact a large number of our customers.” And the way to do that is to look at a version number to discover whether it says 15.4.3502.0922 or 15.4.3508.1109.

Not, say, an update from 15.4 to 15.5. No, no, it has to be the internal build numbers that presumably have some meaning to a group of sleep-deprived engineers who barely remember the nightmare that was 15.4.3505.0246, hoo boy, what a mess that was!

Just spitballing here. How about if you just install the damn update automatically if it’s so swell. I’m getting spoiled, watching Google Chrome automatically install updates with no fuss and without breaking things.