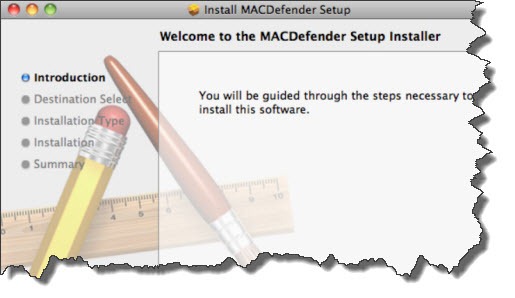 For years, Windows users have felt persecuted by malware authors. Why weren’t Macs getting hit with viruses and poisoned web sites?

The standard wisdom was that Macs didn’t have a big enough market share to hold the interest of the bad guys. To be honest, PC users kind of hoped that was true, because the alternative was to admit that Windows was inherently more vulnerable than OS X.

Well, maybe it was, but that’s not particularly true now; the current versions of Windows and OS X are both pretty well hardened. Windows PCs continue to be far more tempting targets – Windows still has a 90-something percent market share and Windows computers are still more vulnerable thanks to inept programming by third parties (we’re looking at you, Adobe). But Macs have been slowly but steadily gaining market share and – far more dramatically – gaining mind share, pulled along by Apple’s brilliant marketing for its mobile devices. It’s time for the malware authors to spread their special kind of joy to the Mac world.

The first significant bit of malware for Macs appeared a few weeks ago, spread by poisoned web sites and exposing Mac users to the joy of phony security warnings. Clicking on poisoned links in Google search results would lead to “MacDefender” popping up on Mac user screens with fake alerts about “detected” malware and insistent demands for credit cards. It’s old news in the PC world but Mac users were indignant. Apple tried to avoid eye contact for a while but tonight Apple finally acknowledged the malware and promised a fix would be released Any Time Now.

If the bad guys had any sense of fair play, they would spend the next few years focused on OS X to restore balance to the world. Of course if the bad guys had a sense of fair play, we wouldn’t be in this position, would we? Maybe we can at least get malware to match market share – 90-something percent for PCs, the rest for Macs. I don’t want Mac users to feel left out.