Whining About Wireless – The Home Edition 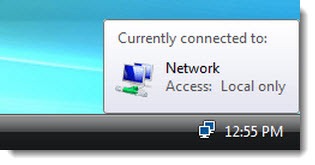 I’ll tell you a story about my own experience. You won’t learn anything and there’s not a happy ending, but perhaps it will give you a little perspective on why I’m not urging you to ditch your wires and set up wireless everywhere.

I’ve had a wireless access point at the global headquarters of Bruceb Consulting for a long time. When my wife and I got our matching Vostro V13 laptops last year, we started to rely on wireless more than ever, so maybe we just began to notice a problem that had existed for a long time. Maybe it was new.

At random times, every 10 or 20 or 30 minutes, the Internet connection would go dead for all the connected devices. The wireless connection would appear to stay connected – the notebooks gave no visible indication that the wireless network had dropped, but no Internet traffic flowed. It didn’t happen all the time, just often enough to drive us completely nuts.

Thus began an exercise which has now been going on for more than a year and still continues.

Troubleshooting began with rebooting the laptops. That restored the connection but it wasn’t a good answer, for obvious reasons. After a while I started power-cycling the wireless access point – which would also restore the connection, but also didn’t feel like it ought to be necessary.

When I give you the list of things I’ve done, you have to understand I’ve proceeded one step at a time, with hope in my heart and a theory prepared to explain why each step was the right answer.

At this point months have gone by and the sequence continues: use laptops; random interval; Internet traffic stops flowing. After a while we had learned that disconnecting from the wireless network and immediately reconnecting was enough to start Internet traffic again.

You have in mind that I’m researching each move, trying to come up with some theory to explain this? Do you see that by any rational understanding of simple networks, this just can’t be happening? I’ve replaced literally every single component of our home network by this time.

Recently I noticed an odd coincidence – the dropouts seemed to be happening right on the half-hour. I started scouring event logs for anything scheduled on the half-hour – at last! A clue!

Nothing. It was specifically not at times that the backup program ran or shadow copies were generated on the server. Since the connection had dropped at 1:30pm today, I sat with my laptop at 2:28pm, running ping tests continuously. They ran flawlessly, of course, until I set it disgustedly aside at 2:33pm.

It’s the kind of problem that you call on me to solve. You have a reasonable expectation that a wireless router or access point ought to provide you with a reliable Internet connection in your office or home. You’re absolutely right! Most people have reliable wireless networks. It’s not rocket science, or at least it’s not supposed to be.

When there are problems, though, they can be incredibly elusive. I’m thinking of inviting a rocket scientist over to Castle Bruceb. I think he’ll be baffled too.

Keep this in mind when you describe a simple problem and you hear me make the little noise like I’m choking and I refuse to make promises. My Internet connection probably went down right when you asked.