The Joy Of Networks, Routers, And VLANs

The request was deceptively simple:

That shouldn’t be so hard, right?

It is remarkable how quickly networking becomes complicated. I don’t have any special instructions today, just a couple of anecdotes to help you understand why you might need help with your home or small office network.

Most people have simple needs: a single Internet connection for a single office; a router to let all the computers share the connection and connect to each other. If you’re lucky you can set up your router with the help of a wizard from Netgear or Linksys, but even that can overwhelm non-technical people when an Internet connection unexpectedly turns out to have a static IP address or require PPPOE authentication. (Not to mention that no one seems to understand the difference between a wireless router and a wireless access point, so I speak quite a lot to people who bought the wrong piece of equipment.)

When you step up one level to business-class firewall/routers, all pretense drops away that the process is friendly. Setting up a SonicWall TZ appliance, for example, requires carefully threading your way through a series of unintuitive screens, from “services” to “access rules,” from “address objects” to “NAT policies.” I keep notes and screen shots because it’s like a new adventure every time I go back in to do some simple task – forward a port, for example. 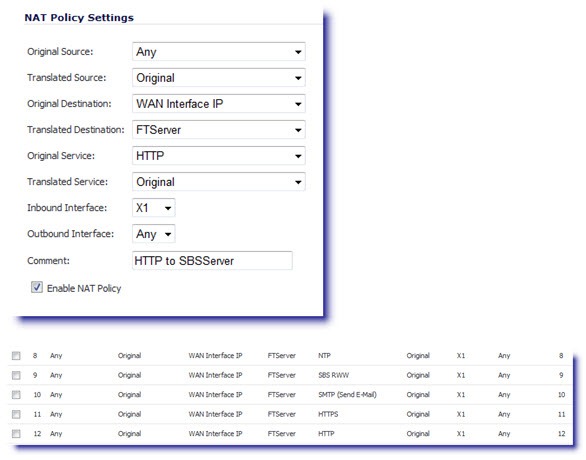 Setting up six law firms with a shared Internet connection and separate office networks can’t be done with off-the-shelf Best Buy devices. The trail led straight to Cisco equipment, which ranges from re-branded Linksys devices at the low end up to enterprise-strength switches and routers costing thousands of dollars at the high end.

The details don’t matter for this anecdote. Mike Cook used his Cisco background and training to select equipment and configure it. In the end, we delivered six subnets to six offices, plus a printer on a seventh subnet that all the offices can reach. It took a Cisco router, a Cisco managed switch, and an additional Cisco wireless access point, since each office also wanted its own wireless access. The important points:

In some sense, this was not a difficult problem. Most companies with fifty or a hundred employees have IT staff who deal with this kind of problem routinely. It is at the heart of the work done by IT in big enterprises. The world of VLANs is just one more well-explored technical area, and there are a lot of IT people trained to set up Cisco equipment.

At our level, though, for someone like me, this is very difficult indeed. I don’t deal with the same network equipment very often as I move from office to office and I almost never have the need to learn anything about Cisco’s enterprise devices. When enterprise-level work is necessary, it simply cannot be learned on the fly, no matter how good my instincts are and how much background I have. Hardware and software manufacturers are developing very complex little worlds! It’s not possible to dabble in them. Although it’s a much simpler chore, the same principle applies: what chance do you have when you’re setting up a router for the first and only time?

It’s one more example of the divide between the level of technology available to very small offices and mid-size and larger businesses. Most very small businesses simply cannot afford to step up to solutions used by big companies – whether it’s networking, backup, redundancy, or a host of other things. The question for a small business is not whether some technology goal can be reached; it usually can, in theory. The real question is whether it can be done for a price that makes sense, and whether the solution can be understood by the IT people who are available to work on it or by the end users who may be confronted by some steep learning curve.