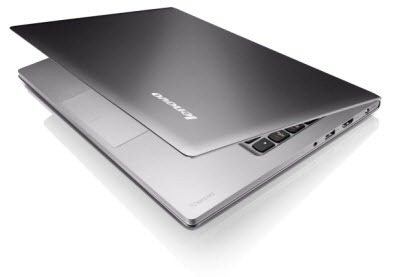 By the end of the year there will finally be a dozen or more reasonably-priced ultrathin, ultralight notebooks on the market, mostly priced under a thousand dollars.

Almost three years ago Apple introduced the MacBook Air, an ultrathin 13” notebook. Even with an example in front of them suitable for copying, PC manufacturers didn’t have any reasonably powered thin and light notebooks on the market until more than a year later, and even then there were only a few niche products – the Dell Adamo and one or two others. It wasn’t until Dell introduced the Vostro V13 that it was possible to get a satisfying ultrathin notebook that wouldn’t break the bank. Now there are a few more models, including Samsung’s elegant and expensive Series 9, Dell’s 13.3” Vostro V131 and 15” XPS 15z, and a handful of others from Sony and Lenovo, but the market has been slow to develop.

Fortunately Intel is stepping into the breach with a motherboard and chip set designed for ultrathin notebooks, featuring reasonable processor power and low power consumption on a very thin board. “Ultrabooks” will be built on the Intel platform, typically with 13.3” screens, and sold for under a thousand dollars. Most of them will be approximately .6 inch thick and weigh about two and a half pounds. The first models will be on the market by the holidays and Intel predicts that thin and light notebooks will be mainstream in 2012 and will dominate the market in 2013. (Of course, Intel (and everyone else) thought 10” netbooks would dominate the industry in 2011. You might not want to place bets on predictions about technology that extend more than about 90 days out.)

Lenovo recently let a reviewer hold a working U300s Ultrabook, pictured above. Its specs are typical for the new Ultrabooks – 13.3” display, up to a Core i7 processor, up to a 256Gb solid state drive, in a package that is 0.6 inch thick. Lenovo plans to start with a slightly higher price, $1,195, perhaps because it has some non-Ultrabook versions to sell just under a thousand dollars – a little heavier, a little thicker, but perfectly nice.

Meanwhile Acer showed off the Acer Aspire Ultrabook S3 at a trade show – similar specs, pricing and US release timetable uncertain. Toshiba will be offering the Portege Z830 (pictured below) in November. There are more that will be announced in the next few weeks.

There are also going to be some thin and light notebooks that are not technically part of the Intel Ultrabook family but still have a lot to offer. Lenovo already has the Thinkpad X1 and promises to do much more in 2012 with ultrathin business laptops. Dell just announced the Inspiron 14z, with a 14” screen that fits smoothly in between the XPS 15z and the Vostro V131.

One interesting thing: most of the ultralights sacrifice the DVD tray, which is on its way to becoming obsolete. You’ll still be able to get optical drives for a long time, of course, if you must, but you’ll be using them less and less. When you get a notebook with no optical drive, I’ll bet you won’t miss it.

This is a long overdue direction for portable computing, and perhaps the only effective way to compete with tablets. You’ll be able to get a notebook at a reasonable price that gives you a usable desktop in 3 seconds and weighs nearly nothing, with a screen that’s big enough to do serious work. An iPad is a wondrous device but many businesspeople still need the power and programs that you can only get from a Windows computer. Perhaps the ultralight notebooks will reinvigorate the market a bit. 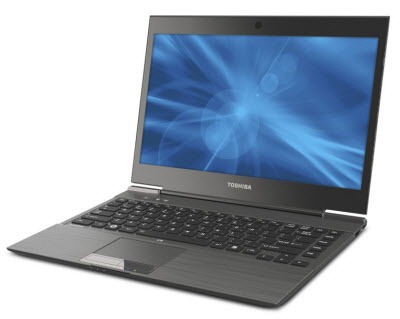