Dragon NaturallySpeaking 11.5: Are You Feeling Lucky? 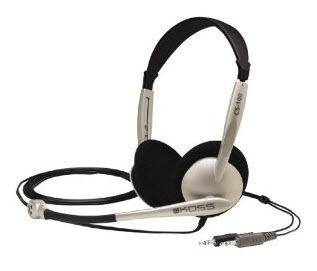 For two weeks I’ve been writing e-mails and articles by speaking out loud into a microphone, using Dragon NaturallySpeaking 11.5. Its accuracy has been uncanny. It is so significantly improved from anything I’ve ever tried before that it feels as if some large technological leap has been made.

if you’ve ever used a voice recognition program, almost everything about the current version of Dragon NaturallySpeaking will be familiar. It’s second nature for me to sit with a microphone and speak out loud:

“This sentence is about cap windows and cap office on thursday period.”

This sentence is about Windows and Office on Thursday.

I don’t have to say “cap thursday” – the program knows that Thursday should be capitalized. Similarly, if I say “Microsoft Windows,” the word “windows” will be capitalized because the program will pick up on the context. It does a lot of smart things like that.

More importantly, though, it just gets the words right. Going back and correcting mis-heard words has been the bane of every voice recognition program I’ve ever used. This is the first time that it feels faster to dictate than to type. It is a completely different experience than using the speech recognition built into Windows 7.

There is a difficult problem. You might not have that same experience. There are many variables that make it hard to predict whether you will feel this magic. I’ll list some of the things that might have contributed to my positive experience. Some of them are required and if you don’t have them, things might go poorly. I don’t know which ones are in that category. 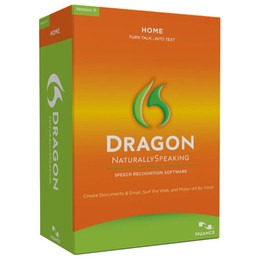 The Home edition of Dragon NaturallySpeaking is under $60 at Amazon. There are three increasingly expensive versions of the program (Home, Premium, Professional), plus a frighteningly expensive version for lawyers that adds a specialized legal dictionary. (Here’s a chart that compares the versions.) There are student editions and boxes that include a Bluetooth headset and boxes that include a USB sound adapter, whatever that may be.

I got the simple, cheap one. It meets my needs.

In August, Nuance released a service pack that updates the program to version 11.5. Three weeks ago I got the 11.0 version in the box and had to download and install the large update. Last week, I ordered another copy and got 11.5 in the box.

I don’t know whether the service pack merely fixed a lot of bugs or whether speech recognition technology took a serious jump three months ago.

Dragon needs serious hardware and I suspect it needs Windows 7 to do its best work. An underpowered machine with limited memory will stumble and fail. I have a reasonably fast processor, 8 GB of RAM, and a speedy solid-state hard drive. The hard drive is an indulgence but a decent processor and at least 4Gb of RAM are absolutely required.

Dragon comes with a cheap headset in the box. Insulting things are said regularly about the bundled headset.

When I was experimenting with Windows 7 speech recognition last year, I bought an expensive Plantronics CS50 wireless USB headset. It may be part of the reason that I’m having such good results now but I don’t think it’s required. Amazon shoppers recommend inexpensive Koss headsets, either the Koss CS95 with one earpiece ($12), or the Koss CS100 for both ears ($16).

There is general agreement in the reviews and comments from users that the choice of microphone is crucial to your success with the program. Don’t overlook it.

There is no limit to the things people need to do with their computers. There are many comments from people who were unhappy with the results using Dragon with non-Microsoft programs on unusual hardware to do things that go beyond simple dictation. I can only speak to my success with simplicity.

I have a dull, bland voice. It is not heavily accented or squeaky. I work in a quiet office. I don’t breathe loudly. When I start to dictate, I naturally slow down my speech a bit and enunciate. I’m the perfect candidate for a good experience with speech recognition. You might not be.

One of the best things about Dragon NaturallySpeaking is simple and obvious: the microphone can be turned on and off by hitting a key on the keyboard. The default is the enlarged plus key on the right of the keypad on a full-sized keyboard. It is remarkably satisfying to be able to turn off the microphone with a jab at the keyboard after spending too much time fumbling with the mouse or trying to get Windows 7 speech recognition to understand me as I frantically said “Stop listening” while the phone was ringing.

All the accounts that I’ve seen say that the support from Nuance continues to be stinky. This time around there were no technical issues for me and I haven’t needed support. If you run into problems there may not be anyone there to help you.

So there you have it – a success story that you might or might not be able to experience for yourself. The right hardware, the right software, the right voice, and fairly specific and unambitious needs and, voila! You can dictate instead of typing. Change around any of those and – well, are you feeling lucky?