Syncing Photos From A Phone To A Computer

Most casual photos are taken with a smartphone now. There is something to be learned from a quick comparison of the process of getting photos from a phone to a computer on an iPhone and an Android phone.

It’s a good way to understand why Apple is the most valuable company in the world.

SYNCING PHOTOS WITH AN iPHONE 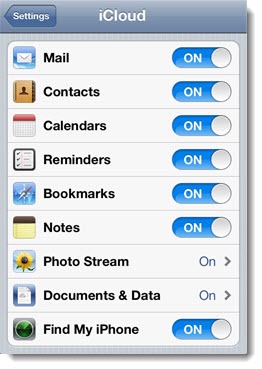 On your Windows computer: 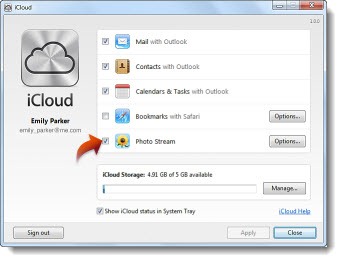 Photos you take on your phone will automatically be synced to your computer. There are limits to how many pictures can be stored in your online iCloud storage area (by default, up to 1000 photos will be stored online for no more than 30 days), but there are no limits to what can be delivered through the service to your computer.

There are settings that you might want to tweak. Perhaps you take so many photos that you don’t want to run over your phone data plan limit, or you want to store the photos somewhere other than the default location on your computer. Some people will want to turn off some of the other items synced with iCloud.

But for most people, that’s it. It just works.

SYNCING PHOTOS WITH AN ANDROID PHONE

Paul Thurrott wrote a nice explanation of the steps to accomplish the same thing from an Android phone. He explains each step, so I’m just going to focus on the highlights here. If you want the detailed procedure, read his article. My purpose here is mostly to make you understand how fragmented and messy it is in Google’s world right now. 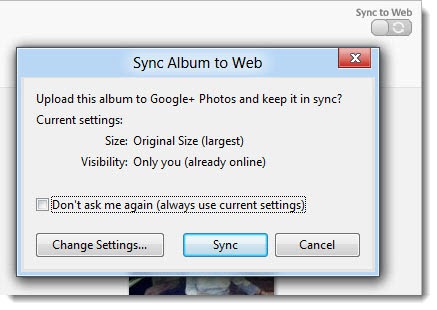 Do you notice a difference between the Apple world and the Android world?

It’s so obvious that people need an easy way to get photos off their phones! It’s simply embarrassing that Apple is the only company to accomplish it elegantly.

Verizon is ready for me to replace my two-year-old Android phone.

Things like this bring my mouse cursor ever closer to the iPhone 4S. It would be so easy to relax and click and be . . . assimilated.