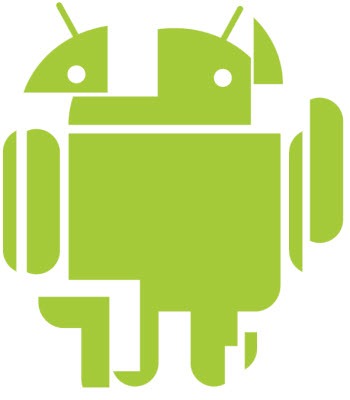 “Ice Cream Sandwich” was Google’s internal name during development of the latest version of its Android operating system for phones and tablets. It’s now known more formally as Android 4.0.

You don’t have it yet. There’s an interesting story about that.

Let’s start with the competitors so you can see the contrast with Google’s fumbling efforts.

Apple has released an update to its iOS operating system every year since its introduction in 2007. Some have been big upgrades, some have been minor, but iOS 6 will appear later this year and it will be installed promptly on almost all Apple iPhones and iPads, just like the previous versions.

As for Microsoft, all signs are that Windows 8 development is on track and phones, tablets, and the Windows 8 computer operating system will all arrive on schedule, probably in October. Microsoft is essentially starting from scratch with Windows 8 phones and tablets so it will be able to do a rollout that immediately supersedes all previous devices. Details about Windows Phone 8 will likely be provided at a conference next week.

Google starting beating the drum for the wonderfulness of Ice Cream Sandwich more than a year ago. Gizmodo’s story in May 2011 was typical, written straight from Google press kits:

“The next Android phone version Ice Cream Sandwich has one clear motive: to put a stop to having dozens (ok, under ten) different versions of Android on devices. Yes, fragmentation. Not just for phones, it’s Google’s "most ambitious" update yet.

“There’s nothing worse than your friends having a more recent Android version than what you have, and thus getting cool new features. Google said they want "one OS that runs everywhere." “

Android 4.0 was officially released in October 2011. Google gushed about the improvements in the user interface, the underlying technology, the new features. Google engineers recorded videos about it. Tech sites wrote endless articles with photoshopped pictures of what devices would look like running ICS.

And then . . . silence. Eight months of silence and counting. 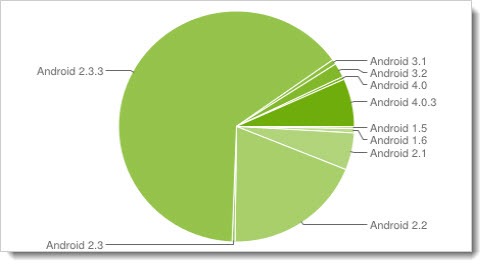 This is a current chart, as of June 2012, showing the usage share of various versions of Android on devices in the real world. Seven percent – seven percent! – of Android phones and tablets are running Android 4.0, eight months after its release, a year after the hype began. Go to a Verizon and AT&T store today and you will still find very few phones with Android 4.0.

Now the tech press is writing articles about all the different Android phone models that might get the ICS update someday, with most models from most manufacturers listed as “Coming Soon.” Most Android phones that are more than a year old aren’t on those lists because they won’t ever get the ICS update. At the end of 2012, the Android 4.0 share will have grown but the Android world will still be heavily fragmented.

There’s no moral to this story. Many Android devices will eventually be updated. Android sales are going to continue to boom.

It does have an impact, though. Google’s reputation as an engineering powerhouse is slipping as it becomes more obvious that it is, first and foremost, an advertising company. It’s not evil but it’s hard to keep believing that Google is a corporate force for goodness and light. The ICS rollout looks like bumbling compared to Apple’s polished delivery.