Amazon will begin collecting sales tax on California purchases on September 15. If you’ve been thinking about doing some online shopping, you can save money by placing the order this week.

This glosses over two technical details.

First, it’s actually a use tax, not a sales tax – something to do with Amazon being an out-of-state company. That doesn’t matter.

Second, you’ve always been responsible for calculating and paying this tax on your state tax return. In theory it makes no difference that Amazon will be collecting it for you. And yet it’s possible, just possible, that you’ve overlooked that calculation when you’ve done your taxes for the last few  years. Economists have estimated that, roughly, not a single human being has ever paid that tax on their own return in recorded human history. 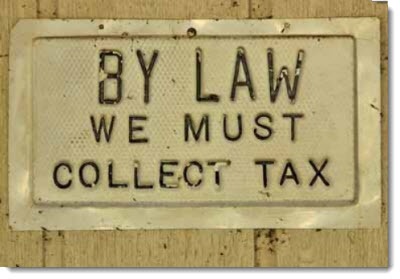 Some analysts believe Amazon intends to offer standard next-day or even same-day shipping in large metropolitan areas. Brick-and-mortar stores tout the advantage of being nearby, so that any purchase can be in your hands as quickly as you can climb in your car and drive to the store. Amazon may be angling to put items in your hands almost as quickly without any need to get in your car. It’s an audacious strategy that could have a huge impact on Wal-Mart, Target and all the smaller local retailers. It may turn out to be ironic that Wal-Mart led the movement to force Amazon to collect sales taxes.

Get those big pre-sales tax purchases in the shopping cart this week!