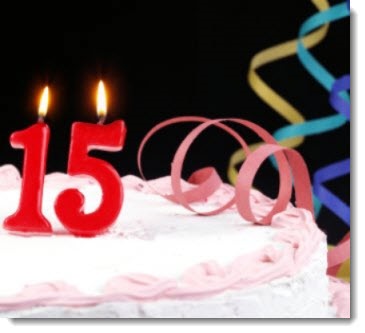 I’ve been providing computer support for thirty years, ever since I got my first Kaypro II in 1982 and began tugging on people’s sleeves to show them how cool it was. For more than a decade I was the guy down the hall in my law firm that you’d visit when your printer didn’t work or you couldn’t figure out a WordPerfect feature.

In 1996, I began Bruceb Consulting and left my former career behind. When I registered Bruceb.com a year later, I had no idea that the domain name would turn into the center of my business and a huge part of my life.

It was the beginning of the Internet, the Wild West days when big corporations had not quite realized that domain names would be valuable. Schemers were registering trademarked names in the hope that they could get rich by selling the domain names to the big companies down the road. (It didn’t take long for the big companies to set up a big-business-friendly procedure to strip valuable names away from the undeserving.)

Registering domain names was an arcane process run by Network Solutions, the only approved registrar at the time. For the next few years Network Solutions worked hard to earn its title as the Worst Company In The World until the registration business was opened to other companies.

An enduring point of pride: I registered Bruceb.com four days before Larry Page and Sergey Brin registered the name “Google.com.”  Some people believe Google has done more with its domain name than I have done with mine. They are tiny, bitter people. Pay them no heed.

I hand-coded the first Bruceb.com web site (badly) and began writing daily news items two weeks later – the first entry in the archives goes back to September 29, 1997. Microsoft Internet Explorer 4.0 was released the next day.

Here we are fifteen years later and it’s more fun than ever. Bruceb News is read by many hundreds of people and the Bruceb.com Favorites page, my labor of love, continues to grow in popularity as a home page. And the most important thing: every day brings new technology, with new things to learn, new challenges, new frustrations and triumphs, new ways that I can be helpful and contribute something to making your business more efficient.

I love it. It keeps me young and fills me with energy. There’s no end in sight. I wouldn’t do anything else for the world.

Thank you for your continued loyalty and support!