Everybody Hates Windows 8 (Or So They Say)

“If even a tenth of a percent of new Windows 8 users respond with the level of dismay and distress my wife did, Microsoft and those unlucky enough to be in frontline tech support are going to be at the business end of a volcanic eruption of hate. The reaction will be worst from long-time Windows users, and I’m betting it will cast a shadow on the amount of hate Vista got at launch.”

“Microsoft (MSFT) should brace for a user backlash against Windows 8 that will make the company pine for the days of Clippy . . . [T]he billion-plus users around the world who have become accustomed to Windows will experience massive difficulties adjusting to the new Windows 8 user interface, going so far as to call the new UI ‘a cognitive burden.’”

“You aren’t ready for Windows 8. It’s coming anyway, a slow-moving freight train of massive change and dread, an enormous update that will sow turmoil in the lives of millions of people around the world.”

I can’t decide which I like better, the “volcanic eruption of hate” or the “freight train of dread.” If I could buy stock in words, I’d pick up some shares of “flummoxed.” It’s going to get quite a workout in the next few days.

There will be a huge outpouring of venom directed at Windows 8. Bold moves are not always rewarded. In 2007, Windows Vista was brought down by relentless criticism that hardened into conventional wisdom – everyone “knew” it should be avoided. Windows 8 might suffer the same fate, almost regardless of its strengths or weaknesses.

As you read articles and listen to feedback about Windows 8, bear in mind all of the different reasons that might cause people to be critical. Some of the criticism should be discounted. Here are some of the agendas that might be at work.

COMPETITORS  Microsoft is trying to join the battle for mobile device supremacy that currently is being fought between Apple and Google. This is King Kong vs. Godzilla territory with hundreds of billions of dollars at stake, giants slugging it out with no quarter given. Expect dirty fighting, which today means filling the channels with vicious criticism that appears to be independent but in fact is driven by the desire for a competitive edge. 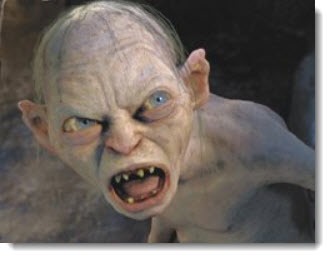 There are a lot of Microsoft haters. Sure, most Apple fanboys are in that category but it goes beyond that, and Windows 8 will only stoke the fires.

Watch for Windows 8 criticism that goes beyond its pros and cons and adds gratuitous comments about, say, the superiority of Linux or the obvious shortcomings of every Microsoft operating system since 1985. The haters will be the ones protesting the loudest that they’re not biased, it’s just objective truth that Microsoft has never done anything that isn’t ugly, poorly designed, insecure, and unoriginal. Ever.

PEOPLE WHO HATE CHANGE  Ah, now we’re getting to something that might be more enlightening! Because, frankly, everyone hates change and Windows 8 will require you to learn some new moves to accomplish simple tasks. There’s no getting around it: things are moved around. You’ll need someone to show you how to restart your Windows 8 computer the first time. The changes are not arbitrary; most of them make the OS easier to use on a touchscreen.

Some people are very sensitive to change. It is a legitimate reason to postpone getting Windows 8 – but not for everyone. You’ll have to interpret the criticism for yourself and decide if it applies to you.

POORLY INFORMED PEOPLE  Some criticism will be based on simple misunderstanding. Example: you will likely see feedback from purchasers of the new Microsoft Surface tablet who are surprised and upset because the Windows RT Surface cannot run legacy Windows programs.

Microsoft will bear the responsibility if criticism mounts because consumers just don’t understand Windows 8. For better or worse, the company opted to wait until the official launch this week before it made any effort to educate consumers on the differences between Windows 8 and Windows RT, or the new features in Windows 8 that require retraining from Windows 7. Microsoft has waited until now to throw any light on the features of Windows Phone 8, presumably hoping to benefit from a burst of publicity. It will be launching into a massive advertising blitz and beginning extensive efforts to educate consumers. We’ll find out if the efforts are sufficient to blunt the initial complaints.

PEOPLE WHO THINK MICROSOFT MADE POOR CHOICES  These are the reviews that matter. There will be much criticism by people who might understand why Microsoft felt it was important to participate in the world of mobile devices but who believe that Microsoft made poor choices in designing Windows 8. Some of it will be global issues – disagreeing with the premise of a single OS that covers desktop computers, tablets, and phones, for example. Some of it will be about specific issues – the decision to take away the Start button and not permit desktop computer users to bypass the Start Screen and boot directly into the desktop, for example.

WELL-DESERVED CRITICISM BECAUSE MICROSOFT FAILS TO EXECUTE  Finally, there is the very real possibility of a gap between the promise and the reality. Windows 8 brings brand new devices to market, with untested capabilities. Not a soul outside Microsoft had touched a Surface tablet until about a week ago, and the first independent reviews were embargoed until today. No one outside the high-level development community has been able to use a Windows Phone 8 device. Microsoft’s PR department has produced advertisements that are quite striking but not at all helpful on basic issues like the limitations of a Windows RT tablet, putting a big burden on the minimum wage seasonal help walking the aisles of Best Buy.

If Microsoft fails to deliver on the promises – if it can’t get the apps that people expect in the Microsoft Store for phones and tablets, or if its Skydrive service melts down in some embarrassing way, or any one of a number of things – the haters and competitors will pile on and Windows 8 might fall to the mat.

One more thing. As you listen to the torrential criticism, keep some perspective. Ed Bott provides a valuable history lesson in his column today.

“This new version of Windows is going to be a disaster, pundits say. It will be completely rejected by businesses, who will stick with old versions even after Microsoft drops support for them.

“And its new interface is so hideous and unusable that customers who are forced to use it will trip over themselves finding ways to restore the old Start menu.

“I am, of course, talking about Windows XP, which was released 11 years ago this week. It lived down to all those insults and dire predictions for years before it finally and implausibly became a success.”

Microsoft is in this for the long haul. Like it or not, you’re looking at the future of Windows. After using Windows 8 for a few months and examining where Microsoft is going, I think the future looks good, especially for the very small businesses that I work with. Get through the learning curve and you might find that Windows 8 devices are what you’ve been looking for without knowing it.

Microsoft will launch Windows 8 on Thursday. The coverage is ramping up in the mainstream media and should reach a peak on Friday. Read everything (and keep your eyes open for hidden agendas)!