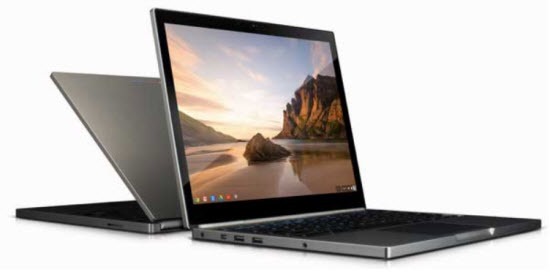 Google has achieved a rare distinction: it has now launched not one but two of the strangest, most pointless products in the long history of stupid tech products.

Last year Google introduced the Nexus Q, an orb-shaped streaming media player designed for living rooms. It had an unbelievably small set of features that did not match anyone’s habits in the real world, combined for some reason with a high price tag that made it bizarrely unappealing in almost every way. The reaction was so vicious that Google shipped almost none of the odd balls. Within three months it was listed as “out of stock” in the Google store; Google gave up that fiction and declared it “no longer available for sale” a few months later. All references to the Nexus Q were suppressed almost immediately after its announcement and Google prefers now not to acknowledge that it ever existed at all.

Think that sounds strange? Google’s announcement on Friday of the Google Chromebook Pixel might outdo it for sheer weirdness.

Google has been trying to find a market for Chromebooks since 2011, without much success. A “Chromebook” is a laptop that can run the Chrome web browser, and nothing else. Literally – nothing else. It does not run Windows, it runs “Chrome OS,” which is: the Chrome web browser. There is virtually no local storage and the device essentially goes dead without an Internet connection.

When you think about it, that’s not necessarily a bad idea. Our tech environment is evolving towards a life lived in the cloud – Gmail, Google Docs, streaming video, browser-based services. There is a Samsung 11.6” Chromebook selling quite well on Amazon.

But here’s the important part: the Samsung Chromebook and others like it sell for $249 or less. That’s about right, given that a Chromebook can’t actually do much of anything. It’s a niche device for people with limited needs who can’t afford a cheap Windows notebook or iPad.

On Friday Google announced the Chromebook Pixel, a laptop that can run a web browser, for $1,299. A version equipped with an adapter to connect to Verizon’s data network is $1,449.

This is so wrong in so many ways that it more closely resembles Google’s April Fool’s pranks than it does a real product launch. 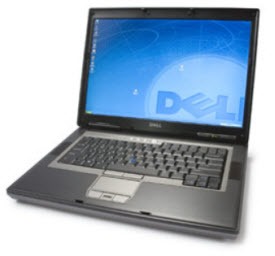 The Chromebook Pixel does not have a widescreen display, the aspect ratio that matches the design of most modern web pages and all video. Instead it has a 3:2 aspect ratio, basically square, which makes the Chromebook Pixel look like the old Dell Latitude D820 notebooks from seven years ago (shown at right).

The squared-off body reinforces that impression. It’s ugly. You could call it “industrial design,” I guess, but mostly it’s just unattractive compared to a MacBook Air or Lenovo Thinkpad or Ideapad – or almost any other notebook on the market today, for that matter.

The selling point is a screen that displays at an incredibly high resolution, 2560×1700. That’s an even higher “pixel density” than Apple’s Retina display.

There is a megapixel war going on. Apple kicked it into high gear with its much-vaunted “Retina” display on the latest iPad and MacBooks. Cameras have been advertising ever-increasing numbers of megapixels for photos, regardless of whether it makes any real difference in the quality of the picture. The reality is that we are past the point where higher screen resolutions provide any meaningful difference in our experience with a device.

The high resolution display in the Chromebook Pixel will have one important effect, though. It will severely stress the Intel Graphics HD 4000 processor handling the display. I expect reports that the system runs slowly and hot under heavy graphics use.

Google is also proud that the Chromebook Pixel has a touchscreen. Unfortunately, Chrome OS is not a touch operating system. After experimenting with touch-enabled versions of Windows XP and Windows 7, Microsoft learned the hard way that operating systems have to be built from the ground up for touch. Apple has not embraced touch on its computers because OS X will have to be redesigned before it is ready for touchscreens. It will not be pleasant to use the touchscreen on the Chromebook Pixel.

It’s worth noting that the Chromebook Pixel includes only 32Gb of storage space, reflecting its design philosophy where everything is stored online and run from online services. Who knows? Perhaps there will be a time in the future when that’s a reasonable choice. Sadly, we are not living in the future, not as far as that goes, and it makes no sense in the world we actually inhabit in 2013.

Oh, and did I mention that the battery only lasts for five hours?

It makes for a poor design and an unappealing device at any price, but the Chromebook Pixel really stands out when the price is taken into account. Not in a good way.

For $1,299, the cost of the base Chromebook Pixel, you can get a MacBook Air, a real computer with a real operating system.

For $1,449, you can get two Lenovo IdeaPad U410 Ultrabooks, laptops with a 14” screen that run all the Windows programs in the world – including Google Chrome. The IdeaPads have a faster processor than the Chromebook Pixel, a better graphics system, and their 32Gb solid state drive is used as a cache to improve performance of the 1Tb hard drive.

None of this is a mystery. The real question is, what in the world were the Google executives thinking when they approved this mess?

Google is a deeply odd company and its motives are frequently opaque. It’s possible that putting out a massively overpriced web browser just tickles their funny bones.

I’m actually drawn to the idea floated in this article, which suggests that Google has hit a home run with the Chromebook Pixel because for the next week everyone will be talking about Chromebooks. Many articles will put the Chromebook Pixel in context by saying in passing that a $249 Chromebook is a good value. The Chromebook Pixel failure will build consumer awareness and deliver positive messages about the cheap Chromebooks faster than anything Google could otherwise have done.

If that was the secret plan, it was beautifully done. Don’t confuse that with thinking that the Chromebook Pixel makes any sense by itself.

And no matter what Google does, whatever hardware it puts its name on, whatever new service it delivers, don’t forget the truth that underlies everything about the company: Google is an advertising company. Advertising revenue has made up more than 95% of Google’s revenue for many years and it has no intention of changing that. It can do whatever it wants to do for fun, including releases of half-baked products, because advertising makes it rich enough that it can afford to be eccentric. It’s fun to watch but don’t think Google should always be taken seriously.