Clean Up After Your Printers 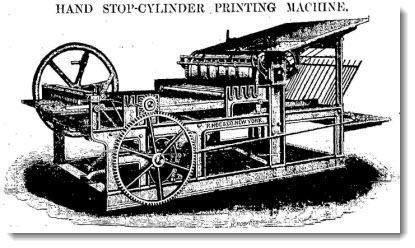 Here’s a housekeeping tip that will help keep your computers happy.

When you take a printer out of service, remove the printer from the Printers folder, then uninstall the programs that were installed to support the printer. HP, Epson and Canon are all likely to have dropped anywhere from three to a dozen programs on your computer – status monitors, scanning utilities, bad photo editors, useless web services, advertising for ink cartridges, and more. Usually they’re all listed with the manufacturer’s name listed first, like this sample of programs installed with an Epson all-in-one unit. 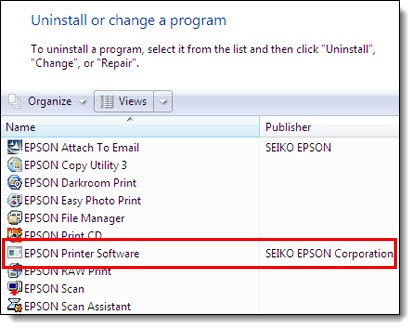 Yank them all! Most of them were useless while you owned the printer, and they’re worse than useless after the printer has died. At worst they can slow down your computer – delaying startup while they attempt to find the nonexistent printer, for example – and they can conflict with the software installed for your new printer.

All too often I find Printers folders stuffed with printers that disappeared long ago, or discover a list of programs in Control Panel for devices that are long gone. Clean up after your printers! If you do it, you might not have to pay me to do it.

And when you get your new printer, keep an eye out for stealth software that isn’t necessary. I wrote an article about how to avoid the junk that HP tries to install with its OfficeJet printers but it’s certainly not the only offender. Keep an eye out for the checkboxes that can be unchecked to avoid accumulating crud on your computer.