The Affordable Care Act And The Rollout Problem 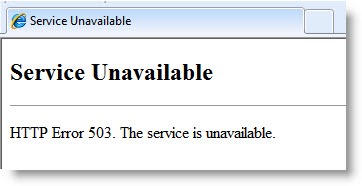 The news is full of the technical problems that have kept many people from navigating the web site set up for the Affordable Care Act marketplace. I don’t want to discuss the politics of the Affordable Care Act, but there is one aspect of the technical problem that is familiar from long experience: it’s very difficult to introduce a new service and have sufficient capacity for it to start successfully. It does not necessarily mean that the service will fail in the long term.

Three years ago I called it “The Rollout Problem.” Every step in the process of development and release of new web services is lovingly documented. Communities of people breathlessly await the first day of availability of almost any new service – enough to crash the resources made available almost regardless of how carefully a rollout is planned.

A few examples make the point.

—  Almost ten years ago online gaming service Steam was introduced, and promptly put frustrated gamers through hellish experiences as its servers crashed under the loads. It took months for the company to beef up capacity but it eventually became (and remains) the preeminent gaming service in the world.

—  Google, Apple, and Microsoft have all had botched launches of new services with servers brought down by high demand. They’ve gotten better at handling first-day rollouts but only after huge investments in infrastructure and many lessons learned through bitter experience.

—  The Medicare prescription drug program was plagued by problems in the weeks after it began in 2006. Elderly and disabled patients were unable to get medicine and a computer glitch caused hundreds of thousands of recipients to be overcharged. Time passed and the problems were worked on and now the prescription drug program is a functioning and valuable part of Medicare.

—  Perhaps the best example: exactly the same thing happened in Massachusetts in 2006 when Mitt Romney signed the health care bill that is the model for the Affordable Care Act. The first few months were a mess of “lost paperwork, computer glitches, confusion over who was eligible for what, and not enough staff to handle the workload,” as recalled in a recent article.

In all of those cases (and many more like them), the problems were addressed and functioning systems slowly emerged.

It’s hard to look at the long term in today’s intense environment where snap judgments and short attention spans seem to rule the day. Don’t draw conclusions too quickly about the success or failure of the Affordable Care Act based on website crashes in the first few weeks. Yes, it’s possible that the rollout is fundamentally flawed and will not recover, but it’s way too early to know that yet.

And don’t judge the federal government too harshly on its apparent lack of technical skills. On the same day that the New York Times published a critical article about the government healthcare exchange, it published two other articles about technical glitches by private companies making life difficult for real people.

—  Xerox caused an embarrassing failure of the nationwide EBT system that processes food-stamp cards, leaving users in 17 states unable to use their benefits for most of a day.

It’s easy to be distracted by news outlets with a need to overdramatize for ratings and web clicks, and pundits with partisan agendas who are happy to make dramatic pronouncements of failure. Take a longer view and reserve judgment until we find out whether long-term solutions can be put in place.