Evernote–It’s The Best Of Apps, It’s The Worst Of Apps 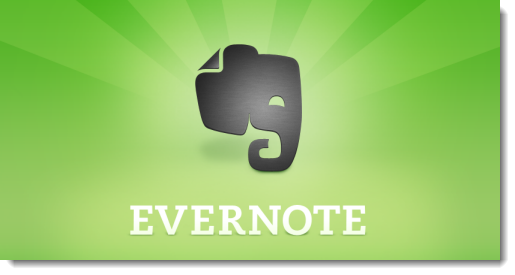 Evernote is a popular app that can hold all kinds of information and give you quick access to it on all your devices – computers, tablets, and phones. As its popularity increases, it has been getting more attention, for better and for worse.

Recent puff pieces in Time magazine and the New York Times leave the impression that Evernote is a miracle, the digital archive that can organize your life, the answer to all your problems.

On the other hand, a recent widely-distributed article makes a convincing case that it’s a bug-ridden mess, with security holes and poor support. The Evernote CEO wrote an article in response which admitted that the criticisms were basically correct.

Both of those things are true, although don’t get too excited about the “miracle” part – Evernote is also irrelevant for lots of people. Let’s see if we can unwrap it a bit.

Evernote is a place to save things. A recipe. A scrap of information. A web page. Once you put something in Evernote, it’s indexed and searchable.

Whatever you put in Evernote is synced online, then replicated out to every other copy of Evernote linked to your account on other devices. You have the same data in Evernote no matter which device you pick up.

The program can be installed for free on any device – there are versions for Windows and Macs and just about every tablet and phone imaginable. There is a premium upgrade for $45/year that you might consider to get some extra functionality and to increase storage limits.

Evernote broadly does the same job as Microsoft OneNote, the Office program that you may not know you have. Remember one of the basic principles of our technology life: frequently the best tool for a job is the one that you know how to use. OneNote users are partisans, constantly preaching about OneNote. Here’s one of my articles about the wonderfulness of OneNote. If you’re a OneNote user, Evernote is irrelevant to you. On the other side are Evernote users, who are even more rabidly partisan – they know how to use Evernote so it must be the best, right?

As Evernote has evolved, it has begun to promise more. In addition to holding web clippings and meeting notes, you’re encouraged to use Evernote to store Word and Excel files, PDFs, music and video files, all your photos, voice recordings, and more, until Evernote is syncing many gigabytes of data. The idea is that Evernote becomes the single place for all of your data so you only have to look in one place for everything important. Once something is in Evernote, you can easily search for it, share it, or post it later.

That’s an ambitious goal. For what it’s worth, it doesn’t really match the way I work. I put a lot of information into OneNote but I’m more comfortable with my files in Skydrive, available locally or online in folders that I can see in File Explorer. Still, I can see Evernote’s appeal. It’s got an elegant design and there are a wealth of add-ons from Evernote and third parties to handle specific chores, from clipping web pages neatly to organizing your pictures of food.

Now Evernote is dealing with explosive growth. According to Time magazine, the CEO claims that Evernote has 75 million users, 35 million of whom have signed up since August. It’s preinstalled on Lenovo laptops and Google Glass. Venture capitalists have invested more than $250 million in the company so far. There are Evernote fashion accessories. The New York Times says that Evernote is “the easiest catchall tool for saving anything you might need later . . . [A] comprehensive single archive of your digital life, giving you one location to store and find practically everything saved on a computer or phone.”

Nothing is perfect. A blog post about bugs and security issues in Evernote went viral a few days ago and caused a hubbub. The author described some terrible support experiences, some sync failures, and a possible security problem where personal info was embedded in a log requested by the company for troubleshooting. From the article:

“Evernote’s applications are glitchy to the extreme; they often feel as if they’re held together by the engineering equivalent of duct tape. Browser extensions crash, text cursors leap haphazardly across the screen — my copy of Evernote’s image editor Skitch silently failed to sync for months because I hadn’t updated to the new version. Most issues are benign enough, but the apps are so laden with quirks that I’ve long held a deep-seated fear that perhaps some of my data has not been saved, that through a syncing error, an accidental overwrite — some of these ideas have been forgotten.”

A bunch of commenters chimed in with their own stories of bugs and crashes and poor support.

It was enough to draw a response from Phil Libin, Evernote CEO, with an unusual mea culpa: “I could quibble with the specifics, but reading Jason’s article was a painful and frustrating experience because, in the big picture, he’s right. . . . We kicked off a company-wide effort to improve quality a couple of months ago. The precipitating factor was the frustrating roll-out of our iOS 7 version. We gained many new users, but rushing to completely rebuild the app for the new platform resulted in stability problems that disproportionally hit longer-term customers, including ourselves.” He promises that the company’s efforts in 2014 will be focused on stability and simplicity.

There is no compelling conclusion to this story. Evernote is a good program – a little busy for my taste but hey, I’m a OneNote user. If you might benefit from a program that becomes your long-term repository of random notes and clippings, as structured or unstructured as you care to make it, you should look at OneNote or Evernote. The usual precautions apply, though: both of them are big, complex programs that will not necessarily be welcoming at first glance. Each has features that are not obvious and quirks that must be learned. Only take them on if you’re willing to spend time at the programs’ web sites reading the promotional material and watching the how-to videos.