How To Survive The Adware Assault 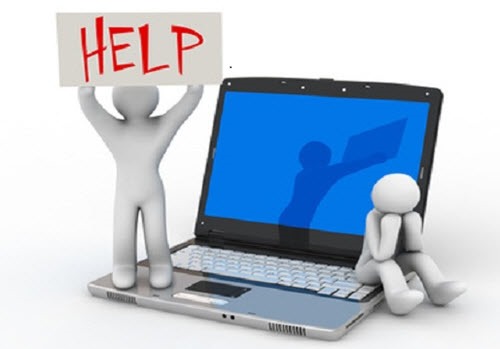 We are being assaulted by adware – programs installed by stealth and deceit by advertisers who do not care if they are unwelcome.

This isn’t a new problem but it’s getting worse. I feel like I’ve been spending half my time cleaning adware from perfectly nice computers in the last couple of months. It’s outrageous and infuriating. It makes me so mad! Ooooh! It makes me say bad words.

There are many reasons that people are picking up tablets instead of computers in increasing numbers. Last month I blamed the computer manufacturers. I changed my mind. It’s all the fault of the stupid advertisers. Computers are overly complicated and advertisers have learned that we can be easily manipulated into messing them up for their benefit.

How do you know if there’s adware on your computer?

Your browser home page is changed; your search results come from an unfamiliar place instead of Google; there are toolbars at the top of the browser that you don’t recognize; links on web pages are underlined and ads pop up when your mouse goes over them; you type in one website but you’re redirected to another one; unfamiliar programs start appearing in the middle of the screen claiming something needs to be done to your computer – oh, and all too often your computer also starts to slow down and programs start crashing. Any or all of those symptoms might mean you’ve picked up something unwanted, and of course that’s not an exhaustive list.

Who are these swine?

They’re executives who wear suits to work and get paid a lot of money and face no consequences for what they’re doing.

The people distributing malware and viruses are anonymous criminals in Russia or Eastern Europe or someplace else a long way from here. In your mind, they’re dressed in t-shirts and they talk to each in guttural tones and you have this vague feeling that they could be put in jail.

The advertisers aren’t doing anything illegal. That’s the problem. The most obnoxious one recently, Conduit, is a billion dollar company with 400 employees. It works under a thousand pseudonyms, installing toolbars and mucking up browser settings with gay abandon. We hates them, we hates them!

No, no, you don’t understand. These aren’t the bad guys. In the eyes of the law, these are good guys. The only people who think this should be stopped are each and every computer user in the world, and our opinions don’t count when it comes to Making Money.

How do these programs get on your computer?

You put them there. Sorry. That’s technically true, and that’s the ultimate defense of these wretched scum.

Almost always, you’re downloading something “free.” Maybe it’s an update to Java or Adobe Reader, which all too often is accompanied by Google Chrome and Google Toolbar, or the (shudder) Ask Toolbar, or a useless McAfee security program, or something else. (Here’s an article about Java and adware.) Executives from those companies should be publicly humiliated for those ad deals, possibly while locked in stocks in a public square.

Or perhaps you’re looking for a free alternative to an expensive program and you’re led to Download.com, which wraps its downloads in an “installer” that conceals additional toolbars and junk programs. When you click OK, you give the advertisers free rein. Download.com has become a particularly scummy source of adware. It used to be a respectable site. Here’s an article from a couple of years ago about adware from Download.com, a site run by CNET and owned by CBS. It’s gotten worse since that article was written.

Or perhaps you arrive at a web site that pops up a window informing you that you need to install a video player or update something that you vaguely understand. Click OK and you have turned over control of your computer.

There are many, many more sources of adware that hides out and gets installed along with the program you thought you wanted.

How do you avoid getting adware on your computer?

Want to know the best way to avoid getting adware? Don’t download “free” programs. Remember this bit of wisdom:

If you’re not paying for it, you’re not the customer. You’re the product being sold.

When you’re downloading and installing a program – especially a free program – scrutinize every screen that comes up. Look for checkmarks that can be unchecked. Look for weasel words that might conceal a disclosure that other programs are coming along. Always do a custom install and study the options. Want a particularly nasty example? When you install software for an HP printer, HP conceals its own adware behind innocuous looking links in a non-standard install routine.

Here’s a pro tip: almost any meaningful Windows utility can be downloaded and installed from Ninite.com. It carefully prepares each program so that there are no decisions to make and no unnecessary crud comes along. Ninite is a trusted friend when I’m setting up a new computer.

How do you remove adware?

The good news is that most of the adware can be removed from Control Panel / Installed Programs. The problem is, you have to be able to identify it in the list. Here are a few tips.

—  Remove anything with the word “toolbar.”

—  When you find something that is adware (including toolbars), sort the Installed Programs list by date. Look at the other programs installed on the same date. Frequently that makes it easy to spot the crap that all arrived together.

—  Move slowly when you’re uninstalling the programs. Many of them will try to fool you. They’ll twist the meaning of OK and Cancel, or they’ll leave boxes checked that will install other programs, or they’ll beg for money or forgiveness. Buttons will move around hoping to fool you into making a mistake.

—  Although some of them will demand that the computer be restarted, it’s almost never necessary until you finish removing them all. (Some of them won’t be removed from the list until after you restart.) Restart when you’ve finished.

—  After the adware is removed and the computer has restarted, open your web browser and reset the home page (instructions here).

—  In Internet Explorer, click on the gear in the upper right, then click on Internet Options / Programs / Manage Add-Ons. Click on Search Providers; set Google or Bing as the default, then remove all the rest.

In the last week I’ve worked on three computers that had nearly collapsed under the weight of 15-20 adware programs apiece. At the moment it’s a worse problem than malware and viruses, which are currently in a lull.