The Best Thin And Light Windows Laptops You Can Buy Now 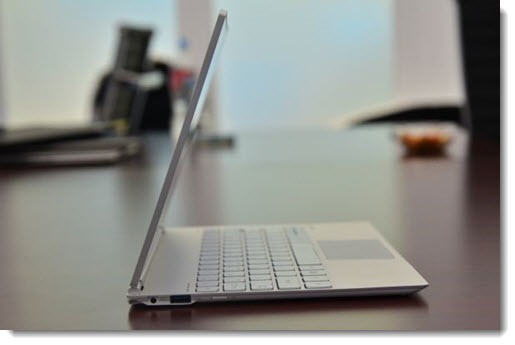 Here are some shopping tips about the best Windows laptops on the market today.

It’s a good time to buy. There’s nothing revolutionary on the horizon. Later this year or early next year, Intel’s next generation of processors will extend battery life even further, but not enough to justify a delay.

Why you want to spend more than a thousand dollars

There are hundreds of cheap Windows laptops, from sub-$300 models on up to $800 or so. If your budget is limited and you’re shopping in that range, buy whatever appeals to you, with my blessing. There will be some shortcomings compared to the ones that cost more, but that’s what it means to compromise on a budget. No shame there, just have your eyes open. Inexpensive laptops will have some combination of these flaws:

•  They’ll be built with cheap components.

•  The battery won’t last as long.

•  They’ll be slow (especially if they’re built with a traditional spinning hard drive instead of a solid state drive).

•  They’ll be thick and heavy.

•  They’ll likely be loaded with crapware, preinstalled programs that you don’t want. Crapware calls attention to itself, demands money, takes up hard drive space, and in the worst case drags down performance.

No need to overstate the problems. There are cheap laptops that are just fine. You need to know, though, that shopping in the $1,000-$2,000 range offers better quality and worthwhile features. You don’t need to overspend or get something gold-plated but you also don’t want to be frustrated every day.

Get a thin and light laptop if it meets your needs

There is no technology that is right for everyone. (Except the Kindle Paperwhite, which is the only Perfect Device on the market today.) In my opinion, most people will appreciate a thin and light laptop, but there are exceptions.

Gamers, for example, will not get the video performance they need unless they get a laptop with discrete graphics, likely paired with a bigger screen and more horsepower.

People in the Apple ecosystem should get a Macbook Air, of course.

Some people simply must have a 17” screen and damn the consequences. You’ll recognize them from their stooped walk and curved backs – 17” laptops are heavy.

And finally, if you can only afford $600 for a laptop, well, do the best you can.

With all those exceptions in mind, the general point still stands: most people should get a thin and light laptop.

Don’t think about it, just get a touchscreen

There are still laptops without touchscreens on the market. Some people agonize over that decision and tell me earnestly that they want to save the money because they’ll never use a touchscreen.

You’re right. You don’t need a touchscreen. But how I wish it was a standard part of a laptop so we wouldn’t have to have this discussion!

Touch is natural on a laptop, where your hands are close to the screen, unlike a desktop. Windows 8 is designed for touch and you’ll use it naturally for some things as you get used to the Windows 8 interface.

Even on the Windows desktop, it’s easier to reach out with your finger to scroll down on a web page or a long document. Once you’ve zoomed in on a web page or photo by spreading two fingers, you won’t be able to forget how to do it and you’ll find yourself doing it again.

The touchscreen is a permanent and very useful part of using any portable device, including a laptop. Don’t consider a laptop without a touchscreen. If you don’t use it, so what? I don’t use a trackpad but I don’t resent its presence on my laptops.

The best thin and light laptops you can buy now

There are some thin and light laptops that consistently land at the top of thoughtful roundups. Each has its own characteristics and quirks. You’ll want to read some of the reviews that I link here to see if anything jumps out at you to help make up your mind. These aren’t brand new models being swept along by marketing hype; you can find reviews written by people who have used these laptops out in the real world.

I’ll single out a few choices to help you get started.

I’ve been using the Microsoft Surface Pro 3 for a week and my first impressions are all good. It feels like I’m carrying an iPad, it starts instantly, but it’s a full-powered laptop with a Core i7 processor and Windows 8 Pro. The 12” screen looks bigger because of its more square shape. It’s not for everyone; it’s beyond the comfort zone for many people who want a conventional laptop. I’d encourage you to stop by Best Buy and take a look before you finish shopping. (This article has a nice description of the pros and cons of using the previous version Surface Pro 2.)

The Acer Aspire S7-392 gets rave reviews. The Wirecutter recently chose it as the “best Windows Ultrabook” in a long article that I highly recommend for shoppers. It describes the pros and cons of the Acer and other highly rated laptops clearly and accurately. I’ve read many other similar articles about the Acer and heard much positive feedback. Esteemed Microsoft journalist Mary Jo Foley chose the Acer after months of testing and soliciting feedback and opinions.

The Lenovo Yoga 2 Pro also turns up frequently as one of the most-liked current Ultrabooks. It has a unique cover that folds completely around so the Yoga 2 Pro can be used as a tablet if desired. Text and icons can be very small on its absurdly high-resolution screen (3200×1800), but it’s reasonably priced and has the specs of a more expensive machine. More info in this typical review (“one of the best touchscreen Ultrabooks you can buy, especially at this price”).

My personal favorite was the previous generation of the Lenovo Thinkpad X1 Carbon Touch, the “business Ultrabook.” It’s still one of the most elegant and best designed laptops available and I still highly recommend it, but Lenovo made controversial changes to the keyboard and some people find that very upsetting. (The row of function keys is replaced with a strip of context-specific controls that change depending on what’s onscreen, and the delete key is next to the backspace key.)

Dell’s XPS 13 gets high marks, as does the Samsung ATIV Book 9 Plus. I had one of the first Samsung Series 9 notebooks and liked it quite a lot; supposedly they have only improved in the few years since then.

That’s probably enough to get you started. If you can use some help choosing specific options, get in touch and we’ll shop together. Happy shopping!