Three Reasons Why I No Longer Recommend Windows Phone 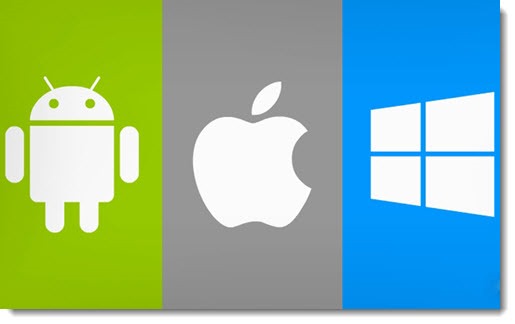 I was an early adopter of Windows Phone 8 and I have recommended Windows phones to clients and friends. I thought there was a good chance that Windows Phone would achieve sufficient momentum that developers would come on board and treat Windows as a platform worthy of the same respect and effort as iOS and Android. It also looked like Microsoft was ready to move slightly faster and execute slightly better than Apple and Google as everyone’s devices advanced.

It’s two years later. It hasn’t worked that way. I no longer recommend that you consider Windows phones when you’re choosing your next smartphone.

Microsoft started working on an operating system for phones and tablets almost twenty years ago, and made a big push for businesses and enterprises with phones running Windows Mobile in 2003. Windows Mobile phones and tablets achieved modest popularity but never got much attention from consumers, and were more or less ignored after Apple introduced the iPhone in 2007 and monopolized the world’s attention. Most people believe Apple created the smartphone, when the reality is that Apple capitalized on Microsoft’s work and made smart choices about design and marketing combined with an uncanny sense of timing.

Still, Microsoft kept plugging away during the next few years with new versions of Windows Mobile, renamed Windows Phone, even as Google began its steamroller advance with Android and took over the market on its way to its current overwhelming 80% market share.

Microsoft made its big move two years ago, in October 2012, when it introduced Windows Phone 8. It was a striking redesign that brought a fresh, modern interface and unique features along with a succession of Nokia phones that moved the bar up for quality and performance. Buying a Windows phone was a vote of confidence in the Microsoft ecosystem.

Here are the three reasons that it’s not working.

Reason 1: Android and iOS have improved faster than Windows Phone

Apple, Google, and Microsoft have all improved their phone operating systems in the last two years.

Apple flattened the design of iOS and cleaned up some of the more odd-looking apps and icons. At the same time Apple has continually improved its phone and tablet hardware with higher resolution screens, slimmer designs, longer battery life, and better cameras. If you don’t mind being in Apple’s world, the iPhone 6 is arguably the best phone on the market. When you combine it with the rich world of iOS apps, you get a phone that is a great choice for almost everyone.

One example stands out: Apple’s fingerprint sensor is a hugely important advance in device security, something that matters to everyone as we connect our phones to every aspect of our lives. Making the phone more secure helped lay the groundwork for Apple Pay, another important advance that shows how Apple can combine its market power with perfect timing to bring a budding market to life.

Meanwhile, Google has finally gotten Android past its gawky teenager phase and made it a well-designed and good-looking operating system. The newest version, Android Lollipop, is just as attractive and usable as iOS and Windows Phone, with almost none of the rough edges that used to irritate me about Android. Google’s invasions of privacy are a bit insufferable but there is no denying the magic of Google Now’s ability to display useful information before you ask for it, and the constant improvements to Google Maps elevate it to something extraordinary.

Android hardware is all over the map, from cheap pieces of junk to overstuffed flagship phones from Samsung that suffer from app bloat and unappealing add-on skins. But the best Android phones are on par with the iPhone and the best Windows phones by any measure.

Microsoft has improved Windows Phone, too, and the newest version, Windows Phone 8.1, has some nice new features and a better design. But it has been unable to deliver those improvements in a timely way (Verizon customers are still waiting for the 8.1 update), and my feeling is that more important things are happening in Android and iOS. On Microsoft’s side, everything is on hold until a year from now when Windows Phone 10 is released to accompany Windows 10, and familiar promises are being made about how swell everything will be then.

Maybe so. But as we sit here today, Apple and Google are executing faster and doing more interesting things with iOS and Android than Microsoft is doing with Windows Phone.

Reason 2: The lack of apps for Windows Phone is getting worse instead of better

There are many ways to measure the apps available for different platforms. There is the raw number of apps – a million here, 700,000 there, 300,000 over there. Those numbers don’t convey much.

Or you can go down a list of the top 100 apps on iPhones and Android phones and see how many are available on Windows Phone. See? 47 of them, or 76 of them, or some number, are available, and that’s not so bad, eh?

This is what I see when I step back to look at the big picture.

For all intents and purposes, no important company is bringing apps first to Windows Phone instead of iOS or Android – including Microsoft.

With a handful of exceptions, no developer is releasing apps for Windows Phone at the same time and with the same attention to detail as iOS and Android – including Microsoft.

When apps are released for Windows Phone, they frequently lack features or are buggy compared to the iOS and Android versions, and they do not get updated as often.

Instead of getting better, I see the situation getting worse over the last two years. Microsoft has been working hard to attract developers and convince market leaders to release Windows Phone versions of major apps, but the market is inexorably tilting to iOS and Android and Microsoft has little hope of turning the tide.

Many people use a phone for mail and browsing the web. Windows Phones do that quite well. But almost every Windows Phone user is running into some app that would be useful but is only available on iOS and Android.

There are long lists of apps that aren’t available on Windows Phone. Google apps aren’t available, including YouTube and Google Maps. There are third party alternatives but that misses the point, in my mind. Snapchat, Sonos, local banks, Tinder, Yelp, this or that specific app that might catch your eye, all missing from Windows Phone.

I use the Amazon Kindle and Audible apps on my phone every day. At first I thought Amazon should be ashamed. They’re missing features and crash constantly on Windows Phone. (Come by on one of the days when Audible loses my place in an audiobook – which is almost every day – and you can hear me curse and scream. Very entertaining.) What I’ve come to realize is that it’s not really Amazon’s problem – it’s my choice of phone that’s the problem.

I use RingCentral to handle my phone calls. I blamed RingCentral for not releasing an app to integrate the service with Windows Phone. It’s not the world I wish it was. In the real world where Windows Phone has a vanishing market share, it’s up to me to change phones, not up to them to release something for a tiny group of people.

If you’re a Windows Phone user, you will be forced to make excuses to yourself when you can’t do something that can be done on other phones. It’s frustrating and there’s no important reason to keep doing it.

Reason 3: Nothing is changing

There’s no momentum. Nothing will tip the scales to Windows Phones any time soon.

Microsoft is going to plug away. There will be improvements announced for the operating system. Apps will still appear. There will be improvements to make Windows Phone easier to manage for enterprises, and that may lead to more adoption in large companies. Cheap phones will be released in developing countries now that Microsoft will license the phone operating system for free. Maybe the landscape will look different in a year, or two, or five.

Today, though, Android is the mobile equivalent of Windows on desktop PCs — it’s everywhere. Google and Apple are working hard to keep Microsoft from taking a seat at the table, sometimes by unfair means but mostly by making their devices better at a faster pace than Microsoft. The free license may cause more cheap Windows phones to be sold but Android sales volume will probably go up even more quickly.

Microsoft realizes that, I think. It is quickly repositioning the company so that it is not locked into the position of being a failed third ecosystem. Yes, there are Windows phones and tablets, and there will continue to be for years to come, but Microsoft is better thought of as a cross-platform collection of services than a separate ecosystem. You can take advantage of almost every important Microsoft program and service on an iPhone or Android phone.

You won’t make a mistake if you buy a Windows phone. The best Lumia phones are quite nice. But I’m not going to suggest them any more if you call for advice.

I’m still carrying my Lumia Icon – you know, the flagship phone that Verizon dropped with no notice. But in a week or two, I’ll receive a new OnePlus One phone, an unlocked Android phone that is dearly loved by the tech community, and I’m a bit sad to say I’m really looking forward to it.