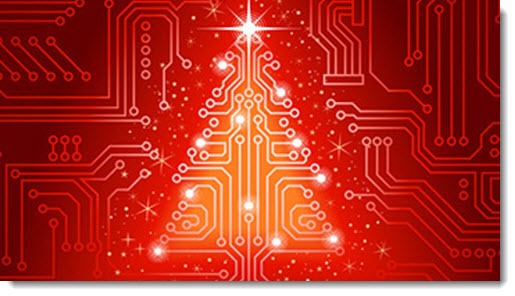 Season’s greetings! I hope the end of 2014 finds you warm and safe, with plenty of gadgets and gizmos to keep you entertained.

The last year was the best of times and the worst of times for technology. Apple released the iPhone 6, which raised the bar for mobile devices. Google responded with continuous updates for Android that pushed it out of its gawky adolescence to become a mature and polished platform. Microsoft started a transformation into a cross-platform cloud service provider, which may take the sting out of the almost complete rejection of Windows Phone by developers, consumers and businesses.

Mostly good news, then, for mobile devices. Things are a little more gloomy on our PCs. When Vista failed, Microsoft could at least partially blame the failure on manufacturers who shipped underpowered computers and failed to update drivers. Windows 8, though, cannot be blamed on anyone but Microsoft itself, which completely misread the direction that a billion Windows users wanted the OS to go. The updates to Windows 8 in 2014 address many of the complaints but that hasn’t changed the market perception that Windows 8 is to be avoided.

And when you step back and look at the big picture, 2014 will be remembered as the year that the bad guys firmly took the reins. On an individual level, the constant barrage of adware has made us afraid to go online. Meanwhile, large scale hacks caused havoc, starting with credit card thefts at Target and Home Depot, followed by disclosure of hackers stealing client data from J P Morgan Chase, and finally culminating in the ongoing Sony attack that threatens the foundation of a global company.

It’s impossible to guess what 2015 holds. Security analysts are all too aware that the next cyberterror attacks could be far more destructive than the Sony hack. Any of the major companies could announce new game-changing technology. Even the incremental improvements are hard to predict. Microsoft is smoothing out rough edges on Windows 10 to make everyone happy on every size of device. Will it rekindle excitement for Windows, or will it fall victim to the increasing reality that it doesn’t matter what OS we use?

Tell you what – let’s put all that out of our minds for now. Go read about Skype Translator instead. (Try this article – Peter Bright’s reaction to it.)

Microsoft is previewing a service that translates spoken conversation from one language to another and back again, in real time, as you talk. Watch the video of a conversation between classrooms of kids in Seattle and Mexico City (above, or click here).

This is transformative, awe-inspiring technology that makes me optimistic for the future – it makes me grin and leaves me a little teary to think of how quickly our world is turning into science fiction. Microsoft is building a Babel fish! How cool is that!

Forget the hackers and the crashes and the angst that comes along with a world changing faster than we can keep up. Think about the ways that technology can unify the world and improve our lives and solve hard problems. We’ll see some of that in 2015. Then put it all aside and enjoy the holidays with family and friends, with our best wishes for a happy and prosperous new year. Bruceb News will be back next year with more technology tidbits for your amusement!