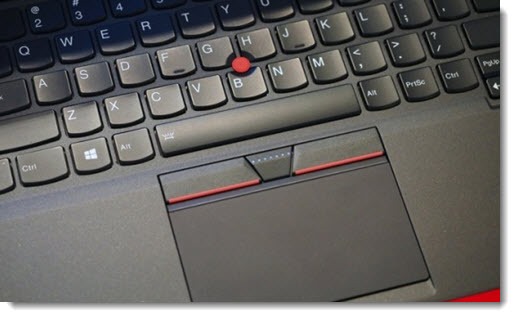 Lenovo will shortly begin selling a laptop with a rare distinction: it is perfect. It has everything that a business user wants from a laptop. It comes at a premium price, granted, but perfection has a price.

In 2013 Lenovo introduced the Thinkpad X1 Carbon, a nearly perfect laptop – impossibly light and thin, with everything that road warriors want. I bought one and it continues to be one of my daily workhorses. When Lenovo added a touchscreen, I swooned from the emotional impact.

There was a stumble in 2014. Last year’s model of the Thinkpad X1 Carbon fiddled with the keyboard in ways that didn’t seem like a good idea to almost anyone. The function keys were replaced with an innovative set of “adaptive” keys whose function (and appearance) would change depending on the active program onscreen. The backspace and delete keys were moved next to each other. Lenovo also removed the two keys at the base of the keyboard for left- and right-clicking mouse buttons, the preferred option for people using the pointing stick in the middle of the keyboard instead of the trackpad.

Later this month, Lenovo will begin selling the 2015 version of the Thinkpad X1 Carbon, and it responded to the complaints about last year’s model by returning the laptop to its roots. The 2015 version has the traditional Thinkpad keyboard that has won plaudits for years as one of the best keyboards available. Function keys are plain black buttons, the mouse buttons are back in place where they belong for pointing stick users, and the backspace and delete keys are separated from each other.

There are a few other improvements. The Thinkpad X1 Carbon is slightly lighter than before – under three pounds and wafer thin – allowing Lenovo to brag that it is the lightest 14 inch Ultrabook in the world. It has fifth-generation Intel Broadwell processors – conventional Core processors, not the new Core M processors that seem to be a bit underpowered in their current incarnation. It uses the latest PCIe solid state drives, a bit of techno gibberish that means the drives might or might not be faster than the current generation of solid state drives. (It seems to depend on who’s looking and what’s being measured.) Performance will be lightning fast. Lenovo claims 11 hours of battery life.

Mostly, though, it’s the same Thinkpad X1 Carbon that we’ve known and loved. The styling is elegant, the body is rugged, it fits a 14 inch screen into a 13 inch case, and it has a beautiful screen. It is the best laptop available. It’s perfect.

A note about the display. Manufacturers have been chasing each other to offer increasingly high resolution displays. It looks good in advertising but it’s not always a good experience. Using Windows on a very high resolution display is frequently frustrating because it doesn’t scale well, so too many things onscreen are very small on a high resolution screen. Turning up the scaling to 150% or 200% causes text to overflow past window borders and makes buttons disappear, and some programs ignore the setting and continue to make everything unusably small. (You haven’t lived until you’ve tried to use Adobe Photoshop on a high-resolution display.)

The Thinkpad X1 Carbon will be available with a high-resolution 2560×1440 display, which I’m sure will be gorgeous. Everything will be small, although not as bad as the over-the-top 3200×1800 screen on the Lenovo Yoga Pro 3.

Apparently the lower-priced Thinkpad X1 Carbon laptops will be available with a 1920×1080 screen, a much better choice for aging baby boomer eyes. Details aren’t yet available but I’ll bet the lower resolution will only be available on non-touchscreen models. That’s a tough tradeoff; I think every Windows 8 laptop should have a touchscreen. I’d understand if you saved a buck and got a screen where everything would be larger to save your eyes.

Pricing and configuration details aren’t available yet. Expect base models of the Thinkpad X1 Carbon to be over $1,200. The price with the features you want will likely soar up to $1,500-$1,700. But you know what? Perfection is hard to come by. The Thinkpad X1 Carbon is worth it.