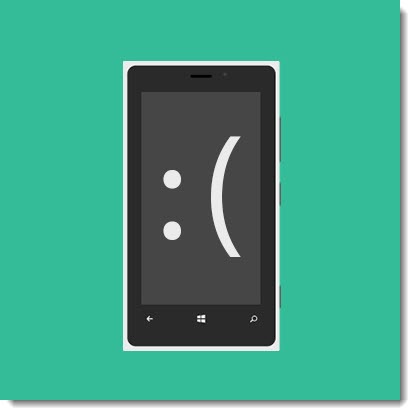 In 2012, Microsoft embarked on a grand experiment to create a worthy competitor to the iPhone and Android out of thin air. It devoted huge resources to develop Windows Phone 8, a phone operating system with unique and endearing features, then implored developers large and small to treat the nascent OS as an equal and develop apps for it.

The effort failed. Windows Phone is not deceased but it is remarkably close to it, and there doesn’t appear to be anything that will change that. Microsoft will attempt to regain some momentum late this summer with Windows 10, which will include a big push to give Windows phones some credibility, but their Windows 10 effort is being engineered so they can just as easily absorb the failure of Windows Phone without a whimper.

This isn’t news. A few months ago I explained my reasons for believing that Windows Phone was doomed, and explained that Microsoft’s moves into iOS and Android could be interpreted as Microsoft’s preparation to accept the failure of the entire Windows Phone platform.

Android and iOS combined for 96.3% of the smartphone market in 2014. Over 1 billion Android phones were sold, further solidifying Android’s dominant position and leaving little room for other platforms. To put that in perspective, more Android phones were sold in 2014 than all phones put together in 2013. Apple got a bump in market share in the 4th quarter from iPhone 6. Meanwhile, market share for Windows Phone actually declined sharply from 3.3% in 2013 to 2.7% in 2014. There are little tiny bright spots – Windows Phone has bigger shares in a handful of countries outside the US, and some big companies appreciate Windows Phone security and enterprise features – but the declining market share reflects a failure of Microsoft’s efforts to increase sales by lowering the price of the OS and selling low-end phones.

But it gets worse. When Apple announced Apple Pay, banks and retailers fell over themselves to sign up to allow iPhone users to make purchases with their phones. It left a void on Android which Google rushed to fill by buying Softcard, the only plausible competitor to Apple Pay. Softcard had originally been developed as a joint venture between AT&T, Verizon, and T-Mobile, but the carriers saw that they did not have the resources to compete with Apple and stepped aside to let Google take a crack at it. Softcard will likely become the technology powering Google Wallet to let you pay for a latte by tapping an NFC terminal with your phone.

Although almost no one was using it, a Softcard app had been available on Windows Phones. Within a few days after Google purchased the Softcard technology, Softcard announced that support for Windows Phone will be dropped posthaste. That leaves Windows Phone without any payment system to compete with Apple Pay and whatever is released for Android. Microsoft might dream up its own payment solution but it has little chance of getting banks and retailers to adopt it. That’s a huge problem for Windows Phone; mobile payments are quickly going to become something that everyone naturally expects from their phones.

There hasn’t been any good news for Windows Phone. Microsoft is in a weird holding pattern for another six months, until Windows 10 is released. It has flooded the market with cheap Lumia phones but has no flagship phone for enthusiasts who want to believe in the platform. Verizon is so hostile to Windows Phone that it currently does not have a single Lumia phone in its inventory.

Windows 10 is a make-or-break release for Microsoft, which is counting on getting the new OS installed on hundreds of millions of computers worldwide (even allowing free upgrades to computers with pirated versions of Windows). The idea is that momentum for Windows 10 on desktops and laptops might cause developers to return to Windows and create new apps. Windows 10 has been rebuilt so new apps can be easily ported to devices of any size, from desktop computers to phones, with a minimum of recoding.

The reality, though, is that it’s unlikely that Windows Phone will ever have more than a miniscule market share, regardless of what Microsoft does. Microsoft is not going to explicitly abandon Windows Phone (here’s a good explanation of the face-saving and tactical reasons that it cannot surrender), but there are many reasons to think that the game is over for Microsoft in mobile devices.