Dell XPS 13 And XPS 15: The Great Laptops You Can Afford 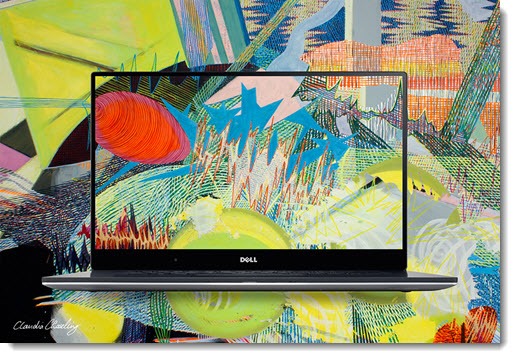 Dell is selling a refreshed model of last year’s XPS 13, the laptop that won the hearts of everyone who saw it. The XPS 13 introduced Dell’s “InfinityEdge” screen, with a disappearing bezel that allows a 13” screen to be packed into an 11” case. The upgraded XPS 13 now comes with 6th-generation Intel Skylake processors and extended battery life. And now it is joined by a completely overhauled XPS 15 that also has the bezel-less screen and top of the line specs in a thin and elegant case. Both laptops are available now.

Microsoft got all the attention last week with its top of the line Surface Book but you might be left looking for an alternative when you’re done dreaming and you look at the price tag. The Dell XPS 13 and XPS 15 are the alternatives, gorgeous designs and no-compromises specs for hundreds of dollars less than the Surface Book.

We’ve become accustomed to laptops with 12”-13” screens. The 15” screen on the XPS 15 is bigger than most people need. The smaller XPS 13 is 2.6 pounds; many of the XPS 15 models are 4.4 pounds, which is a big weight increase. But many of my clients request bigger screens for their fading baby boomer eyes and the XPS 15 is the best choice we’ve had in years.

Dell says the XPS 15 is the smallest 15” laptop in the world. It has the same carbon fiber shell as the XPS 13 and starts at 3.9 pounds, which is lighter than almost anything else in its class. Both the XPS 13 and XPS 15 are now running the latest Intel Skylake processors along with generous amounts of memory and solid state hard drives. The XPS 15 adds Nvidia graphics processors. Battery life on the XPS 13 was already impressive and has been improved in the new version, so both the XPS 13 and XPS 15 claim to have really long battery life. (“15 hours!” “17 hours!” There are so many variables that those numbers don’t mean anything. The important thing is that batteries are improving more than you realized and this year’s laptops will get dramatically better battery life than laptops from two years ago.)

Like the XPS 13, the XPS 15 is available either with a 1920×1080 non-touchscreen or a high resolution 3840×2160 Gorilla Glass touchscreen. Windows 10 handles high-resolution screens far better than Windows 7 or 8, so the difference is not as important even for fading baby boomer eyes. The higher resolution screen adds a couple of hundred dollars to the price but I’d recommend it for the touchscreen.

Both models have a USB C port, the new USB standard that (finally!) accepts cables whichever way they’re plugged in, and also supports charging and super-fast transfer speeds. Dell’s ports also run a complementary Intel technology, Thunderbolt 3, which uses the same cable for even more speedy this and that. Really, the details don’t matter; just assume that lots of things about this year’s laptops will go very fast indeed. 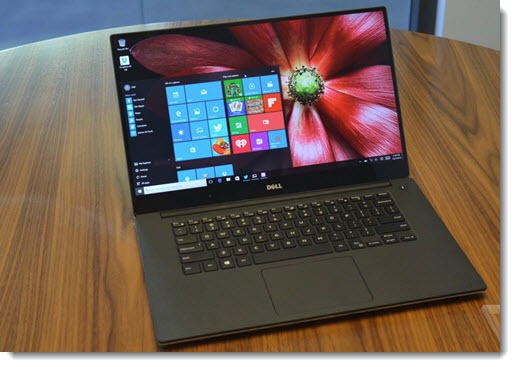 The prices are high but not shocking, especially when compared to the Surface Book or anything from Apple.

The XPS 13 starts at $999 for a model with pretty good specs (ignore the cheaper version with a Core i3 processor), and goes up to $1,299 for the high-resolution touchscreen.

The XPS 15 starts at $1,199; the model you probably want with a better SSD is $1,399, and the high-resolution touchscreen jumps the price to $1,749. Obviously that’s expensive but there is nothing else with a 15” screen that comes close to the quality and elegance of the XPS 15.

I’m not going to cover all the announcements but the manufacturers have begun the flood of Windows 10 laptops that will fill virtual store shelves this fall. Both Dell and HP have their own clones of the Surface tablet-with-detachable-keyboard (Dell XPS 12, HP Spectre X2). HP also announced the Spectre X360, a 13” laptop with premium features. As I promised, there will be announcements in the next three weeks from Asus, Acer, Toshiba and Lenovo. Although the manufacturers may not have anything quite as exciting as the Surface Book, Microsoft is getting credit for drawing attention back to PCs and creating a genuine sense of anticipation. It’s almost time to start shopping!