The Best Laptop You Can Buy: Lenovo Updates The Thinkpad X1 Carbon For 2016 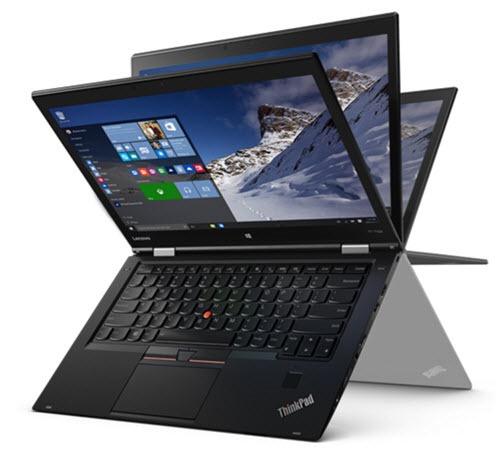 The huge electronics trade show CES is in progress in Las Vegas, with manufacturers showing off a dizzying array of new laptops and tablets for 2016, along with talking refrigerators and autonomous drones and a lot of useless gadgets that will never actually make it into production. The best announcement so far: at the show Lenovo announced this year’s update for the Thinkpad X1 Carbon, the single best business laptop on the market, plus an unexpected addition to the Thinkpad X1 lineup.

I’ve written frequently about the Thinkpad X1 Carbon, most recently here. Since its introduction in 2012, the Thinkpad X1 Carbon has been nearly perfect in every way. It has conservative business styling with an attractive black matte case; the famed Thinkpad keyboard, long considered the best laptop keyboard available; light weight and an impossibly thin profile; long battery life; a beautiful 14” screen that somehow fits into a 13” chassis; and fast performance with the latest Intel processors and a speedy solid state drive. Not everyone cares but I’m a big fan of the pointing stick in the middle of the keyboard as an alternative to the touchpad for cursor control, which has disappeared from almost everywhere except Thinkpad laptops. The Thinkpad X1 is a great laptop and it’s getting better in 2016.

In 2016, Lenovo is splitting the Thinkpad X1 into two products: the traditional X1 Carbon with some modest tweaking to make it even better; and the new X1 Yoga, which is virtually identical but features a hinge that allows it to fold back 180 degrees so it can be used as a kind of tablet, like other Lenovo Yoga devices. The Thinkpad X1 Carbon no longer has an option for a touchscreen; if you want a touchscreen (and you should), you’ll get the X1 Yoga.

The changes from last year’s X1 Carbon are modest but helpful. All models are built with Intel’s latest 6th-gen processors, which should improve battery life, along with an improved fingerprint reader, better screens, more memory (up to 16Gb), bigger solid state drives for more storage space (up to 1Tb), a host of ports, and a new option for connecting wirelessly to a docking station. Yet the X1 Carbon is slightly thinner and lighter than previous models. The fetish for thinness and light weight has gone way past any pretense that it is helping productivity, by the way. Apple does the same thing with the iPhone and iPad – devices are getting thinner and lighter because it’s really cool and it makes us want them, and that’s enough.

The X1 Yoga has two more things that make it notable. One is a stylus that is stored inside the case where it won’t be lost. You might not want a stylus, in which case it doesn’t matter that it’s there. Stylus users, though, have been having a frustrating time – Microsoft (Surface Pro / Surface Book) and Apple (iPad) have been steadily improving styluses for artists and designers but have not provided any good way to carry them around. Sound trivial? Try losing one. They’re $60-$100 accessories.

The other interesting new option for the X1 Yoga is a 14” 2560×1440 OLED screen. It will be the first of many high-end laptops offering an OLED screen instead of the traditional LCD technology. OLED screens are reportedly very impressive when they’re seen side by side with a conventional LCD screen – deep blacks and luscious colors. The OLED option won’t be available until later this spring and it may turn out to be a mixed blessing: it will add two hundred dollars to what is already an expensive laptop, and it may shorten battery life considerably. The Thinkpad screens are already excellent (with a matte finish instead of a high gloss finish, making them much more usable under bright lights or outdoors), so I’m not convinced that the OLED option will be compelling.

The X1 Carbon will start at $1,299 when it goes on sale in February. Lenovo is already taking orders for three configurations of the X1 Yoga on its website, starting at $1,439 and shooting up to $1,799 for a bigger this and faster that. There will be many more configurations as Lenovo ramps up production. Don’t be surprised if the one you want approaches two thousand dollars.

I’ve been waiting for the 2016 Thinkpad X1 and I couldn’t be more excited by the X1 Yoga. It will be my next laptop.

Also worth noting from the CES show: Dell announced the Latitude 13, a business version of the very successful XPS 13, more realistically priced at about $1,300 for the model you want. And Lenovo is not the only manufacturer trying to make laptops that are no thicker than a sheet of cardboard – the Samsung Notebook 9 and refreshed HP Spectre x360 will also be absurdly thin and light when they’re released. It’s going to be a good year for Windows laptops!