How Long Should You Keep Your Computer? 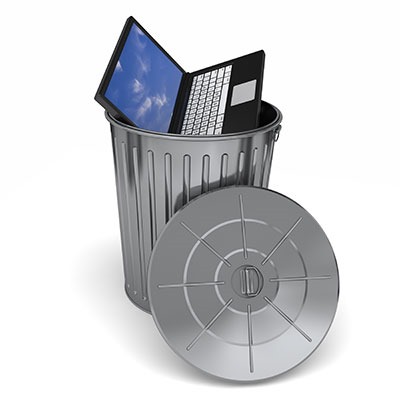 The PC industry just went  through the biggest drop in sales in its history. The single biggest reason for the long-term decline is the switch to phones and mobile devices for everyday computing. Microsoft’s free upgrade to Windows 10 contributed to the drop in sales in the last half of 2015 by giving older computers a secure way to stay in service as long as the hardware keeps working.

But there’s another reason for the decline in PC sales: we’re keeping our PCs longer.

The standard advice until recently was to plan to buy a new computer every three years. Things have changed. You can reasonably expect to keep a business workstation in service for five years. Laptops are harder to predict but replacing a laptop just because the hardware is inadequate won’t be necessary as often as it used to be.

There are no hard and fast rules but let me give you some guidelines.

The big picture is that Windows has stopped becoming more demanding. You don’t have to upgrade frequently to get enough power to run new versions of Windows. For fifteen years, every version of Windows – Windows 3.1, Windows 98, Windows XP, Windows Vista – needed new hardware and more power than the previous version. Windows 7 was the first version to change that trend, reflecting a lot of effort by Microsoft to make Windows more lean instead of constantly more bloated. Windows 10 does not require more processor power than Windows 7.

The last truly significant wave of improvements in processors began in late 2009 when Intel introduced the Core i3, i5 and i7 processors. There have been several generations of Core processors since then but any of the Core i5 and Core i7 processors are sufficient for most people to do routine work – web browsing, email, Office programs, and line-of-business programs. (Creative professionals and gamers are in a different world.)

That’s your first task, then, to evaluate an older computer: open up Control Panel / System (Windows 7/8) or Settings / System / About (Windows 10). If the processor is Core i3, any variation on Core 2, or anything with “Pentium” in the name, that computer is ready to be replaced. It’s got too small an engine to last for much longer. (You can still buy a new computer with a Core i3 processor. Don’t do that. It will be slow from the moment you get it out of the box.)

Even if you have a decent processor – an older Core i5 or Core i7, say – you still might want to replace a computer that’s more than four years old, especially a laptop. There have been just enough changes in hardware that you may feel hamstrung by an older computer. You may need a USB 3.0 port, for example, and be frustrated that it’s not there. Battery life on laptops has improved tremendously in the last few years, and the manufacturers have taken huge strides forward in the quest to make laptops thinner and lighter without any compromises.

More importantly, even if the hardware is technically sufficient, you likely will be complaining about the slowness of a 4-5 year old computer. Every version of Windows slows down as the years go by from the accumulation of years of updates, program installs and removals, adware and crud, the slow buildup of temporary files and debris, the flotsam and jetsam of years of everyday computing. The hardware may still be functional with no broken bits but the computer becomes unusable.

That’s why you may want to replace 4-5 year old computers now, but with the expectation that your next computer will last longer than previous ones.

The most important reason that your next computer will last longer: if you’re smart, you’ll get a solid state drive (SSD), which will deliver the most significant increase in performance that we’ve ever gotten from any single PC component. The computer will shrug off the effects of time for years longer than a computer with a conventional spinning hard drive.

A new computer will also have some of the other hardware improvements from the last few years that will extend its life. There is always something new on the horizon but I expect the Windows 8 and Windows 10 computers you’ve gotten in the last few years will last at least five years.

But what about those older Windows 7 computers that are slowing down? There are two things you can do to extend the life of an old computer.

•  Replace the spinning hard drive with an SSD. This is a tough one for non-technical people, and I can’t do it effectively at my hourly rate. Look for a local shop that has a good workbench. They might be able to do it for the cost of the drive (prices have plummeted on SSDs) plus a reasonable amount for labor. As with any surgery, there is a risk of complications but it makes a huge difference if the surgery is successful. (If you’re in Sonoma County, give Santa Rosa Computers a call.)

•  There’s a trick that cleans out the hard drive on an old computer and makes it run like new, but it’s not for the faint of heart. It starts with a backup of every conceivable bit of data that might be important to you. No mistakes. No regrets. Then (1) upgrade to Windows 10, and (2) use the Windows 10 feature to reset the PC and remove everything on the hard drive. You’ll be wiping out all programs, all data, all settings. Everything will be gone. What you’ll have is the computer running Windows 10 as if you just pulled it out of the box. It will be running as fast as it’s capable of running with no slowdown from all the crud. You’ll have to reinstall programs and restore your data, but you’d have to do that with a new computer, right?

•  If you have a 4-5 year old computer, there are some good reasons you might want to replace it. Not necessarily, though – even those may still have some life in them.

•  With a little luck, you’ll get five years of life or more from computers purchased more recently.

•  Laptops change more quickly. You might get longer life from them also, as long as they’re not damaged and nothing breaks, but improvements in battery life and ports are happening fast and you might wind up upgrading more quickly than a desktop PC.