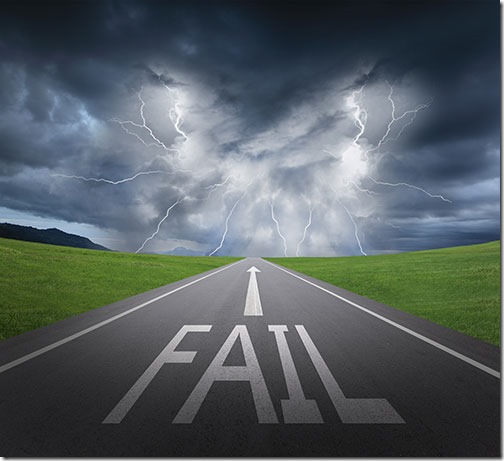 Microsoft provided an update today on the latest updates and the future of OneDrive For Business. The service has basically been in disarray since its rollout and improvements have been promised for more than a year – never actually arriving but always just around the corner.

Today’s announcement only highlights how far Microsoft has to go before OneDrive For Business deserves even a second look. It also reinforces a point that is not well understood (except to loyal Bruceb News readers): OneDrive For Business is not intended to be used as a place to store shared files for a business. It is built from the ground up for use by individuals. It is not intended to handle equal, shared access by groups of people. Box.com is the only service built for shared online files for business, deeply integrated with Windows, Office and other online services.

Microsoft has mucked things up so thoroughly that we can’t even talk about this without repeating some background.

The difference between OneDrive and OneDrive For Business

There is no way to make this less confusing. Trust me, I’ve tried.

•  Services tied to a Microsoft account, referred to as home, personal or consumer.

•  Services tied to an Office 365 account, referred to as work, business, corporate, and sometimes school.

Although the consumer version of OneDrive works smoothly, OneDrive For Business has long suffered from deep problems with the sync client that runs on your computer to store files online – it’s been buggy, with odd limits on the number of files that can be synced and missing pieces (examples: no selective sync, no syncing shared files). Microsoft has been promising to fix those problems and make OneDrive For Business as reliable as the consumer version of OneDrive. It’s been promising that for a long, long time.

OneDrive For Business is not for shared company files!

More than eighteen months ago I wrote an article explaining that OneDrive For Business is not intended to be used for shared company files. It’s not a secret but it wasn’t easy to find a clear explanation from Microsoft.

Today Microsoft wrote a clear explanation in a blog post about the roadmap for OneDrive For Business and Sharepoint Online. The article refers to “OneDrive” but it means “OneDrive For Business” because, I don’t know, they hate us? They’re engineers and it doesn’t occur to them that we’re trying to follow this stuff? Microsoft’s inability to come up with clear branding is a bloody disgrace.

See if this makes sense. It’s straight from Microsoft.

“In Office 365, we have two powerful places to store files: your OneDrive and SharePoint team sites.

“A file typically starts with an individual who creates it to drive a desired outcome (e.g., a sales proposal), and that person then needs to get others to contribute ideas, feedback and expertise to the file. . . . This is the role of OneDrive—your personal space to create, access and share with individuals. In a mobile-first, cloud-first world, OneDrive is your “My Documents” folder in the cloud.

“At some point, people may want to publish or distribute their files—make them available for a broader audience for viewing, feedback, discovery and reuse, as well as for applying workflow-like approvals. This is the role of a SharePoint team site, as it creates a place to put shared files, so your whole team or organization can discover content and collaborate effectively.”

Got it? OneDrive For Business is for files that belong to an individual. A “Sharepoint team site” is the place for shared files.

As a small business, you don’t have Sharepoint team sites. That means Microsoft does not have a solution for you to store your company files online.

Sharepoint is Microsoft’s platform for business collaboration. Most business Office 365 accounts include access to Sharepoint. If you’re not in a large company, don’t even think about it. It is complex in a way that beggars the imagination. Big companies hire teams of consultants who specialize in Sharepoint to set it up, at great expense. It requires teams of onsite IT employees to keep it running. Employees get extensive Sharepoint training and most of them still can’t figure it out.

Microsoft’s recent reports make it clear that the end is not in sight and most issues have not been addressed yet. Oh, they’ve made “important advances with rock-solid reliable sync,” which is good since that is the lowest possible bar for a file syncing service. Today’s article mostly describes the plan to connect the sync client to Sharepoint, which is not relevant to small businesses – oh, and scheduled for a “Pre-Release program in the third quarter of 2016.” Tomorrow! It will be better tomorrow!

Another article in April specifically described the state of the OneDrive For Business sync client – the program that runs on your computer. In December Microsoft released a beta of the new sync client, which it called “Next Generation Sync Client.” Catchy! In keeping with Microsoft’s need to rename things constantly, it is changing the name. “In December 2015, we released the first version of the Next Generation Sync Client, which we now refer to as the new OneDrive sync client.” Which is not for OneDrive, it’s for OneDrive For Business, a different service. It’s possible that Microsoft employs demons charged with sowing confusion and has given them control of branding.

The new sync client is not in general release. It’s “available.” Until last month, it literally could not be installed without editing the registry to make it work. (Seriously.) Microsoft claims the new sync client works more reliably and faster. I can’t confirm that. The only recent stories I see online are part of a long tradition of complaints and horror stories about OneDrive For Business. Random example: “What the *BLEEP* is with the OneDrive For Business Sync Client?” Microsoft has had to write a tech support document just to help you figure out which OneDrive sync clients are running on  your computer. (That one is so convoluted it’s almost humorous.) The Next Generation new sync client is still missing many of the features promised a year ago.

Honestly, I thought Microsoft would be further along by this time. OneDrive For Business is not ready yet. I have no confidence that it ever will be ready for small businesses. I expect to be very successful helping companies migrate their files to Box.com. Maybe Microsoft will make everything right – tomorrow.