Office 365 And The Sharing Problem 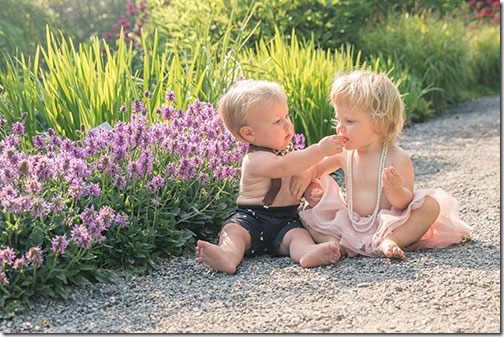 The Exchange mailboxes run by Office 365 are now standard in businesses of all sizes. They are supported on every device imaginable, from Windows and Mac computers to the native mail/contact/calendar apps on iOS and Android. Office 365 is one of the most commonly deployed applications among businesses. It has surpassed Google Apps and it’s growing fast.

And yet there’s a hole. Worse, the hole is in the support for mobile devices – you know, the ones that are rapidly displacing computers and becoming the primary devices for billions of people.

One of the important features of an Exchange mail system like Office 365 is the ability to share a calendar and contacts. Maybe you want to share your calendar with colleagues, or set up a company contact list. Office 365 offers several ways to set up shared calendars and shared contacts.

You can’t see Office 365 shared calendars or shared contacts on your phone. Although I’m going to talk about a couple of workarounds, you should start with the strange but true reality: the system isn’t built for it and there’s no good way to do it.

Not on phones, though. It’s kind of embarrassing.

Really, I wish there was more to it. The workarounds aren’t very pretty.

Most people use the built-in calendar app on their phones. It can’t display shared calendars.

Some people use the Outlook app from Microsoft on their phones. It’s quite nice on iPhones. It can’t display shared calendars. 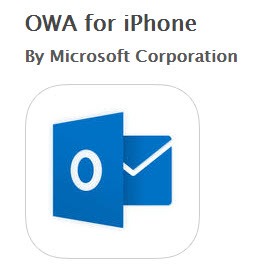 Microsoft offers another iOS and Android app named “OWA.” It stands for “Outlook Web Access,” which was the name for Office 365 webmail until Microsoft changed it because they hate us. Now OWA doesn’t stand for anything. It stands for “we can’t be bothered to rename this app because it’s going to be discontinued soon.” I don’t even know what they call Office 365 webmail today. Why look it up? By the time I find out today’s name, they’ll change it again. Okay, let’s look it up. “Outlook on the web.” Really? “Outlook on the web”? Seriously, this is the Wikipedia entry: “Outlook on the web (previously called Exchange Web Connect, Outlook Web Access, and Outlook Web App in Office 365 . . .)” What is wrong with Microsoft?

Microsoft offers another iOS and Android app named “OWA.” (Search for OWA in the app store.) It’s just another app that connects to your Office 365 mailbox, but it does one extra trick: when you’re in the calendar view and click on the menu button in the upper left, the app shows all the calendars that are shared with you. You can select any or all and have them displayed with color coded entries. 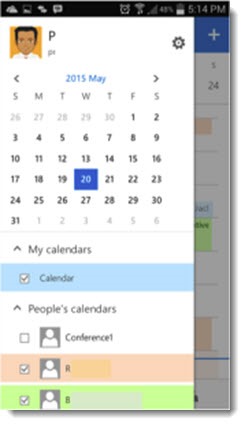 I wouldn’t get too attached to this workaround. Microsoft hasn’t updated the iPhone version of OWA since December. The Android version last got some bug fixes in February. It’s not a very good app, and it’s redundant now that Microsoft has its separate, and far better, Outlook app. This is destined to be dropped any time. But for now, it’s a way to view shared calendars.

For reasons that aren’t clear, you can’t view shared contacts in the OWA app. You’d think you could, wouldn’t you? 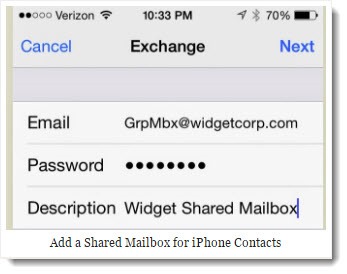 There’s another workaround. You can set up a shared mailbox and let everyone access it on their phones in addition to their primary Office 365 mailbox.

That raises a vocabulary problem. The term “shared mailbox” is a term of art in Office 365. It’s possible to set up a “shared mailbox” for free that doesn’t have its own login credentials. Instead, it can be opened by anyone with permission in Outlook or webmail. But that kind of “shared mailbox” can’t be seen on mobile devices.

Instead, a company would set up a licensed $5/month mailbox just like a mailbox for an employee, with its own email address to log in and its own password. Then everyone who needed it would be given the login credentials and could add it to their phones. It would appear on the phone as if the employee had an extra account. 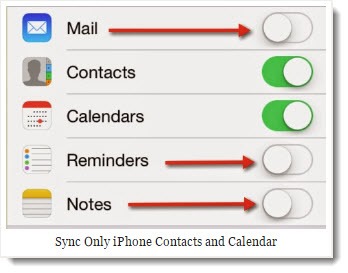 If the mailbox is only being used for a company calendar and company address book, then the employee should probably turn off sync for mail, reminders and notes on the phone, as in the above screen shot.

Employees would have to learn how to switch from one calendar to another, and how to add an appointment and have it appear on the correct calendar – their own, or the shared company calendar. I see you smirking out there, all you phone jockeys. Aren’t we the smug ones? Trust me, that does not come easily to many people.

Frankly it would probably be a good idea for IT to set this up on employee phones to get the settings right. There’s a security reason for that, too, so employees don’t know the password on the shared account. And that’s the real downside: this only works for very small businesses. It doesn’t scale nicely. If two or three dozen people are accessing a mailbox, Exchange starts to slow down or throw up errors, and the chances go up that some employee will make a mistake and delete all the appointments in July or something.

Here’s an article with more details and screenshots. I have clients who are using this method to set up a shared company calendar and address book. It’s clumsy but it works for very small businesses.

It’s not a great answer, though, for a feature that ought to be built in and used as simply as checking a box. Microsoft has made tremendous progress in offering its services and apps on iOS and Android but it continues to have strange holes in its mobile strategy.