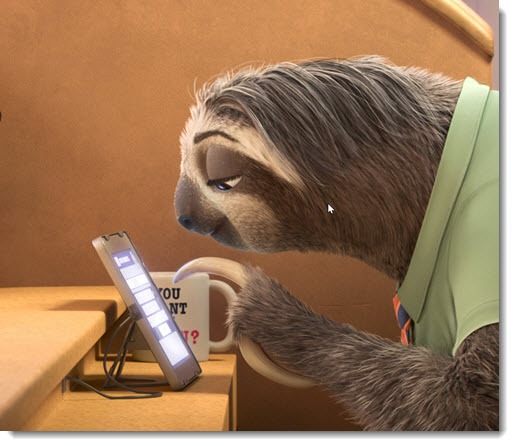 This bug only affects a small number of people, but it’s an interesting one because it’s been a problem for almost a year and there’s still no clear understanding of what’s going on.

On some computers, double-clicking to open a .XLSX spreadsheet file is followed by a 30-60 second delay before the Excel logo appears and the spreadsheet loads normally.

There are some strange things about what happens.

•  This only affects Excel. All other programs (including Word) are completely normal.

•  During the 30-60 second delay, nothing is happening. I mean, nothing. People have sniffed with Process Explorer and Task Manager and looked at memory use and there is zero indication that anything is proceeding under the hood. Thirty seconds later, out of nowhere, Excel starts up.

There is very little pattern to when this problem occurs, as far as I can tell from Googling around. It has happened to me on my desktop and on several laptops; on computers upgraded from Windows 7/8 and computers with clean installs of Windows 10; on computers with Office 2013 and Office 2016. I replaced my desktop computer in part to get a fresh start on this problem; it turned up almost immediately and has never left. Yet I have only rarely heard about it from clients, and there are only scattered reports online.

In the forums where people have discussed this problem (for example here, here, and here), there have been various theories that have been floated and discarded. At first I thought it only happened when I was clicking on files stored on a network shared folder instead of my local hard drive, as suggested in a few forum posts. I actually moved all my files from a Synology NAS to my computer as part of troubleshooting a few months ago and was disappointed to discover it didn’t make any difference.

Running into it consistently on my own computers made me suspect an add-in or third-party program that was interfering somehow but there doesn’t seem to be any common thread between the programs I run and the ones running on all the computers of other people with the same symptoms.

There are a number of troubleshooting tips that apparently work for some people. If this is a problem for you, it won’t hurt to try them.

•  Do a quick repair of the Office programs (Control Panel / Installed Programs / Change).

•  If you use a third-party antivirus program, disable it and do some testing. (I use Windows Defender, built into Windows 10 by Microsoft.)

•  Check add-ins that run with Excel (File / Options / Add-ins) to see if anything looks dicey.

•  Experiment with the options in Excel to “disable hardware graphics acceleration”, and “ignore other applications that use Dynamic Data Exchange.” They don’t seem to make a difference for most people with this problem but you never know.

People have tried creating new user profiles. One person thought the problem reappeared after running Edge for the first time, as if the web browser had somehow affected Excel.

There’s only one solution that has consistently worked for some people. Rod Trent wrote an article about it over at Windows Supersite after it fixed the problem for him. It has helped many people in the forums. It’s simple and it makes no sense at all.

You may be able to fix the slow Excel problem by turning off Cortana.

Cortana is the built-in search assistant in Windows 10. There’s an option to summon Cortana by saying “Hey Cortana” out loud, like Siri and Google Now. Turning off “Hey Cortana” and restarting the computer cures the Excel bug for some people. 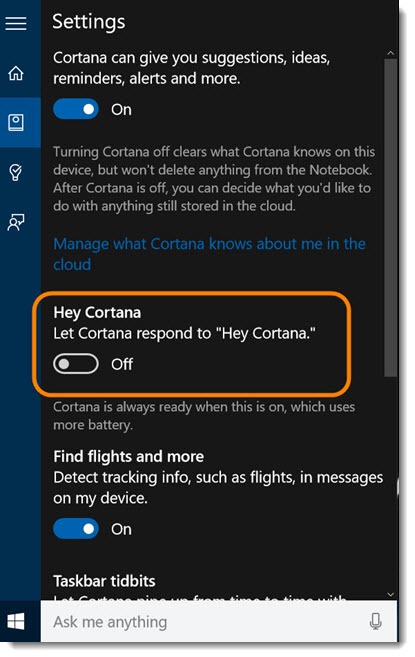 Others report that their problem is fixed if they turn off all the Cortana options – open Cortana and go to Settings and flip all the sliders to Off.

As it happens, the Cortana fix has never worked for me. I’ve experimented with all the other possible fixes in the last year and nothing has made any difference. It doesn’t happen all the time but that’s part of the mystery, because I have no idea when I’ll have an unexpected delay while a client waits on the phone for me to open up their records. It’s maddening.

This has been a problem ever since Windows 10 was released and it continues on my computer today. I’ve given up hope of a fix. Instead I’ve had to develop the habit of starting Excel before I try to open a spreadsheet. That’s not a terrible workaround but I still run into this bug nearly every day when I forget.

The Office programs are solid and stable and polished, the product of more than twenty years of steady development. It is just odd to have a bug that leaves people fuming every day with no response from Microsoft, and no fix except turning off one of Windows 10’s flagship features.

These are odd times in our Windows technology world.