Prisma Turns Your Photos Into Works Of Art 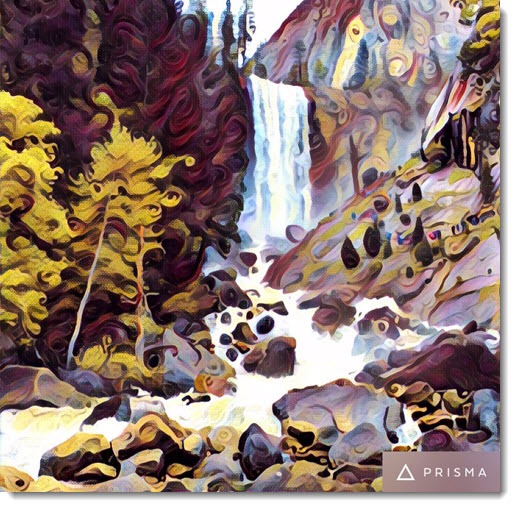 Prisma is a free app for iOS and Android that turns your photos into works of art in seconds. In a way it’s similar to the filters that have been around for Instagram and Snapchat for years, but these are the best filters you’ve ever seen.

Look at a few samples, then I’ll tell you some of the details down below.

Here’s a snapshot of Vernal Falls that I took with my iPhone 6P a few months ago. 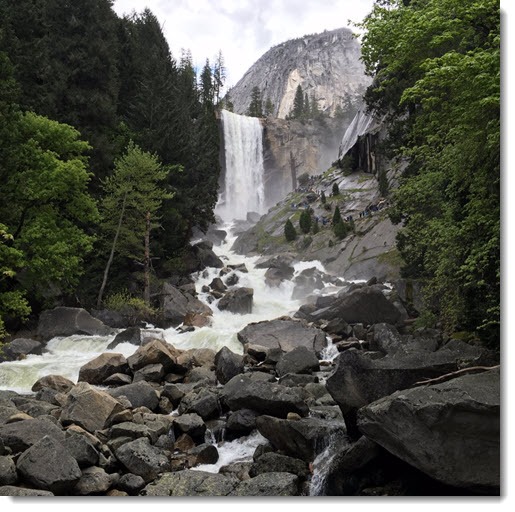 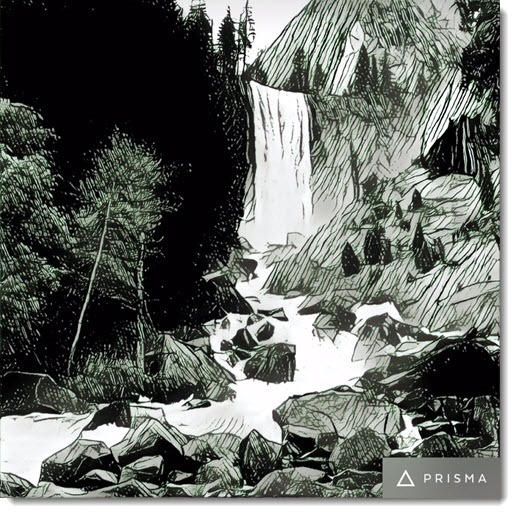 Another example: here’s a photo I took of two intrepid hikers in Alta, Utah last weekend. 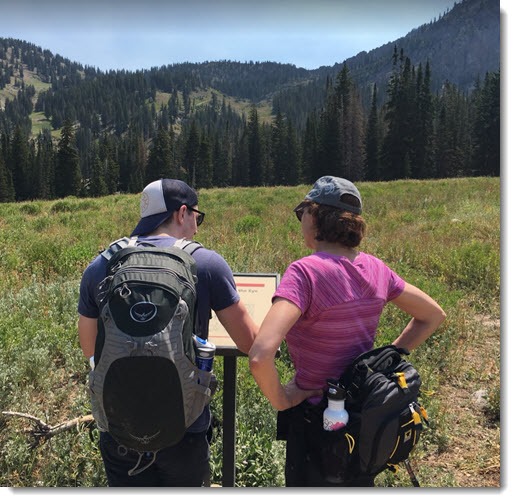 Here are two versions of that photo transformed by Prisma with a couple of clicks. 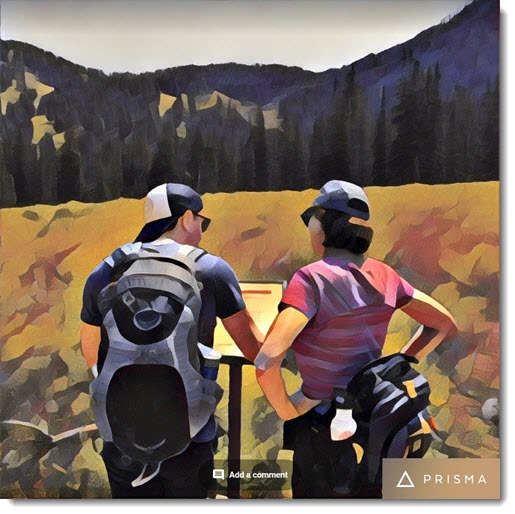 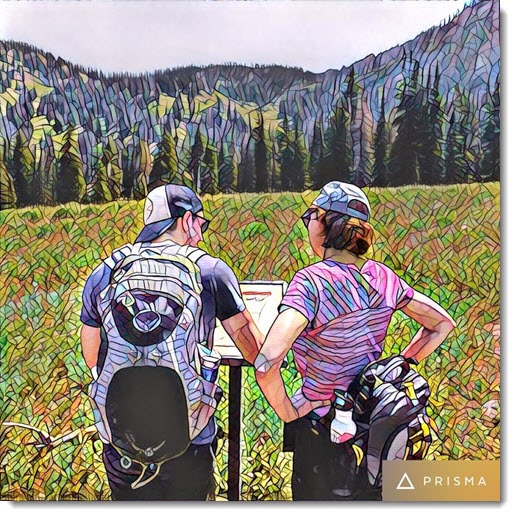 If you want to see more effects, click here for 15-20 different versions of the Vernal Falls and Alta pictures.

Prisma was released in June for iPhones and quickly shot to the top of the charts in the Apple store, apparently driven by the hive-mind that allows everyone under 40 to learn about the latest hip thing instantly. The Android version was released in July. The Russian developers have so far kept it completely free – even the watermark (seen in the above samples) can be turned off with a simple switch in the settings.

The app is doing more interesting things than the simple Instagram filters that most people are familiar with. Descriptions of the app throw around terms like “neural networks” and “deep learning” and “artificial intelligence,” which seem to be the hot buzzwords of 2016 to describe anything that requires computers to do something hard. in its original release, each photo was being uploaded to Prisma cloud servers where all the work was done. According to the developers, the servers create an entirely new picture and only refer to the original for guidance. The new picture is then downloaded to your phone. The whole process takes 5-10 seconds. This week an update to the iOS Prisma app allows pictures to be processed offline for the first time for at least some of the filters, relieving the load on Prisma’s stressed servers. The Android app will get the same update for offline editing soon.

Fortunately the app is incredibly easy to use. You can take a picture from the app or choose a picture from the photos on your phone. Crop the picture (which will wind up square, presumably to suit Instagram), then tap possible filters along the bottom. When you’ve chosen an effect that you like, another click shares it to Facebook or Instagram, or saves it to the phone’s photo gallery.

There are more than thirty filters so far, and the developers claim to be adding more each week. The app does a bit of analysis to order the filters and put better suggestions at the beginning. Some filters work better with faces, others work better on landscapes. Each filter emulates a distinctive art style – some generic (abstract portrait, paper art, manga, pen, pencil), some modeling a particular artist (Picasso, Roy Lichtenstein, Mondrian, Van Gogh).

The developers are also working on a version that will do similar processing for videos.

Maybe this is old news for some of you. Prisma pictures have been flooding the social networks for the last few weeks. But if you haven’t tried it yet, install it on your phone and play with a few of your pictures. It might be a novelty, but it’s a great novelty. 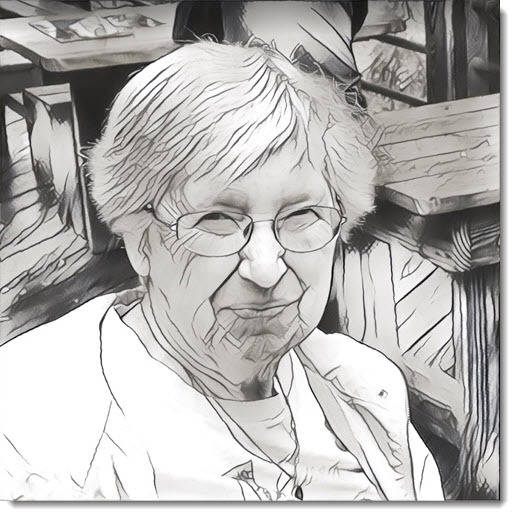