Don’t Answer The Phone! And Other Advice About Robocalls 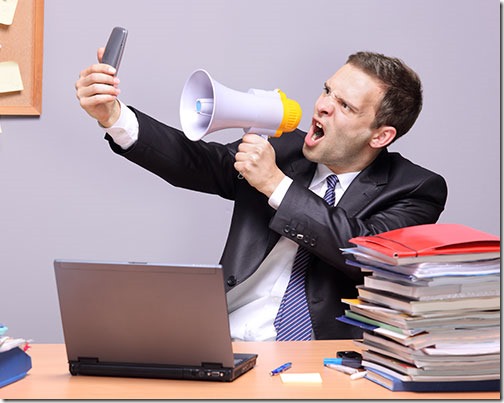 It’s not your imagination: robocalls are on the increase. The volume of robocalls has risen sharply in 2016. Complaints are up. The government and big companies are taking new steps to try to rein in the scammers and perhaps tame the “legitimate” telemarketers. It may be a losing battle, because the scammers and nuisance telemarketers are leveraging new technology and taking advantage of decreasing costs of doing business. All the incentives are in their favor.

There are three rules for dealing with the steadily increasing flood of robocalls.

1)   Don’t answer the phone. If you don’t recognize the caller or the phone number, don’t pick up.

2)   If you answer the phone and there’s a pause of half a second or so, hang up. The call is almost certainly from a scammer or telemarketer; the pause happens as the automated dialer hands off the call to a person in a cubicle.

3)   If you answer the phone and it turns out to be a scammer or telemarketer, hang up. Don’t say another word. Don’t engage them. Don’t tell them they should be ashamed. Don’t explain why you’re hanging up. Don’t teach them a lesson by putting them on hold so their time is wasted. Don’t yell at them through a megaphone to hurt their ears. Don’t say any unnecessary words. Just hang up. You won’t hurt their feelings. They’re not judging you.

There are reports that there were almost three times as many robocalls in July as there were a year earlier, and the volume increased another 10% in August – 2.64 billion robocalls in August in the US alone, about a thousand per second. Many of them are familiar scams. In case you need a refresher:

•  Microsoft does not call to fix your computer.

•  The IRS does not call to collect taxes.

•  Banks do not call to lower your interest rate.

•  You did not win a free cruise or a free vacation at Disney World.

There are recordings of a few robocalls in the sidebar of this Wall Street Journal article – well worth a listen so you get a sense of what the scammers sound like.

Robocallers can make your caller ID display anything. Recently they’ve become fond of using numbers in your local area code so you’ll have some misgivings about not picking up – what if it’s your child’s school or your doctor or something important? It’s not. The phone number that’s displayed is meaningless and of course they’re not going to give you any information that would allow you to trace them.

Technology has made it easier and cheaper for the robocallers to run their operations. Instead of conventional phone lines, the scammers use VOIP systems and place the calls over data lines at wholesale rates. It costs almost nothing for the calls, as little as a fraction of a cent per minute, according to this article. The majority of the call centers are in India and the Philippines, countries with low labor costs and overstretched police forces. It’s easy to understand why the operations are profitable: inexpensive technology, cheap calls, and workers in the call centers who take home an average of $300 per month. If a call center employee hooks just one person a month for phony “Microsoft tech support” for $350, the operation is profitable.

Early this year the IRS said it knew of more than 5,000 victims of IRS phone scammers who had lost over $26.5 million – and those were just the ones they knew about, for only one of many scams. And last month the IRS issued a new bulletin repeating its warnings because the volume of tax scam calls has sharply increased.

Now you’re in a position to answer Frequently Asked Questions about robocalls.

Why do the scammers do it?

Don’t they have any decency?

Why don’t they do something productive?

The scams are more profitable.

Who falls for it?

Enough people to make it profitable.

Complaints about robocallers are the number one complaint received by the Federal Communications Commission, currently running more than 200,000 per year and rising. The FCC puts out consumer tips like these about robocalling. The basic message from the FCC: “Hang up immediately and do not give any personal information.  Do not even say “stop calling” or press a button they offer you to stop calls; these can be used by callers to identify active phone numbers (and thus targets).”

There are going to be attempts to use technology to fight back. FCC Chairman Tom Wheeler has mobilized technology companies (including Apple, Google, and Microsoft), cell and landline providers (including Verizon, Comcast, Sprint, and T-Mobile), and phone manufacturers “to accelerate the development and deployment of technical standards that would prevent spoofing of caller ID and thus make blocking technologies more effective, as was done in the battle against spam years ago.” Last month, the “Robocall Strike Force” had its first meeting. The robocallers are now easily able to circumvent the aging Do Not Call list, but the hope is that new technology may make it easier to identify and block spoofed phone numbers and perhaps require carriers to offer or implement call-blocking services.

It has to be comforting to know that Congress is also taking strong action. Top Democrats on the House Energy and Commerce Committee pushed Republicans earlier this month to call a hearing on the outdated law governing robocalls, and a hearing will be held today, September 22. I’m sure there will be bipartisan cooperation on legislative remedies. Then we’ll be able to turn our attention back to the flying unicorns that will have suddenly appeared at the same time.

There is nothing to be gained by trolling the scammers by pretending to be dumb, hard of hearing, or tech-illiterate. Tech-savvy IT folks sometimes allow Microsoft tech support scammers to have access to virtual machines filled with viruses, for the fun of watching the scammers struggle. You can find thousands of examples on YouTube and Reddit of people toying with scammers to teach them a lesson.

But the scammers will learn nothing, and there’s an example in this article of how that can go wrong. A Canadian photographer on the line with a scammer played along, acting stupid and cooperative, then told the scammer that he thought the scammer was a thief and a bad person. The scammer was furious – and started making threats about turning over information about the photographer to people in Canada who would come to his house and kill him.

It wasn’t a real threat. It was like the online threats on Facebook, Reddit or Twitter – almost certainly not going to be carried out. And yet, as many, many women have learned, online threats cause very real emotional distress and feelings of powerlessness and depression.

Don’t answer the phone. If you answer, hang up when you know it’s a robocall. We’re going to be under siege for quite a while.