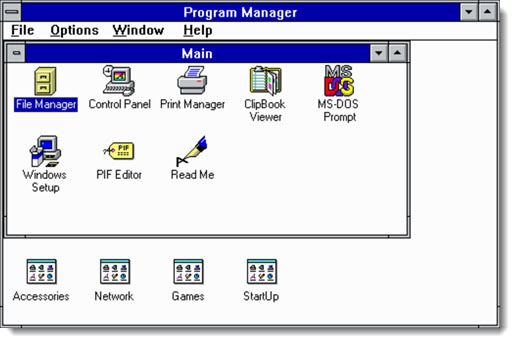 Computers ran MS-DOS 5.0 in 1992. Windows 3.1 was a separate program that ran on MS-DOS by typing WIN at a command line. There was no taskbar or Start button. Real work was still done in DOS based programs like WordPerfect and Lotus 123. The Internet was nowhere in sight.

I was on my fourth or fifth computer when Windows 3.1 came out. Early in the 80s I reluctantly switched to MS-DOS after a happy couple of years running CP/M on my trusty Kaypro II, a 30 pound behemoth the size of a suitcase, with two 5 1/4 inch 191K floppy drives and 64K of RAM (and no hard drive). The 80s were a turbulent time, the wild west of computing, with nonstop changes in processors and an infinite number of things to fiddle with for memory management, peripherals, and the very first appearance of color graphics on 640×200 displays.

Windows 3.1 was a true revolution. It introduced desktop concepts that we still use today – the first appearance of the registry, uniform open/save dialog boxes, the original Task Manager (called “Task List”), and drag-and-drop file copying. Flying toaster screen savers were actually functional ways to protect the screen from burn-in. There were popular alternate shells like Norton Desktop that enhanced Microsoft’s Program Manager and File Manager.

Computers were expensive in 1992, anywhere from $1,500 to $4,000 dollars. Dell was selling computers to businesses but Gateway 2000 and Zeos were the popular computer manufacturers for anyone on a budget. In 1992 I got a Gateway tower with a 486SX processor, the mysterious less expensive version of the Intel 486DX processor that had its floating point unit disabled. No one knew what that meant but it didn’t matter because Intel introduced the first Pentium processor in 1993, instantly making 486 computers obsolete. There was a lot of that sort of thing in the 80s and 90s. 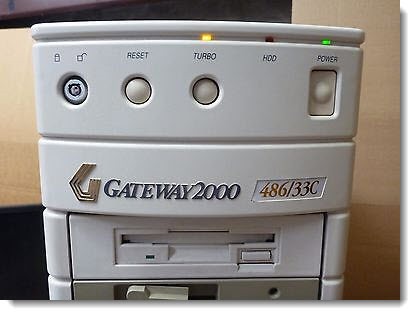 Hard drive sizes were increasing fast – 80Mb was typical in 1992, which seemed vast at the time. The best graphics were 1024×768, bringing games to a whole new level. Improvements in computer hardware also set the stage for Doom to be released in 1993, a landmark moment for everyone with a computer – although it’s telling that Doom was a DOS-based game, not a Windows game. I can vividly remember the bong-bong sound of a modem connecting for me to download the free shareware episode of Doom when it was released, the beginning of an infatuation with first-person shooters that continues to this day – hindered a bit by my complete ineptitude and lack of reflexes, but that never got in the way of my enthusiasm.

Windows 3.1 brought the first real support for audio that was more than beeps and boops, leading to more happy hours configuring sound cards and IRQs and moving jumpers from place to place. No such thing as USB or plug and play technology in 1992!

Everything had to be configured manually. There were memory managers to assist with extended and expanded memory so programs could load without conflicting with each other or crashing the machine. Stacker was a third party program that compressed files and doubled the valuable hard drive space. 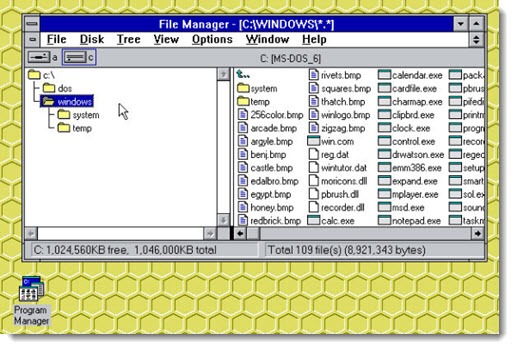 It was an exciting time. When Windows 3.1 came out, I had already been the tech guy down the hall for ten years. Every business had a tech guy down the hall. He was the one you went to when your printer didn’t work or a program crashed. Windows 3.1 raised the profile of personal computers and many businesses took their first steps to putting a computer on every desk. Windows 95 appeared three years later, causing the pace to accelerate again and helping me decide to devote myself full-time to helping businesses use computers successfully. Windows 3.1 wasn’t the beginning but it was a giant step forward. Many nostalgic memories – makes me a little sniffly, to be honest. Happy birthday, Windows 3.1!