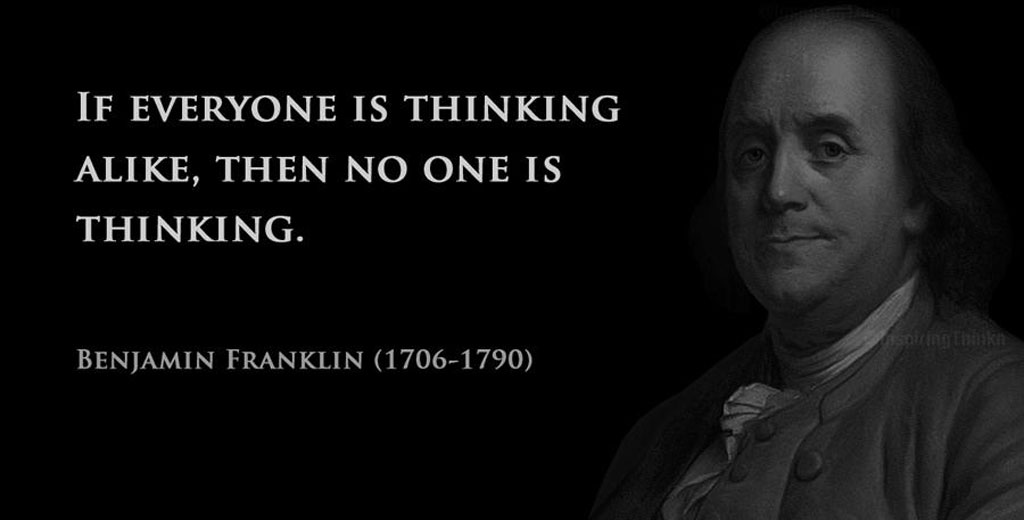 In the 1990s we built a global communications network. The Internet revolutionized retailing and entertainment, changed how we get news, transformed our social lives, blah blah blah, you know all that, pizza delivery will never be the same, got it.

There’s another consequence of the global network that’s been going on for a while – you’ve seen it, you just haven’t had a name for it. Internet mobs are not yet widely recognized but they are rapidly becoming one of the defining stories of our society. There is a lot of conversation today about regulations for, say, the financial industry or giant tech platforms, but those are whack-a-mole games chasing after the most recent mob action. The new regulations won’t help us be prepared for the next uprising in a completely different place.

A few weeks ago GameStop stock prices began a wild roller coaster ride, bouncing from $4 to, I don’t know, $4,000 or something, back down to $40, up and down every few minutes with no rhyme or reason and in particular with no connection to anything about the fundamentals of the business, the thing that traditionalists think the stock market ought to measure. Quickly it became clear that the spree had been started by subscribers to a Reddit group who thought it would be fun to manipulate the price of a company (any company, really) to make life difficult for professional investors and maybe make some money for themselves, maybe not. The point of it for many of the participants was that the chaos they caused was hilarious, even if they personally lost money.

The GameStop episode has started a frenzy of Congressional hearings and regulatory proposals to make trades more difficult for non-professional investors even though, umm, that’s not fair? It’s hard to decide what needs to be done because of course the market should be available to non-professionals and the GameStop players on RobinHood weren’t colluding or trading inside information in any obvious way. And yet something about this doesn’t seem right to the Wall Street People In Expensive Suits. If the market is such a game that new game-players can muck it up in spectacular fashion, that’s wrong – why?

The navel gazing about the stock market is important and it’s perhaps a good thing that the Expensive Suit people will be thinking it through, but it misses the point a bit because there will be another episode where people break the rules of a system that seems to be controlled – not the stock market, something else next time. And you know what? To the group that does it, it will be hilarious.

Sometimes it really is funny! In 2016 a British research council decided that an online poll would decide the name of its new polar scientific ship. The word spread online and Boaty McBoatface was the overwhelming choice of a mob of people who had a free moment and wanted the fun of messing with a serious system. It’s the same reason that a humpback whale tracked in the South Pacific Ocean is named Mister Splashy Pants.

But it’s not just for the lulz. People are emboldened on social media. Even if they’re not completely anonymous, when people join an Internet mob they stop thinking about their personal accountability for their actions, feeling there will be few or no consequences. Frequently there is no empathy for the target, whether it’s a stock market short seller or a female gamer. And social platforms thrive on  endorphin-driven responses to Facebook likes and emojis, or to the encouraging comments on Reddit from others praising your diamond hands.

Whirlwinds form out of nowhere. A young woman made a joke on Twitter to 170 followers about not getting AIDS because she was white, then got on a long plane flight. The joke was either racist or making fun of racism, hard to say, but a Twitter mob formed spontaneously to goad themselves into being outraged. By the time she landed, her name was trending worldwide and she’d been fired from her job.

Internet mobs may react to genuinely awful behavior caught on video, like the film of Amy Cooper making a false police report that an African American man was threatening her life in Central Park. Too many times, though, the mob actions are indefensible – harassment over a misunderstanding or an out-of-context video or misogyny or racism. You may think you’re strong but none of us have good defenses against being attacked and ridiculed online by people you’ve never met. It’s devastating and traumatic. People’s lives are destroyed by cyberbullying. In the worst case it can lead to serious emotional breakdowns or even suicide.

Like other Internet mobs, the swarm of Trump supporters that rioted at the US Capitol had come together with a variety of motivations. Some were white supremacists, some were QAnon believers, some were sincere Trump supporters, some were there for the fun of being in a chaotic situation. There was no single online forum that created the insurrection but much of the communication happened online in the days before the event. In that case the Internet mob coalesced and turned into a very real mob, a modern version of villagers spurred into marching on the castle with pitchforks and torches, chanting for lawmakers’ deaths.

Human society was built originally on one-to-one interactions. Printing encouraged one-to-many communication – authors could reach far more people than they could speak to individually. Television and the early days of the Internet expanded the reach of one-to-many communication, allowing a single person or company to broadcast something globally.

Now social media is making many-to-many interactions more important. In a fascinating article about Bitcoin (which is itself a type of Internet mob phenomenon), Vitalik Buterin writes: “The environment is much more chaotic, and difficult to model with clean and simple equations. Many-to-many interactions particularly follow strange rules that we still do not understand well. The environment is dense, and different categories of powerful actors are forced to live quite closely side by side with each other.”

Casey Newton thought about how the chaos of many-to-many interactions affects the world around us and put it this way:

When I see an online mob these days, this is increasingly how I’m thinking of it: as the result of these wild and unpredictable many-to-many interactions, where powerful new tribes emerge rapidly and begin exerting powerful forces on the world. Sometimes these forces are good, as with last year’s protests for racial justice. Sometimes they are (mostly) funny, as with GameStop’s stock price. And sometimes, as with the insurrection, they are chilling.

Platforms like Facebook and Reddit may facilitate and accelerate Internet mobs, but they don’t create them. The arguments about regulating social media may make the world a better place (or more likely will consolidate the power of the huge companies and prevent competitors from entering the field), but they will not prevent future Internet mobs – close one channel and the mob will wiggle around and find another way to come together.

Our attempts to predict human behavior have tended to be shaped by economics, the study of how resources are allocated. We instinctively believe that people will make choices to promote their economic self-interest. Internet mobs are demonstrating that the focus on economic motivations is incomplete. As Buterin puts it:

One of the key intellectual undercurrents of the 2000s era was the recognition of the importance of non-monetary motivations. People are motivated not just by earning as much money as possible in the work and extracting enjoyment from their money in their family lives; even at work we are motivated by social status, honor, altruism, reciprocity, a feeling of contribution, different social conceptions of what is good and valuable, and much more.

The Internet also does not work like our traditional concept of “democracy,” where citizens are trusted with making virtuous choices to promote public welfare. All too often the choices are made to mess with the system.

And that makes me think that we have just lived through the consequences of the most significant and damaging Internet mob of them all: the four years of the Trump presidency. Let’s give the last word to New York Times op ed columnist Jennifer Finney Boylan:

To get Boaty McBoatfaced means that you’ve made the critical mistake of letting the internet decide things. In other words, as much as we revere democracy, there are times — and they do typically involve the internet — when one’s fellow citizens deliberately make their choices not in order to foster the greatest societal good, but, instead, to mess with you.

Because they want to send a message. Because they think it might be kind of funny. And above all, you know: because they can.

In 2016, when America asked its citizens to take seriously the business of choosing a president — that was the darkest McBoatface of all.

There are a lot of reasons people chose Mr. Trump in 2016. Some voters just loathed Hillary Clinton. Others genuinely yearned for the traditional Republican agenda: cutting taxes, appointing conservative judges. But surely there was another group who chose Mr. Trump for the lulz. Because a system that had given them choices they despised was a system that deserved to be trolled.

It’s enough to give disruption a bad name.