The Covid Vaccines Started With A Teddy Bear Stuffed With Money 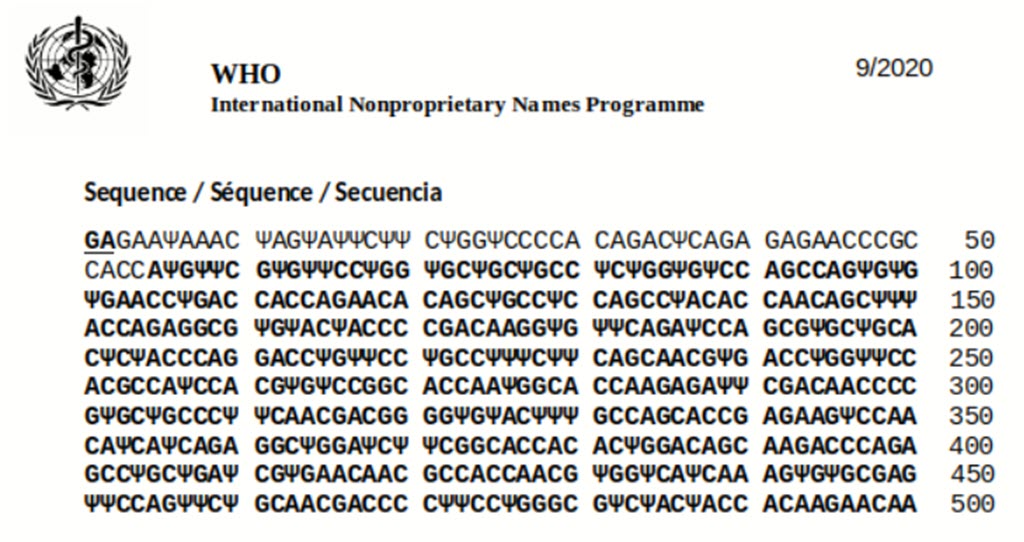 On January 10, 2020, Chinese scientists posted online the genetic sequence of a then-unidentified virus isolated from 41 hospitalized patients in Wuhan.

Two days later a team of scientists at Moderna had programmed the RNA sequences that became the Moderna Covid-19 vaccine targeted at that virus.

Forty days after that, Moderna shipped the first box of vials to begin tests of the new vaccine.

A team at BioNTech used the same techniques to program their own vaccine just a day or two after the Moderna scientists. BioNTech partnered with Pfizer and started testing what we know today as the “Pfizer vaccine” nearly as quickly as Moderna.

Nothing like that had ever been done before. The fastest vaccine ever developed – the mumps vaccine – took four years. The method used by Moderna and BioNTech is completely different than anything done before to develop a vaccine, more like programming on a computer. The companies were in the perfect position to move quickly; although no products were on the market, both companies had spent years researching methods of coding messenger RNA – mRNA – to treat flu and other infectious diseases.

And a big part of the credit for this miraculous triumph belongs to a single person, Katalin Karikó, who arrived in this country in 1985 with nothing except a teddy bear stuffed with money and a belief in the potential benefits of mRNA – a conviction that no one shared.

Like all new technology, the science behind the vaccines was built on years of painstaking work by many researchers, but to most of us it feels like it comes out of nowhere. Feel the ground shaking? In hindsight we will understand that this is an inflection point for perhaps the most significant technological advance in our lifetimes – at least as important as the digital revolution that brought us microprocessors and computers and the Internet.

In the 1950s mathematicians showed that all information could be encoded into 1s and 0s. Forty years later, our world has been rebuilt on digital technology – a worldwide communications network, computers on every desk and eventually in every pocket, and so many careers based on programming and digital coding.

At about the same time in the 1950s Watson and Crick discovered that the four-letter sequences of DNA could be used to build every cell in every form of life. Finally, sixty years later, there are widespread and affordable tools to power a life-sciences revolution, an information age based on genetic coding. Careers will be built on gene-editing with Crispr and on programming messenger RNA, the technique used to create the Covid vaccines.

mRNA molecules instruct human cells to produce certain proteins. The scientists programming mRNA in a lab are giving instructions to the body to fight targeted diseases. For now, I want you to assume that it works by magic. I’m not going to try to describe the magical things more than what I just said. You’d get bored and it would be obvious that I don’t really understand biochemistry, I’ve just read a few articles. Assume that I’ve said interesting words about DNA and single-stranded molecules of genetic code and antigens. If you’re interested in the science, follow some of the links down below.

I’ll tell you a little more later about the possibilities for medical advances from mRNA research, but first you should meet the biochemist who deserves much of the credit for the Covid vaccines. Science combines individual brilliance with team effort, and of course many people have been part of the research that led to the mRNA-based vaccines. But Katalin Karikó single-handedly drove the research forward for decades, and she will deserve the Nobel Prize for Chemistry when it is almost certainly awarded to her in the next few years. 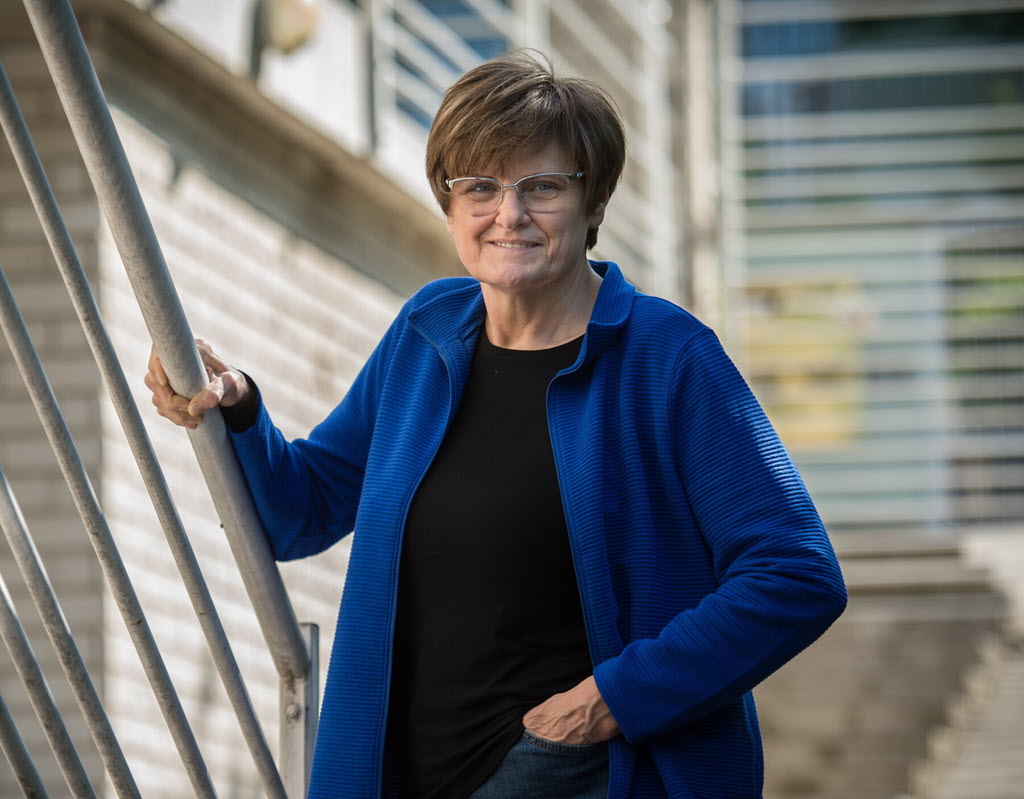 Back in 1978 mRNA was barely noticed and not at all understood. Katalin Karikó began studying it at the Hungarian Academy of Sciences with no encouragement or recognition – literally one of the few people in the world who saw any potential in this seemingly trivial way that DNA talked to proteins. In 1985 she brought her family to take a postdoctoral position in Philadelphia studying mRNA. She and her husband and two-year-old daughter had almost no money and could only afford a one-way ticket. They collected 900 pounds from selling the family car on the black market and avoided customs restrictions by hiding the money inside their daughter’s teddy bear.

Then came decades of rejection. Grant applications were rejected, one after the other, government funding, private investors – no one was interested. She was demoted at her school because her mRNA research projects showed no progress and no prospects of success.

There was a technical roadblock, a natural inflammatory response from the body that prevented all her good ideas about mRNA from working as planned. She worked for years, starting at 6am, sleeping in the office, working weekends and holidays. Along the way she raised an Olympic athlete (her daughter won Olympic gold medals on the US rowing team in 2008 and 2012) and somehow kept herself and her marriage together. Amazing lady!

She found a fellow believer, immunologist Drew Weissman, and in 2005 the two of them published a paper with the breakthrough that solved the immune-response problem. (That’s the paper that may earn them the Nobel Prize.)

The door opened. Karikó went to work on the practical applications that were now within grasp. Karikó and Weissman patented their work and started companies to continue the research. The vaccine work by BioNTech and Moderna is a direct outgrowth of Karikó’s science; in 2013 Karikó became senior vice-president of BioNTech.

By 2020, the groundwork had been laid for vaccines that could be programmed much like a computer, then delivered safely into the body with very precise results – easier to develop, safer, and far more targeted than traditional vaccines because (magic).

Until Covid, though, an mRNA vaccine had never been approved for human use. Many other people were working on it by that time, of course, but in the end it was Karikó’s unwavering devotion and belief in mRNA that got us to the point that the Moderna and Pfizer/BioNTech vaccines could be put into service, with miraculous results.

The Covid vaccines are the culmination of her life’s work. They are the vindication of decades of dedication and belief. Karikó may wind up standing with Watson and Crick, who discovered the molecular structure of DNA and directed the Human Genome Project, and Berkeley biochemist Jennifer Doudna, who won the 2020 Nobel Prize in Chemistry for pioneering work on RNA and the invention of CRISPR.

We can code messenger RNA to do our bidding – the Covid vaccines are a tremendous proof of concept. And we can edit genes with CRISPR using machines that have become startlingly cheap and easy to use.

Medicine will be transformed by what happens next.

There are scientists at BioNTech and Moderna working on coding mRNA to fight cancer, basically teaching our bodies to identify and kill cancer cells with no side effects. CRISPR is being used in trials to cure sickle cell anemia.

We can dream of curing cancer and sickle cell anemia.

There is theoretically no limit to the instructions we could give to mRNA to protect us against viruses, bacteria and other pathogens that cause infectious disease.

We may make progress seemingly overnight against many infectious diseases.

When another virus comes along that could turn into a global plague, researchers will be able to quickly recode a vaccine’s mRNA to target the new threat.

We may be able to develop and deliver vaccines so quickly that we can stop future pandemics before they get started.

At the same time, though, we may be entering one of the most dangerous and confusing eras of human history. The same tools can be used to create viruses that are far more contagious and deadly than Covid. CRISPR may be able to be used someday to create designer babies with inheritable genetic changes, which will start out as a utopian vision of “improving” humanity. We will have a difficult time dealing with ethical issues about access to designer DNA and the treatment of people who are deemed to be biologically inferior. Sound like science fiction? The first CRISPR babies, with genes edited to make them more resistant to HIV, are now almost three years old.

If you want to know more about mRNA science, Katalin Karikó, or what lies ahead, here’s some extra reading. Be prepared! It’s a revolution.

The Telegraph, ‘Redemption’: How a scientist’s unwavering belief in mRNA gave the world a Covid-19 vaccine

Wired, How mRNA went from a scientific backwater to a pandemic crusher

University of Alabama, COVID-19 mRNA vaccines: How could anything developed this quickly be safe?

Harvard Business Review, The CEO of Pfizer on Developing a Vaccine in Record Time

Medical News Today, How did we develop a COVID-19 vaccine so quickly?

StatNews, The story of mRNA: How a once-dismissed idea became a leading technology in the Covid vaccine race

Scientific American, The Dark Side of CRISPR