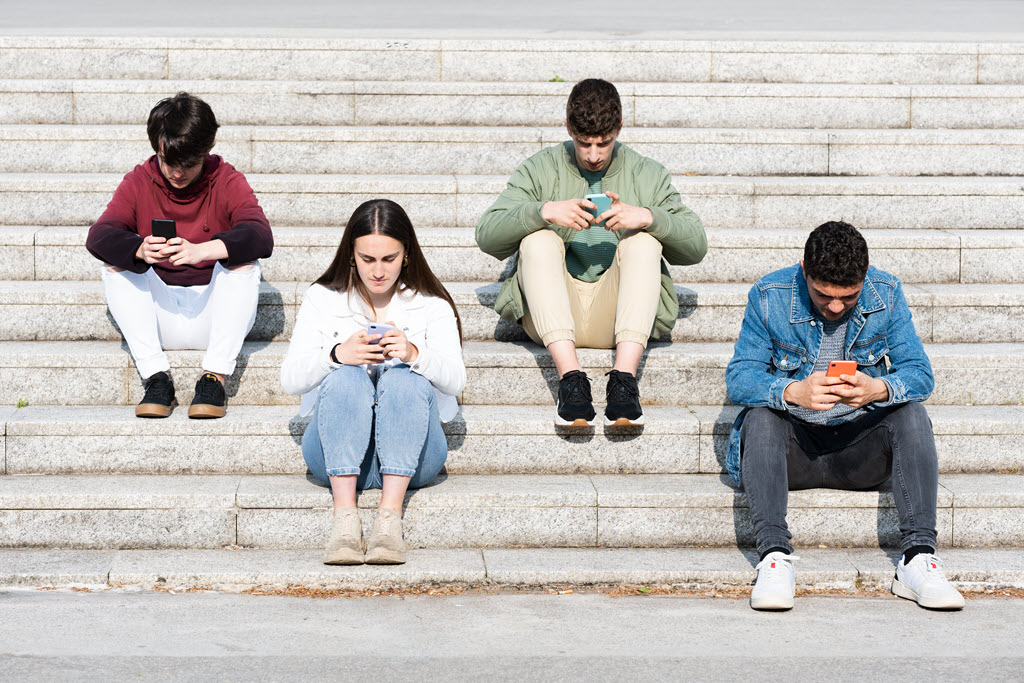 You’ve never heard any of my top songs.

With one or two exceptions, you’ve never heard of any of the artists.

That’s okay. I’ve never heard any of your favorite new songs, either.

We no longer share anything. We each follow narrow, closed niches. You think your niches are important and surely everyone is aware of developments in them. You’re wrong.

It’s not just music. It’s our world. Popular culture – music, movies, books, games. Hobbies. Almost anything else that defines you – an interest in science or volunteer work or spiritual activities or sports or who knows what.

No one outside that community knows anything about what you care about.

The music world has no center. It’s all slices, all splinters.

Rock music is dead for everyone except a rapidly dwindling audience of baby boomers. If you obsessively listen to classic rock, you’re part of a niche, a shrinking one. The bands and their audience are literally dying off; the last of the aging rock bands are squeezing money out of nostalgia tours while they can.

There are a handful of new bands playing rock music with guitars and drums and keyboards and bass; some of them are inventive and write good songs and are achieving a bit of success from the niche rock audience. King Gizzard & The Lizard Wizard will sell out the Hollywood Bowl next summer – but almost no one who isn’t already at one of their shows has ever heard of them. You haven’t, right?

You’ve never heard of Goose. They are the hottest new band in the land, generating huge buzz, set to be the next big thing – but only to members of the jam band cult. You don’t care. You’ll likely never hear the band name again and almost certainly will never listen to one of their songs, no matter how popular they become.

Old-fashioned promotion doesn’t work the way it used to. Beyonce released a new album this summer with maximum hype – nonstop interviews, coverage in every media outlet, social networks, TikTok, no avenue overlooked. The album got some plays, sure. Did you listen to it? I didn’t think so. Me neither. It’s already fallen off the radar. It left no cultural trace.

Beyonce has a big audience. I get that. But it is limited to hard core fans and that’s all. There is nothing to match our memories from fifty years ago when music cut across cultural boundaries and there were bands that appealed to nearly everyone and songs that everyone had heard.

There is an artist who absolutely dominated 2022. No other artist even came close. By any measure – Spotify streaming, album sales, concert revenue, whatever you want to focus on – one artist was the closest thing in the world to being an old-fashioned star.

Nope, sorry, Taylor Swift fans. She’s not anywhere close to being in that league.

It was Bad Bunny.

Here’s a summary from Bloomberg:

Now let’s take it a step further. Bad Bunny beat every single record label in the industry. The only label that even came close is Columbia, which charted songs from more than a dozen artists, including Harry Styles, Lil Nas X, Adele and The Kid Laroi. Bad Bunny songs appeared more than twice as many times as acts from Atlantic, home of Ed Sheeran, Bruno Mars, Cardi B, Lizzo and Jack Harlow.

Maybe – maybe! – you’ve heard of Bad Bunny. He was in the news a couple of days ago after a Ticketmaster snafu in Mexico City. Even if you know the name, I’ll bet you’ve never listened to a single thing he’s done.

That’s the point. It’s a world of niches.

Want another example? One author dominated book sales in 2022. In October she held six of the top ten spots on the New York Times paperback fiction best-seller list. The New York Times said: “To say she’s currently the best-selling novelist in the United States, to even compare her to other successful authors who have landed several books on the best seller lists, fails to capture the size and loyalty of her audience.”

Did you guess that it was Colleen Hoover?

Of course not. You don’t know who that is. You’ve never heard that name before, even though five of the top ten best-selling print books of any genre in 2022 are Hoover’s. That’s the point. Things that seem like a big deal to some people are completely outside the experience of others.

Everyone knows Elon Musk bought Twitter and is making a fool of himself and likely destroying the service. But – do you have a Twitter account? Probably not. There’s a good chance you’ve never looked at Twitter. It’s got a niche audience and no one outside knows the first thing about what’s going on inside the wall.

If you’re over fifty, you might still check Facebook and you think everyone does. But they don’t! It’s gone dead for younger people.

TikTok has a massive audience, but if you look at TikTok, I can guarantee you don’t see ANY of the same clips that I see. 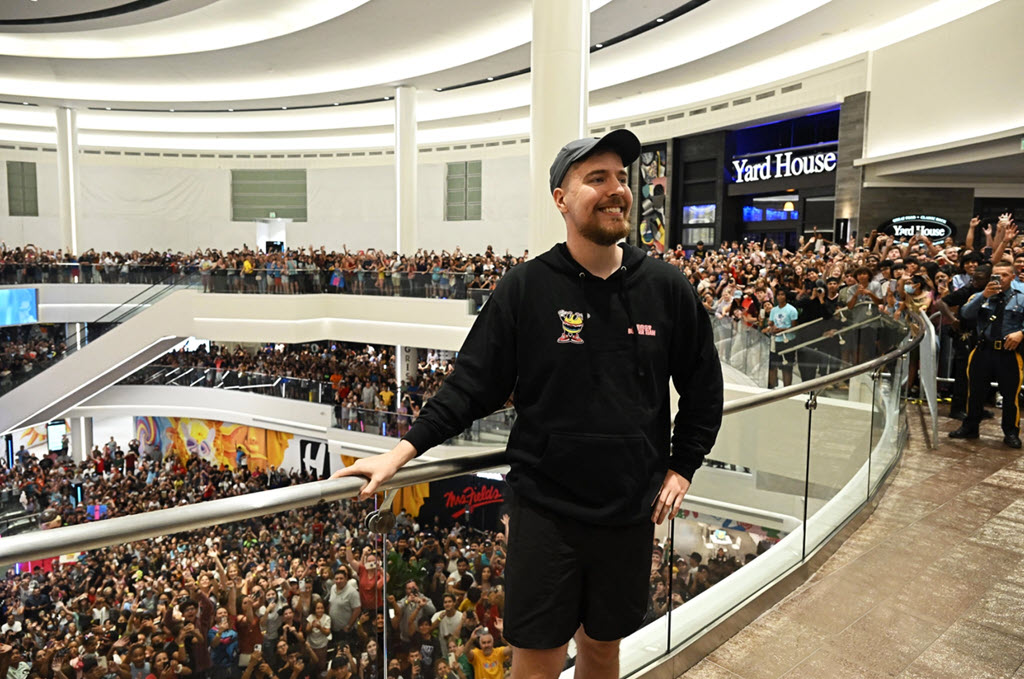 Old media – newspapers, People magazine, celebrity websites – don’t cover the niche social network stars because the audiences are too fragmented. But the next time you see a “celebrity” being noticed in public, there’s a good chance you won’t recognize them because their audience is on YouTube or TikTok or Twitch or Instagram or some other service you’ve never even heard of. Thousands of people clogged a New Jersey mall on a Sunday morning in September to see MrBeast, a YouTube star. See what I mean?

Feeling adventurous? Check out my Spotify Top Ten 2022 playlist. But I won’t be hurt if you don’t like it. It’s kind of what I expect. 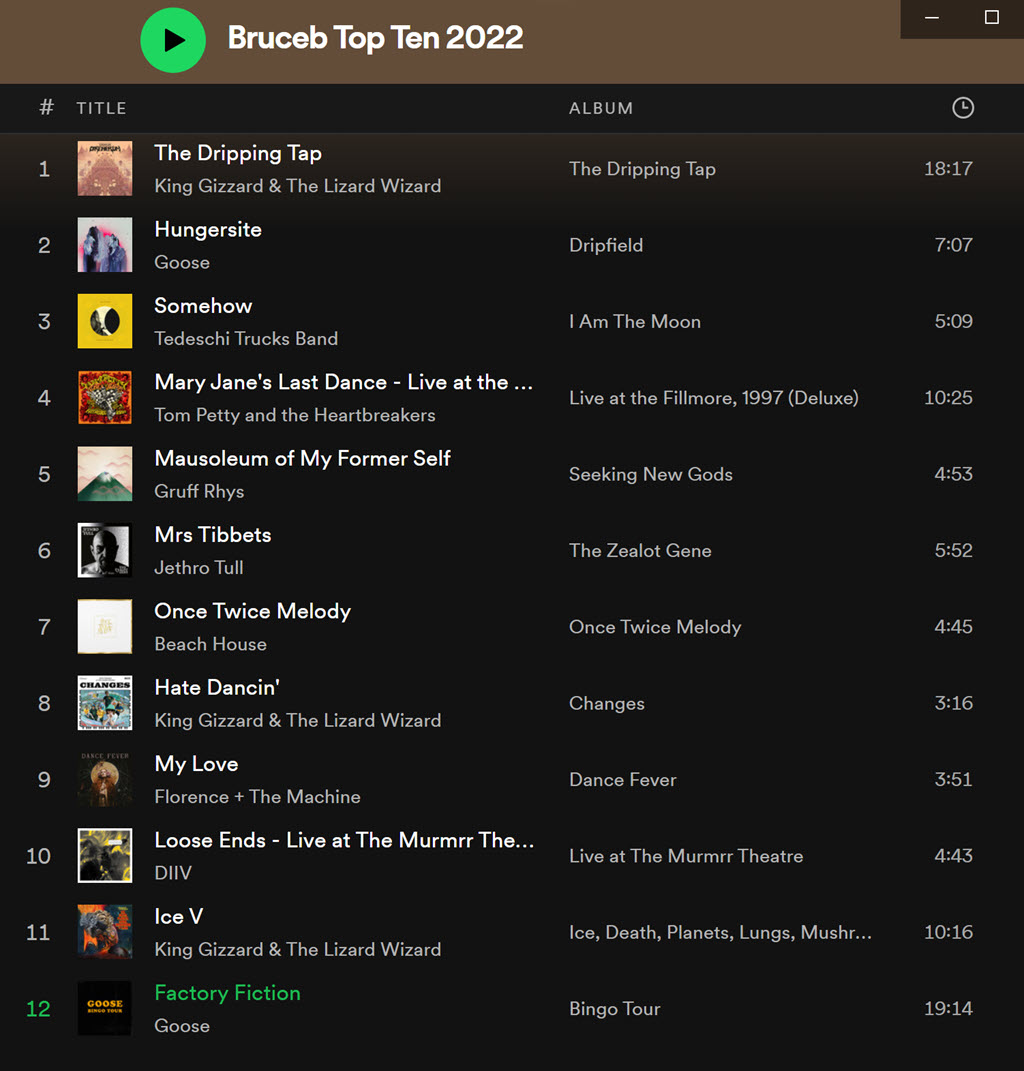