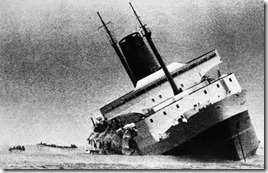 Windows 7 is a staggering achievement. Microsoft delivered exactly the right product at the right time and will completely dominate desktop computing for the foreseeable future.

Microsoft shows no signs of being able to do anything similar in any of the other areas that will be important to consumers and small businesses in the next ten years.

At some point in the next few months, Microsoft will roll out revamped versions of its Windows Live family – Hotmail, Messenger, Skydrive, and the main Windows Live portal. Some screenshots have leaked but very little information has been revealed about the details. Here’s a collection of blog posts about the planned changes.

There will be lots of integration between the various services. More social networking features will be introduced, trying to build your Windows Live portal into a place where you can gather together streams from Facebook and Twitter and use http://home.live.com as the first place you go online every day.

It’s likely that Microsoft will try to build an ecosystem around integration of the online services with the Zune music player and the next generation of Windows Phones, just as Apple has done with the iPhone/iTouch/iPod/iTunes.

Nothing will change this year, although Microsoft will spend a fortune trying to force its way into the conversation. My gut tells me there is zero chance that Microsoft sites will become the center of anyone’s online world or that Microsoft mobile devices will get much respect. Microsoft has lost its way and shows none of the fire and innovation that would allow it to be considered as a leader in the emerging world for consumers and small businesses built around social networking, mobile devices, and cloud computing.

And on and on. I’m talking primarily about perception here. The world is stuffed with people and I know full well there are hundreds of millions of Hotmail users out there. But Microsoft is not delivering the technology that will excite people and propel them enthusiastically into the world of mobile devices and cloud computing, and the products in the pipeline seem unlikely to change that. Paul Thurrott:

Long story short, I’m feeling a crisis of confidence here. I feel like we’re on a precipice. Microsoft is in no danger of failing; that’s ludicrous. And anyone who senses that this is somehow a plea for the Mac doesn’t get it; Apple already lost that fight. But it doesn’t matter, because the world is moving on. I’m thinking more of the future of computing, which is both mobile and connected, with post-PC devices like smart phones and cloud services connecting it all together. And though Microsoft is clearly making plays here, much of it reeks of too little, too late.

Microsoft has enterprise products in development that will ensure a profitable future for decades. It is building the foundation for large corporations to move their databases to the cloud instead of running and maintaining their own huge server farms. Microsoft is aggressively developing a cloud platform that may well change the world for huge companies.

For consumers and small businesses, though, there is a lot of reason to expect other companies to deliver the best, the most interesting, and the most useful technology. I’ll write about Windows Mobile 7 and Windows Live Wave 4, of course, but a lot of my attention is focused in other directions these days.

I’ll tell you tomorrow about my fear for the future of Live Mesh that causes some of this angst.