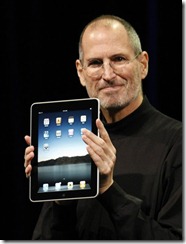 A commenter pointed out there are two versions of the iPad commercial on YouTube, identical except for the shape of the iPad. Apparently the commercial that aired was the one that consistently shows the square iPad.

Compare two pictures at the five second mark of each video – one from the YouTube video named “iPad TV Commercial – 2010 Oscars,” and the other from the video I looked at named “Apple iPad TV Ad [HD].” 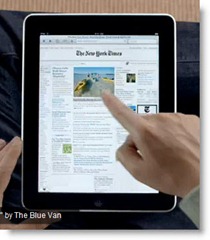 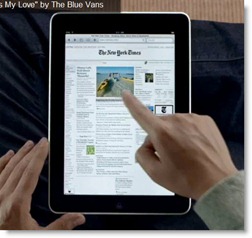 Apple has a new TV ad for the iPad that appears to be deliberately deceptive.

One of the strangest choices for the Apple iPad was its shape – nearly square, like an iPod or an old-fashioned TV, instead of widescreen, taller and narrower, like an iPhone or a widescreen TV. The proportions of an old TV or CRT monitor are 4:3 – almost square. A new widescreen TV or monitor is proportioned like a movie screen, usually 16:9. The screen on the iPhone is not quite true widescreen (it’s somewhere in between 4:3 and 16:9), but one of its selling points was the iPhone’s ability to function as a “widescreen iPod.”

The iPad held up by Steve Jobs is built on the old 4:3 ratio, reportedly at 1024×768 resolution. You’ve probably seen widescreen movies on an old square TV. Either the left and right sides of the movie get chopped off, or there are black bars on the top and bottom of the screen. The Unofficial Apple Weblog posted this picture to demonstrate how big the black bars would be for widescreen movies on the iPad. 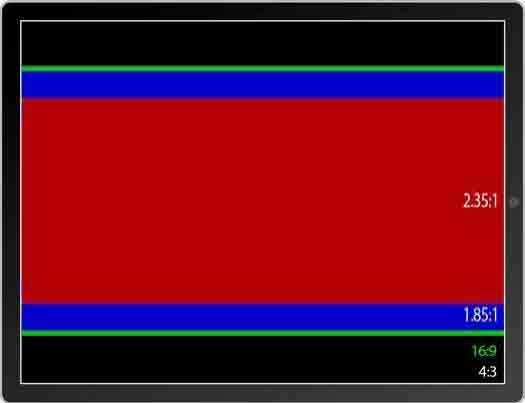 Watch the shape of the iPad in the TV ad that Apple launched during the Academy Awards. The commercial cuts constantly between two different devices that have different shapes. It’s far more than can be explained by camera angles. 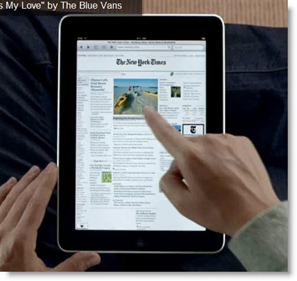 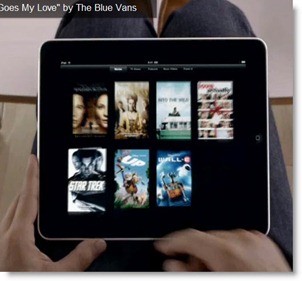 During the thirty second commercial, the taller, narrower iPad appears in a number of shots where the iPad is shown vertically. (A couple of seconds from the movie Star Trek are shown on the square screen, with the shot carefully chosen to conceal how much of the widescreen movie is being cut off from each side.) 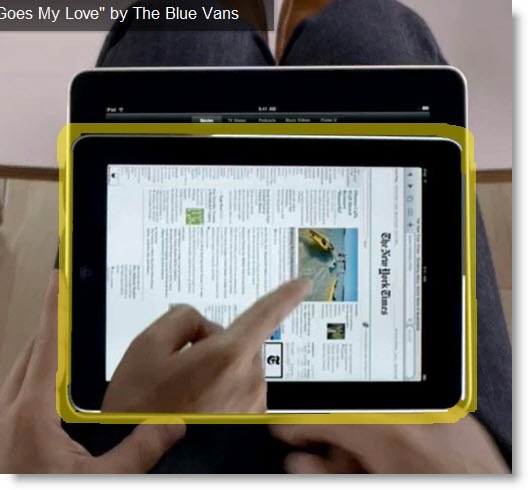 What’s that all about? It’s a weird bit of deception when the actual device will be in the stores within a few days. Presumably it was done because the iPad looks better as a slimmer widescreen device, which gets back to the original question of why it was designed to be square in the first place.