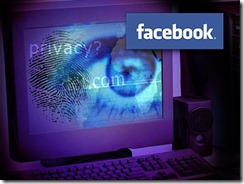 In the golden glow of hindsight, there was a wonderful time when big companies would do things that were good for their customers because that was likely to be the most profitable choice, and because it was the right thing to do.

Big companies still consider doing good things for their customers – but it’s only one element in their thoughts and can easily be jettisoned if there’s more money to be made from treating customers badly and profiting from the ones who feel locked in or don’t have any reasonable options.

Facebook has a locked-in audience. No other social networking site has the momentum to unseat it. Its integration with mobile devices and programs and web sites puts it in a position that will be difficult or impossible for competitors to match.

Tens of millions of people signed up with Facebook with reassurances that personal information and chit-chat would be restricted to a particular group of people. Some people form big groups of fake “friends,” some limit their groups to family and close friends, but there has always been a feeling of control over how far your information was going to spread.

The control is breaking down.

I don’t have a strong need for privacy. I decided a long time ago that it was easier to live life as a boy scout – loyal, courteous, trustworthy, that sort of thing – so I don’t have much to hide. (I have a Facebook page – want to be my friend? I’ll be your friend. I don’t post anything interesting on my page and to be honest, I don’t much care what you post on yours, but hey, if I know you, I’ll be your Facebook buddy.)

But there are many legitimate reasons you might want to keep details private. Perhaps there’s some reason you don’t want it to be easy to find out how old you are, where you went to high school, what town you live in, or what comments you’re making in Facebook to your closest friends.

There is big money to be made from personal information. There are endless ways for Facebook to make money once it decides to sacrifice your privacy. Basic economics: once a company has a monopoly, it can charge more without offering additional benefits. In the case of Facebook, the service to you is free; the “charge” is your lack of privacy, as Facebook gets revenue from advertisers who have been given information that you didn’t intend them to get. 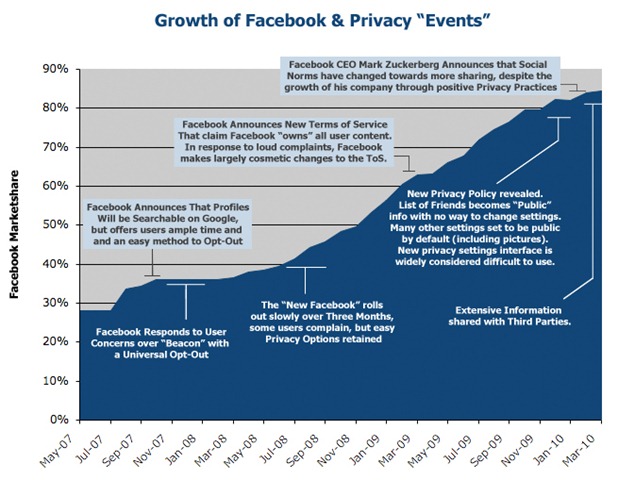 Facebook has been making changes to their privacy policies constantly, obsessively, and every single change has resulted in more information being disclosed. The options for privacy are deliberately difficult to find, difficult to use, and constantly shifting. There is a rising level of criticism, to the point that the New York Times wrote an article about it this morning, following an embarrassing and ill-timed security glitch. I expect a full-blown PR push soon from Facebook to address this and promise that they will be transparent and fair and everyone’s privacy will be respected. It will then immediately get back to work making money off your personal information. 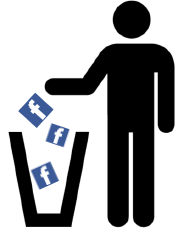 If you are concerned about privacy, you might want to read some of the articles about Facebook’s increasing willingness to give you up for money. The Electronic Frontier Foundation has pointed criticisms of the new “Connections” feature. This blogger found out that your pictures and conversations and data might be available for weeks or months after you delete them, thanks to the complex interaction between Facebook and its “content delivery providers.” Want to quit? Boing Boing has links to articles about reasons to consider deleting your Facebook account. It’s not easy to delete your account, as this blogger found out, but he supplies some useful tips and links.

I’m not going to delete my account . . . yet. Be very cautious about what you write, about what’s in your profile, about the pictures you post! More than ever, you should assume it’s all out in public.