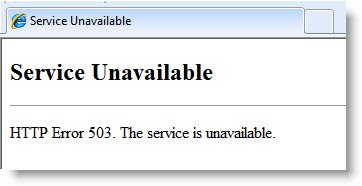 There is an interesting consequence to the development of a global population obsessed by technology: it’s become very difficult to introduce a new service and have sufficient capacity for it to start successfully.

It’s nothing new. Back in 2004 online gaming service Steam crashed repeatedly in the first few days after Half-Life 2 was released. In 2006 Google had to suspend signing up new accounts for its web site hosting service due to heavy demand after it introduced a new web page creator. In 2008 Microsoft underestimated demand for Photosynth, a service for linking photos into three-dimensional reconstructions, and had to limit access to it until things died down. There have been many more similar meltdowns under excessive demand for new services.

Today wildly popular sites like Engadget and Gizmodo lovingly document every step in the process of development and release of new web services and devices. Communities of people breathlessly await the first day of availability of almost any new service – enough to crash the resources made available almost regardless of how carefully a rollout is planned.

Apple has dealt with this problem frequently, most recently a couple of weeks ago when AT&T’s servers were brought crashing to the ground when orders began to be accepted for the new iPhone 4. That was just a one-day reflection of the bigger problem that AT&T has had with the popularity of the iPhone, which has overwhelmed AT&T’s data network in many cities for the last couple of years.

The rollout problem hit a smaller company a couple of days ago when “Fring” had to limit access to a new feature of its iPhone app that allows video calls over AT&T’s 3G network due to “network stress.”

Microsoft has updates coming for a number of its Windows Live products, including some extensive updates for Hotmail. It’s staging the rollout behind the scenes, moving slowly and introducing the new look to customers at random intervals, presumably to avoid the rollout problem. Under 1% of the Hotmail users had been given the updated features as of a couple of weeks ago, and the plan is to roll it out in stages over a period of several weeks.

Keep the rollout problem in mind as you see reports of more meltdowns in the months to come. I have it in mind because I think the rollout problem might have played a role in the way Microsoft has redesigned its services for syncing files and storing files online. More about that tomorrow!