Everything You Want To Know About Cloud Computing 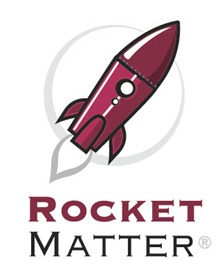 Larry Port, founding partner of Rocket Matter, dropped by the news page yesterday and gently suggested that Rocket Matter is actually a fine name for a law office practice management program. (He might be right. It does have the advantage of using words in the English language, which seems hard to come by for new products these days.)

It drew my attention to a short collection of articles that can be obtained from Rocket Matter about what it means to talk about “the cloud.” Go over to this page and fill out the request for the white paper, “Understanding Cloud Computing For Legal Professionals.” You’ll get an email link to the PDF in a couple of minutes.

The first article is a friendly overview of cloud computing with as little technical jargon as possible.

“Cloud computing ultimately has a simple purpose: it allows people to leverage the Internet for application use, data storage, and other tools. This capability is what most consumers think of when they use the word "cloud" and it permits us to come up with a reasonable definition: A collection of utilities built on Internet technologies for on-demand services. . . .

“When your data leaves your office and goes off into the Internet, it lives on a computer or group of computers. Your actual bits and bytes may be in Texas, along the Columbia River valley, or in some other location.

“Amazon and Google, having assembled massive cloud computing environments, are equipped to handle periods of high usage. However, they realized that for periods of low usage, they had a lot of valuable additional capacity on their hands. It’s similar to companies discovering they could sublease extra office space.

“The leading providers quickly understood the value of their cloud configurations to the growing legions of Web 2.0 companies, Software as a Service (known as SaaS) developers, and providers of any connected services. So they went beyond selling extra capacity, and set up dedicated resources, namely new product divisions and entire data centers outfitted specifically for their clouds. Amazon introduced Amazon Web Services and Google released Google Apps. Salesforce.com, a leading Software as a Service company, introduced Force.com, and Microsoft launched Windows Azure.”

The second article describes a visit to a data center in Florida – fascinating reading!

“From the outside, the NAP of the Americas is large, windowless, and ugly, and in a random area of downtown Miami. Architecturally, the primary purpose of the structure is to survive disasters. In fact, the NAP is designed to survive Category 5 hurricane winds, in excess of 155 MPH. The panels on the exterior walls are seven inches thick and made of steel-reinforced concrete. The floor of the data center is built 32 feet above sea level, in a FEMA-designated low risk flood area. Its fire protection system is specifically designed with the health of electronic equipment in mind.

“Touring the data center, I was freezing. I was told to wear long sleeves to the facility but would have been better served by a jacket. Server computers generate heat as they process information, and with thousands of such machines mounted in close proximity, data centers must take measures against overheating and consequently, machine failure. At the NAP, we saw what’s required to cool the data center: a hallway the length of a city block lined with 15 foot-tall air conditioning units.”

The article goes on to describe the elaborate security measures, the backup generators, and the redundant Internet connections. Go get a copy of the white paper – you’ll be better equipped to understand the wave of services heading our way.