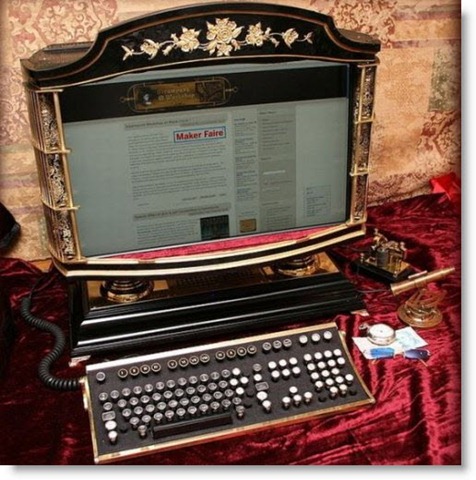 Small businesses bought a lot of computers in 2004 and 2005. Windows XP had been on the market for three years and early compatibility problems had been resolved. Small businesses cleaned out the aging Windows 98 80386 computers to take advantage of the new OS and new programs.

This is the year to repeat the process. Windows 7 is a mature version of Windows Vista – for all intents and purposes, the current version of Windows has been on the market for three years and early compatibility problems have been resolved. Businesses should be clearing out the old Windows XP computers to take advantage of the new OS and new programs.

Those Dell Dimension 2400 and Dimension 3000 boxes under your desk are five or six years old. (So are the old Compaqs and eMachines, the old homebuilts, and anything beige.) They have the accumulated detritus of years of security updates, service packs, program upgrades, forgotten and obsolete utilities and media players, and oh so much more. They are slowing down and fading away. Prepare to say goodbye. Begin to empty out your belongings and get ready to drive them to the retirement home. Prepare your business technology budget for their replacements.

In the last month, out of nowhere, I started getting calls from a number of clients complaining that something had tipped the old computers over the edge, making them so slow as to be unusable. What I’ve found is that it’s not any single thing – there’s no update to uninstall that will make everything okay. It’s the accumulated weight of the years of changes since those computers were assembled.

If you have a five or six year old computer in your business, plan to replace it soon. The hard drives will fail. Programs will crash. New programs won’t run. Processing will slow to a crawl. Later this year Microsoft will release the first big wave of programs that will not run on Windows XP, accelerating its inevitable decline. It is easier and cheaper to replace a computer on your own schedule than on the computer’s schedule after it fails.

In the meantime, there are two things you should do if you’re not going to replace those computers right away.

If disk space is low, here is a list of my Windows XP cleanup techniques. Please be cautious – some of these tricks should only be done by trained professionals on a closed track.

Hopefully you understand my point. The old computers are dying. There’s nothing to do that will prolong their life. I have nothing left in my bag of tricks to make them work better. It’s over. Get ready to replace them.