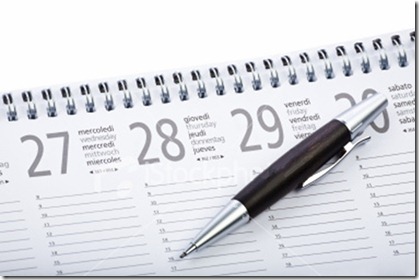 Almost every law office winds up using some kind of specialized line-of-business software. For most types of law, especially litigation, that means case management software designed to bring all the information about a matter into a single place – the contacts (client, opposing counsel, insurance agents, witnesses, deponent), the case calendar and deadlines, phone conversations, billing records, and if possible, links to documents and email.

In some respects those are just variations on the kinds of records that are tracked by many kinds of businesses. There is a certain comfort in having labels that are specific to your work, so I seldom see lawyers using generic programs like Act or Outlook Business Contact Manager. (Actually I seldom see anyone using Act or Outlook Business Contact Manager, but never mind that.)

The same few case management programs have been available for lawyers for many years: Abacus; Amicus; Time Matters; Prolaw; TABS. (PCLaw has some case management features shoehorned into it – and it deserves a lot of the same kind of criticism – but it is primarily a billing and accounting program. And let’s not forget billing program Timeslips, whose bugs and quirks have been driving lawyers mad for decades.) There are many other smaller players that come and go but those are the long-standing players.

Age has not improved them.

All of those programs are regularly updated, so I don’t want to exaggerate their shortcomings, but to my eyes every one of them shows clearly that it was designed a long time ago and never given the complete rewrite that would make it comparable to a new program in features, design, and usability. They are hobbled by the need to keep old data working from one version to the next, so most of them are still built on antique database technology. The designs are frequently all too similar to the design chosen when the program was created back in the days of Windows 3.1, out of fear that long-time users will be frightened by a major redesign.

The result is a group of programs that are creaky. Sure, each of them can be made to work and users get accustomed to them, but there is no joy and users put the phone numbers for tech support on their speed dial. They are buggy as standalone products and the developers seem baffled by the challenge of integrating with the ever-changing programs and devices that we use. All too often it requires expensive services from a certified consultant to begin using one of those programs – and the consultant then becomes a constant companion to fix problems.

I’ve accumulated anecdotal experience with all of those programs, helping offices get set up with them or deal with glitches. The experiences have frequently been frustrating and difficult. I’m not a certified consultant and don’t have any special insight into any of the programs, so I’m only reporting my own limited experiences and the sense that I get from the articles and comments that I see online as I browse through blogs and support forums. A few specific examples:

Almost every vendor resorts to that last excuse when they want to end a call about buggy software, by the way – it’s either your network equipment, or it’s Microsoft’s fault. It’s a variation on the SEP field, described by Douglas Adams in one of the books in the Hitchhiker’s Guide to the Galaxy series. It’s the effect that causes people to ignore things because they’re Somebody Else’s Problem.

“An SEP is something we can’t see, or don’t see, or our brain doesn’t let us see, because we think that it’s somebody else’s problem…. The brain just edits it out, it’s like a blind spot. If you look at it directly you won’t see it unless you know precisely what it is. Your only hope is to catch it by surprise out of the corner of your eye.

“The technology required to actually make something invisible is so complex and unreliable that it isn’t worth the bother. The "Somebody Else’s Problem field" is much simpler and more effective, and can be run for over a hundred years on a single torch battery.

“This is because it relies on people’s natural predisposition not to see anything they don’t want to, weren’t expecting, or can’t explain.”

Time Matters is the latest program to go through a lengthy decline. When I’ve talked to certified consultants (and even TM tech support in unguarded moments), I’ve consistently heard that the program has gone downhill fast in the last few years. Current owner LexisNexis has muddled the program focus with name changes and half-hearted explorations of other markets and program bundles (not the least of which was the short-lived Billing Matters). Customers are being hit harder than ever for expensive support contracts and annual upgrades, even when those upgrades are really just glorified service releases. I’ve seen frequent references to the departure of senior developers and support people.

In a particularly embarrassing episode, LexisNexis was forced to issue warnings about Service Release 3 for Time Matters 10 a few weeks ago, after it proved to to have little bugs galore plus a showstopper bug that would crash Word 2010 and Time Matters on a 64-bit version of Windows. (A hotfix has been rushed out that might fix the problem – or might not. Want to be the one to find out the answer?)

John Heckman was a long-time Time Matters CIC who became critical of TM’s direction and recently wrote his farewell to the program.

“With the brain drain of Time Matters programmers, including with some programming apparently now being outsourced, with senior Quality Control people having left, I now believe that LexisNexis is no longer capable of maintaining the original quality of Time Matters. The latest fiasco with Service Release 3 for TM 10 was the final nail in the coffin. This is an objective assessment, independent of the more subjective issue of whether the current leadership is adequate to the task or even has the desire to maintain Time Matters at the quality level it was under Bob Butler. Given the number of Time Matters consultants who have more or less surreptitiously been looking around for other options, I believe this assessment is widely shared, if not expressed.”

I haven’t known what to tell lawyers looking for guidance about case management programs for the last few years, but I saw a demo last week of a new program that gave me hope, and perhaps a glimpse of the future. I’ll tell you about that in the next article!