Postscript – Some Notes About Skype 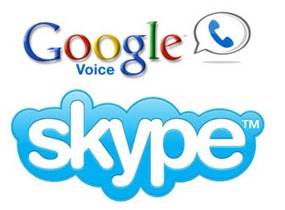 Skype is best known for its program that runs on a computer to call other Skype users for free anywhere in the world, but Skype is able to do several other things now – things you’ll recognize from what I’ve been writing about Google Voice.

Skype is built on the same technology to carry your voice over an Internet data connection for as much of the journey as possible. A Skype call to another Skype user travels over the Internet the whole way. When Skype is used to interact with landlines and mobile phones, the call stays on the Internet until it is routed into the telco circuits at the last minute.

Here’s an overbroad but useful generalization to sum things up: 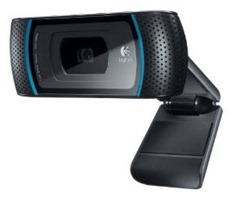 I also just invested in a Logitech C910 webcam for video calls with Skype. It’s the latest and greatest webcam technology. If you happen to get one, two things to know:

There’s one more technical note that allowed me to fulfill my goal of having you see only my Google Voice number when I call you. I purchased a Skype subscription to make unlimited calls with Skype to US phones. Skype allows a non-Skype phone number to be shown in the caller ID for outgoing calls. 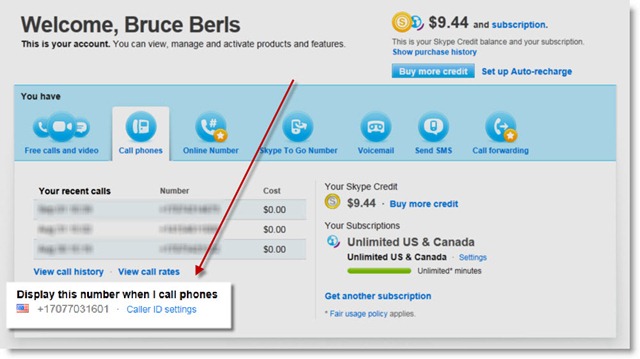 It can be set up for any phone where you can receive a text message. That requirement was part of what started this long project, because it was only recently that a text message from Skype to a Google Voice number would appear on an Android phone. Once that was sorted out, it began to work: I call you from Skype and you see my Google Voice number.

Throughout all of this setup and experimenting, one thing has been constant, one reliable part of the experience has turned up over and over, every day, every week, month after month, using two different headsets, two different office phones, three different models of cell phone, with connections carried over Comcast circuits and Verizon circuits and the Internet. The part that never changes:

“Hello? Hello? Are you still there? You cut out for a second. Hang on. Is that better? Let me call you back on the other line. What? Hello?”